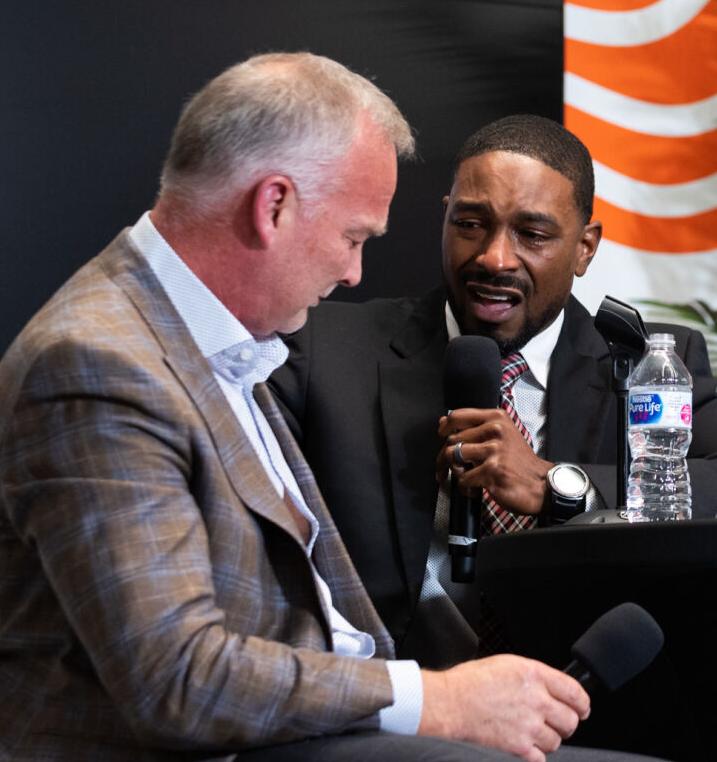 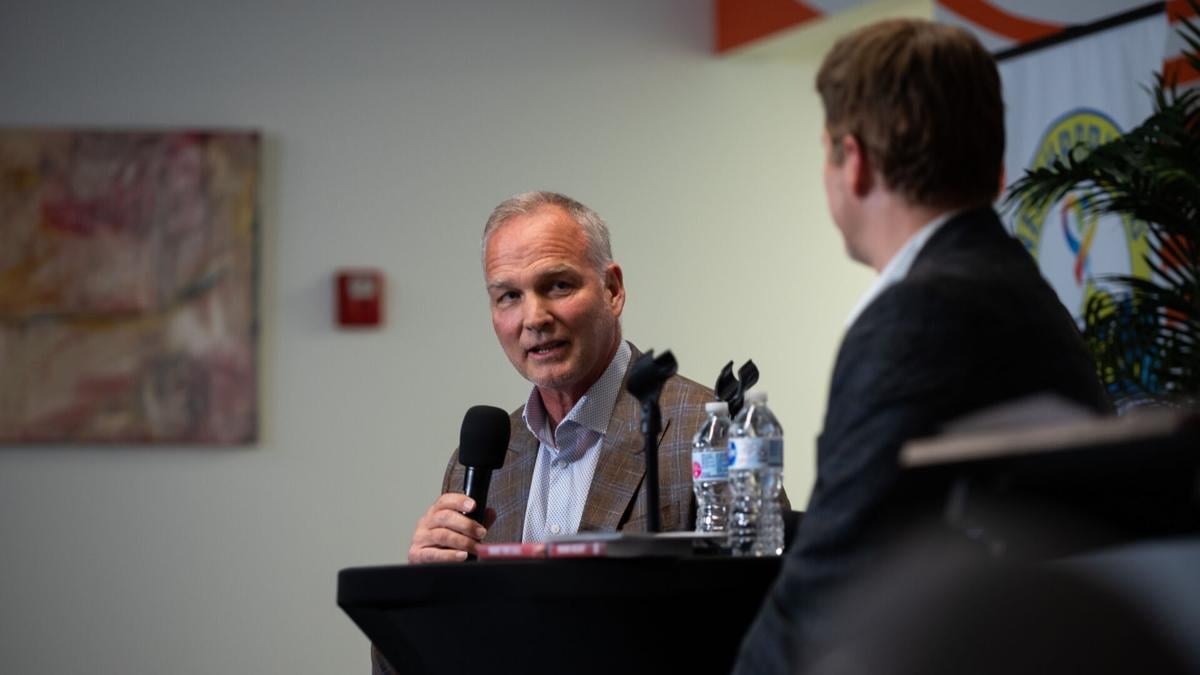 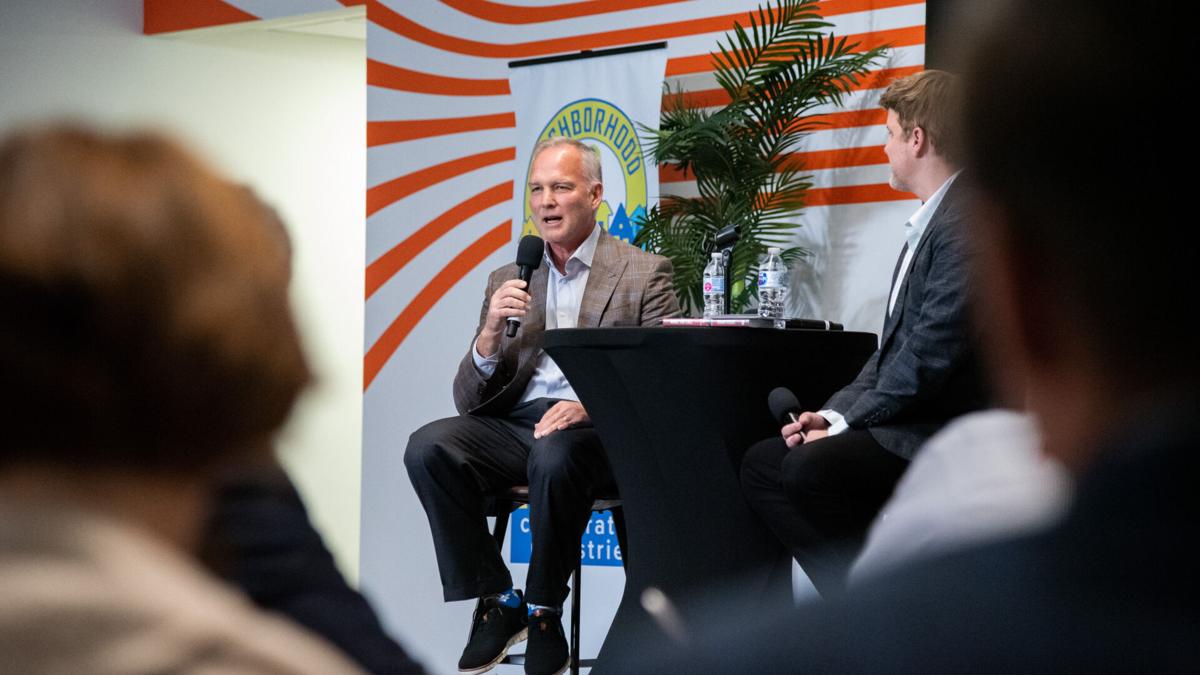 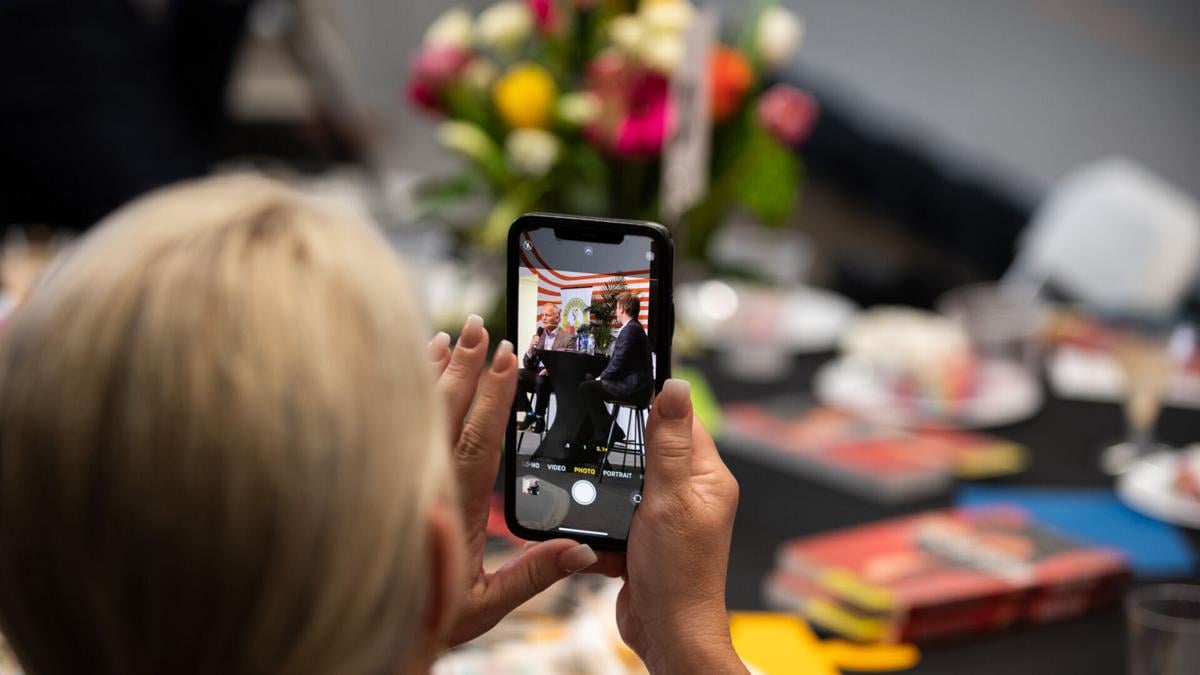 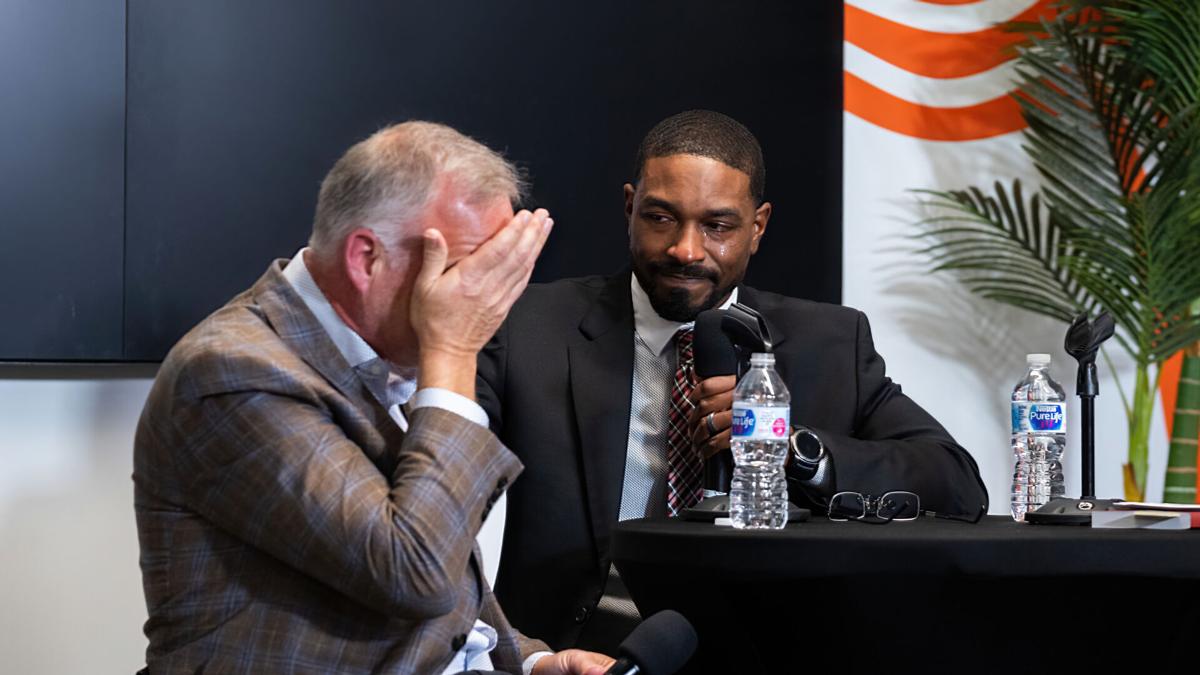 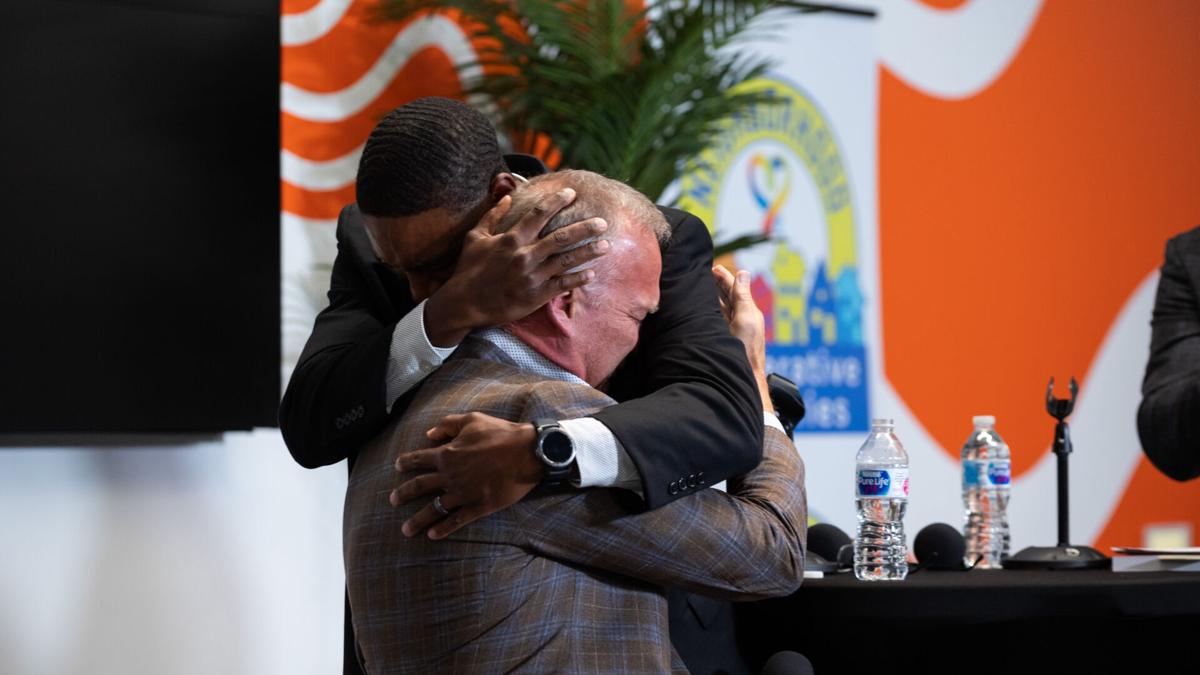 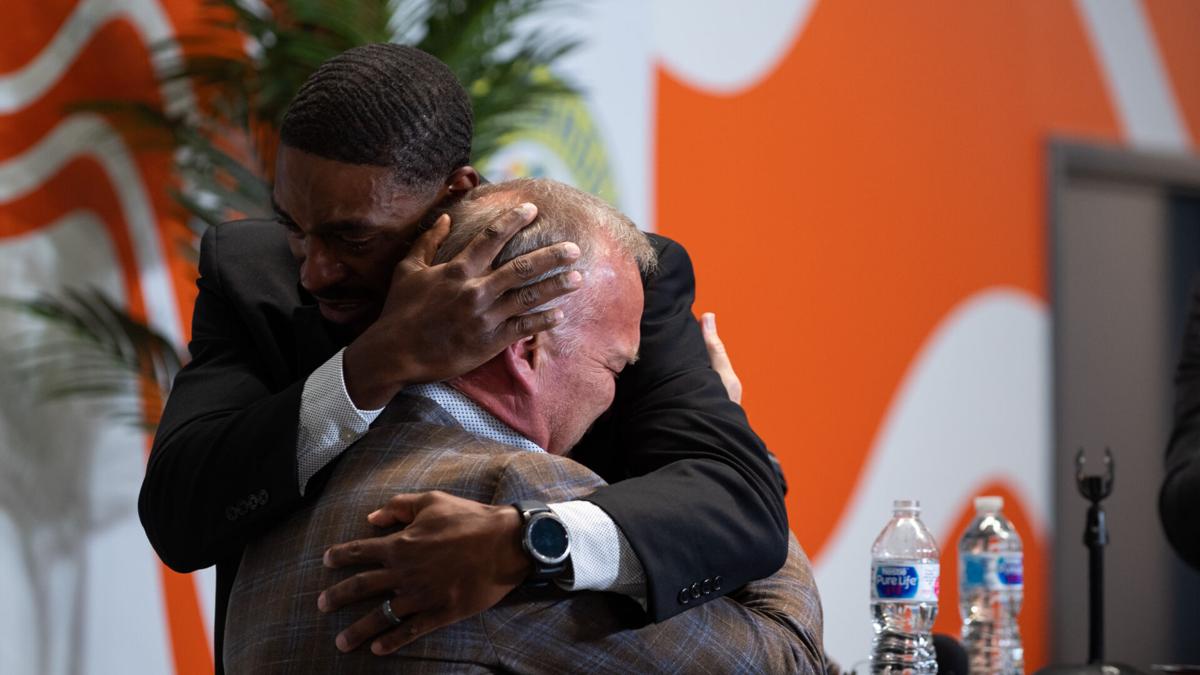 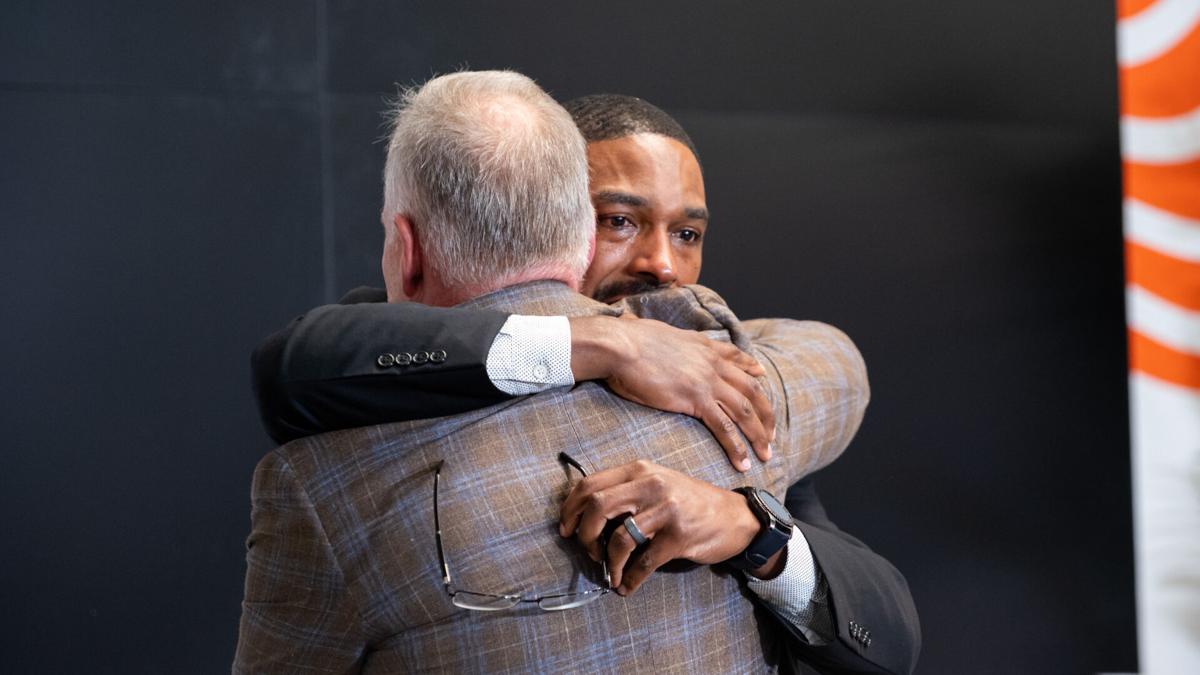 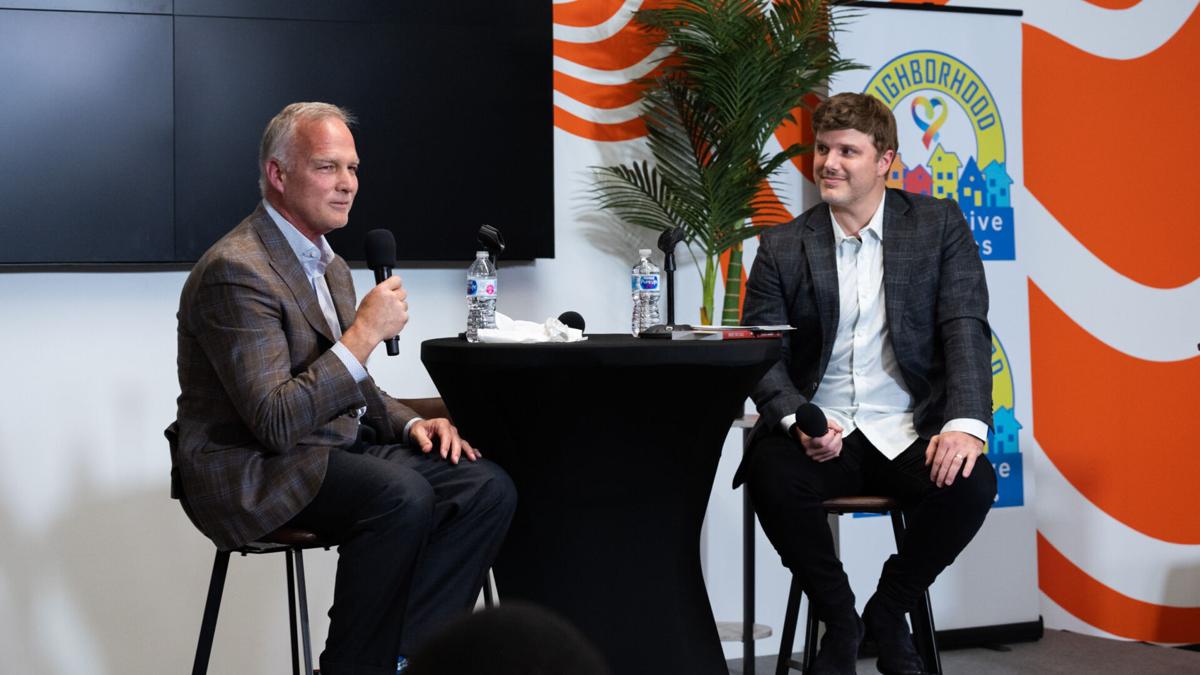 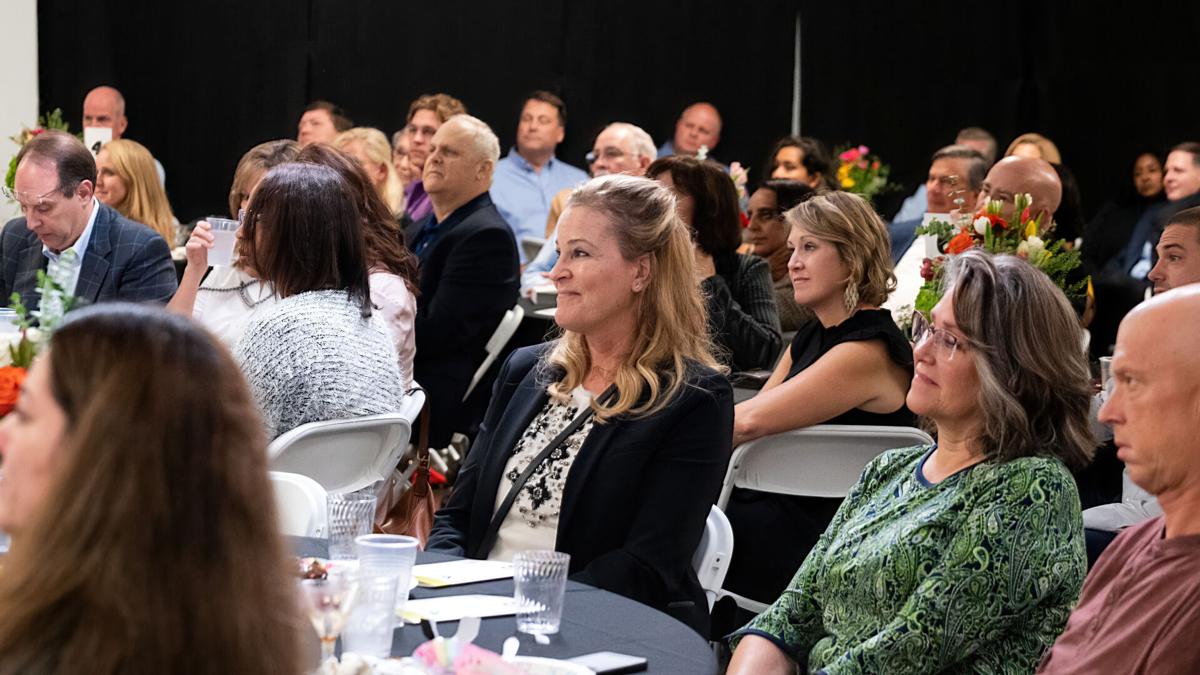 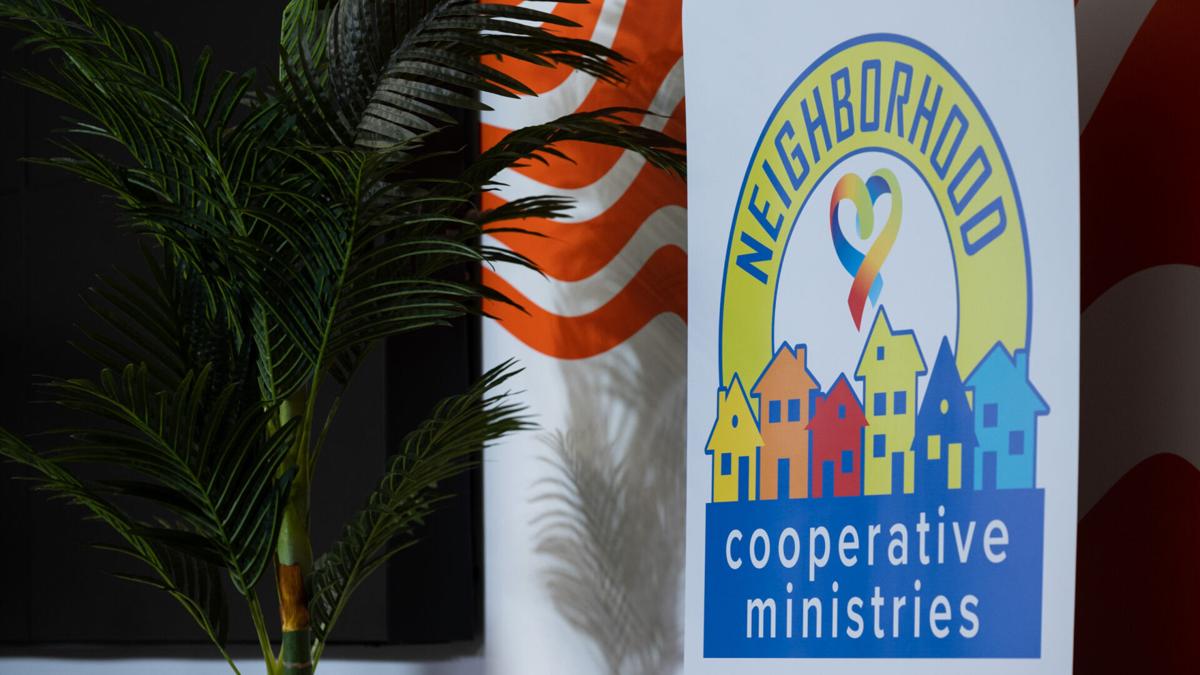 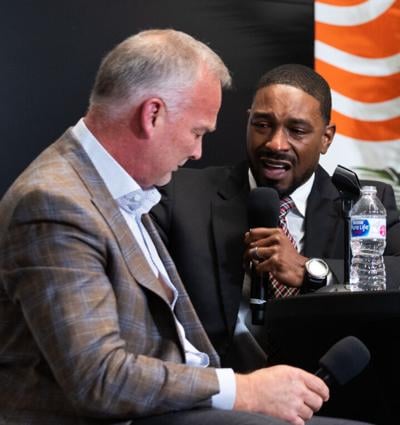 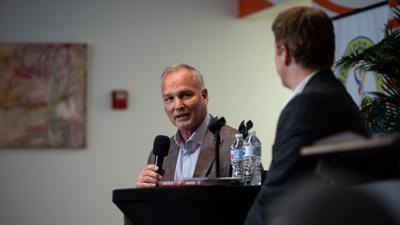 If Mark Richt had any reservations about the impact he had on his players, they were all but eradicated on Tuesday night.

The former University of Georgia and University of Miami head football coach was the headliner at the Neighborhood Cooperative Ministries’ 2021 celebration, speaking to hundreds of attendees that had a goal to serve others in need about his life and his faith. He didn’t expect someone he’d helped in the biggest way possible to make an appearance.

Tra Battle, one of Richt’s former players at Georgia, told his story about a night he will never forget. He had retired from football and returned to UGA to finish his degree, but felt like his life had no direction. He drove to a bridge near Athens, but right before he was about to jump, something told him to call Richt, who he hadn’t spoken to in years.

Richt’s response saved his life, Battle said. Richt invited Battle to his house, where former teammates and a chaplain were waiting. Richt paid for Battle’s therapy, and on Tuesday, Battle made his appreciation known.

“I’ve never said this to your face, Coach,” Battle said to Richt. “But I thank you. I thank you for saving my life. I thank you for being there when I made the call, and you answered. I’ll always be grateful for the man that you are.”

Neither of them could hold back their tears as they embraced in front of a standing ovation.

The event itself was a way to save lives in a different way — raising money for families in need in southwestern Gwinnett County, including those that have been upended by the COVID-19 pandemic. In the last year, the co-op, which provides food and job fairs among other services, was able to make an impact more than ever before.

“We had been doing this for 30 years but I don’t think until COVID hit we realized how important we were to the community,” NCM Executive Director Shirley Cabe said. “We’ve never had anything like that before, of course. People in the community are already at risk anyway, but then to bring COVID in on top and for us to be able to be there — we never missed a day. We stayed open the entire time.”

The event featured an auction, with 100 percent of the proceeds going to the co-op’s operations. Before that ended, though, Richt spoke about his life and his football career. He had the latter planned out perfectly out of high school, but it didn’t exactly turn out the way he’d envisioned.

“I had my game plan,” Richt said. “I was going to start as a freshman, be an All-American my second year, win the Heisman by the third, and then go pro. The only problem was Jim Kelly started to live my life for me.

“My identity was in football. I was a football player — that’s who I was. That’s the dangerous thing that we do sometimes, we make what we do who we are. That’s not very wise.”

Richt also touched on his recent Parkinson’s diagnosis, crediting how he’s handled it to the peace derived from his faith.

“Having time to think about it, I really have been thankful for my life and everything I’ve had to this point,” he said.

Tuesday’s event was the biggest that NCM had ever put on, organizers said. In the past, the co-op had raised $60,000 to $70,000 through fundraisers. But through sponsorships, organizers said the co-op had already raised $260,000 before Tuesday. Even so, the organization sees more challenges to meet on the horizon.

“I think what I would want people to know is the need for families who are dealing with COVID, it’s not over,” NCM board chairwoman Elizabeth Gross said. “The reality of it is, what I think we’re about to see is a lot of people who are not going to be able to pay their rent when the grants come off. There’s still going to be immense need in our community to help those families stay housed.”

And community service is certainly something Richt showed his appreciation for. During his time at UGA, he made sure his players served in some way, and not just for the community’s sake.

“If you help someone else that can’t help you back, it does something to you,” he said. “It changes your spirit and it changes the way you think about life.”

Over-the-top Halloween displays from across America

The Critics Choice Awards Will Be Simulcast on the CW & TBS

Which Shows Aren’t on During the World Series?

POLL: How are you planning to celebrate Halloween this weekend?