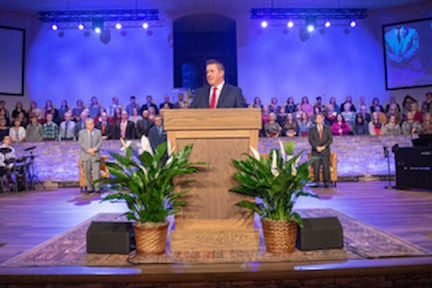 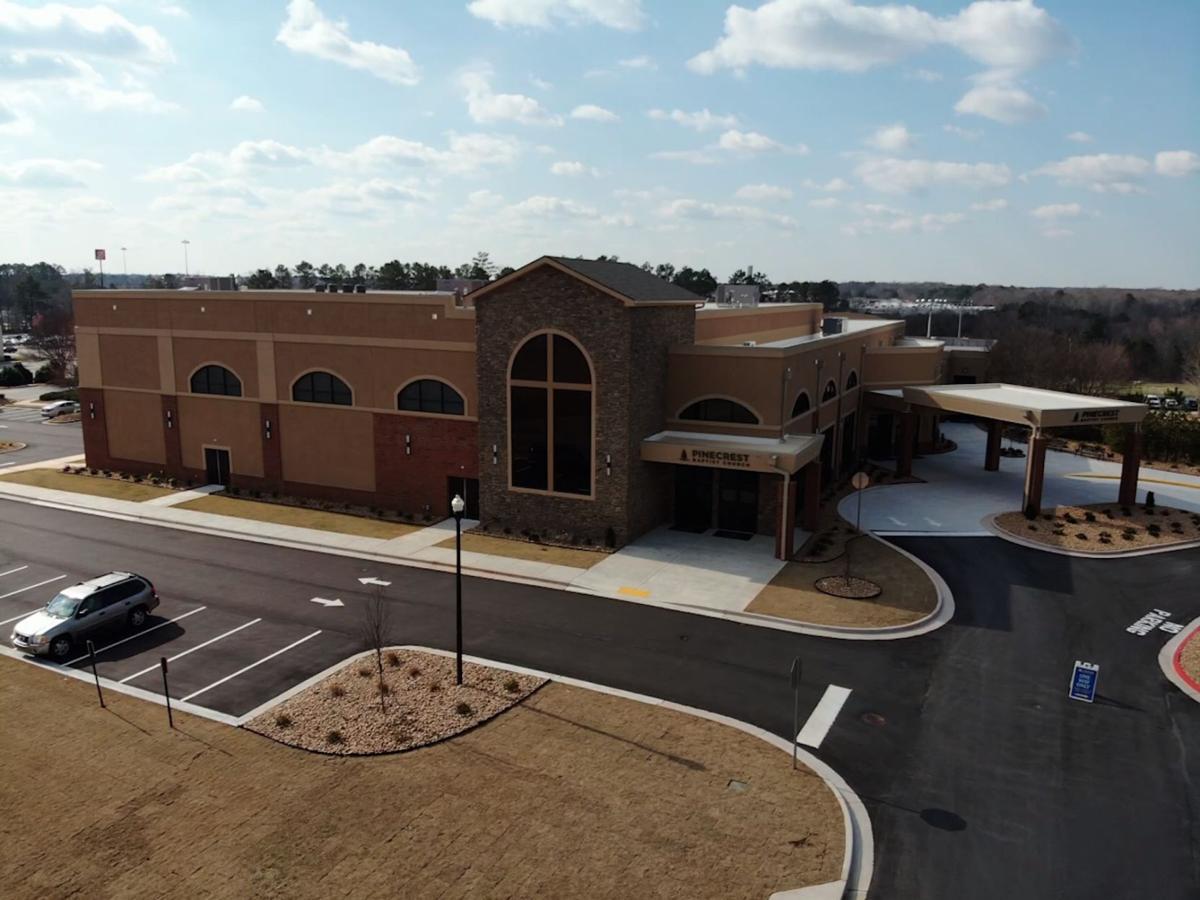 The new worship center at Pinecrest Baptist Church in McDonough 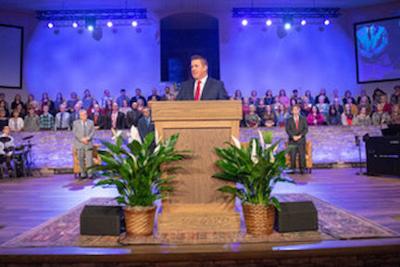 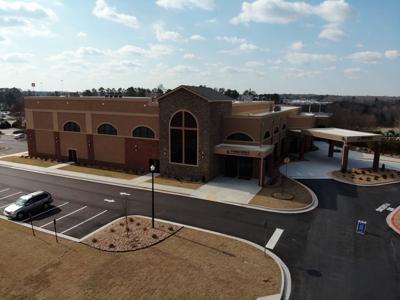 The new worship center at Pinecrest Baptist Church in McDonough

McDONOUGH — On Sunday, Jan. 26, Pinecrest Baptist Church in McDonough dedicated the Heritage Center, its newly completed worship facility, during morning church services. Senior Pastor John Anderson reflected on the name choice: “Pinecrest desires to rejoice in the accomplishments of the past while still looking forward to what God will do in the future. We want to be honoring yesterday and continually inspiring tomorrow.”

The pastor delivered an impassioned, compelling message on “The Mindset of a Heritage Builder” to a congregation of more than 700. His challenge for all in attendance was to “leave a legacy that will last for all eternity.” At the close of the message, scores of young people gathered on the platform to visually illustrate the importance of reaching the next generation.

In the service were a number of guests, along with several individuals who had played a significant role in the church’s design, construction, furnishing and financing. The dedication service of the 23,000-square-foot facility was also broadcast live by New Life Radio.

Pinecrest’s new facility marks the first major building project in the 13 years the church has been at its present location. The congregation was formed in Morrow in Clayton county nearly 60 years ago and has been located on its present 30-acre campus at 175 Foster Drive since 2007.

The new auditorium now has the “look” and “feel” of church, an emotion not always encountered while worshipping in a gymnasium, which they had done for several years. The stand-alone Heritage Center now has a 120-seat choir loft, large platform for orchestra, keyboards and the entire music team, along with a state-of-the-art audio-visual system and permanent theater seating. Live streaming of services is available across a growing social media presence. Capable of seating nearly 1,000, it more than doubles the previous capacity.

While ground-breaking to completed construction took just over a year, planning was more involved. As a result, the new facility is much more family-friendly. Additional entrances and exits, enhanced security, and added parking including more handicapped spaces greet those who drive onto the campus. Landscaped “curb appeal” is evident. A portico allows families to be dropped off and stay dry during inclement weather.

In addition, “concierge” service is available from the time one arrives at church. There’s an “army” of volunteers including parking attendants, golf cart shuttles, and a warm welcoming team of greeters and an information station once inside the building. An ample lobby and refreshment center invite members and guests to fellowship prior to the service.

Perhaps the most significant insight of the morning came from Henry Wentz. He and his wife Becky have been members for 50 years, joining just a few years after the church was chartered in 1962. Reflecting on the dedication service, Henry expressed the viewpoint of many in the congregation when he said, “While Pinecrest has a great heritage, the promise of the future is even brighter as many families and individuals continue to make it a place for them to serve and advance the cause of Christ.”

Commemorative plaques were placed on the church campus as a reminder of the heritage that had been established and the importance of building a bridge to reach the next generation. Those in attendance also received mementos reflecting the importance of leaving that legacy.

Additional information about the church can be found at pinecrestbaptist.com.

Something showed up on this weather radar, but it wasn't rain. Would you believe it was birds?

Amazon shoppers like these earbuds better than Apple AirPods