Follow all the latest coverage of the coronavirus outbreak in Henry County and around the world at henryherald.com/coronavirus.
1 of 5 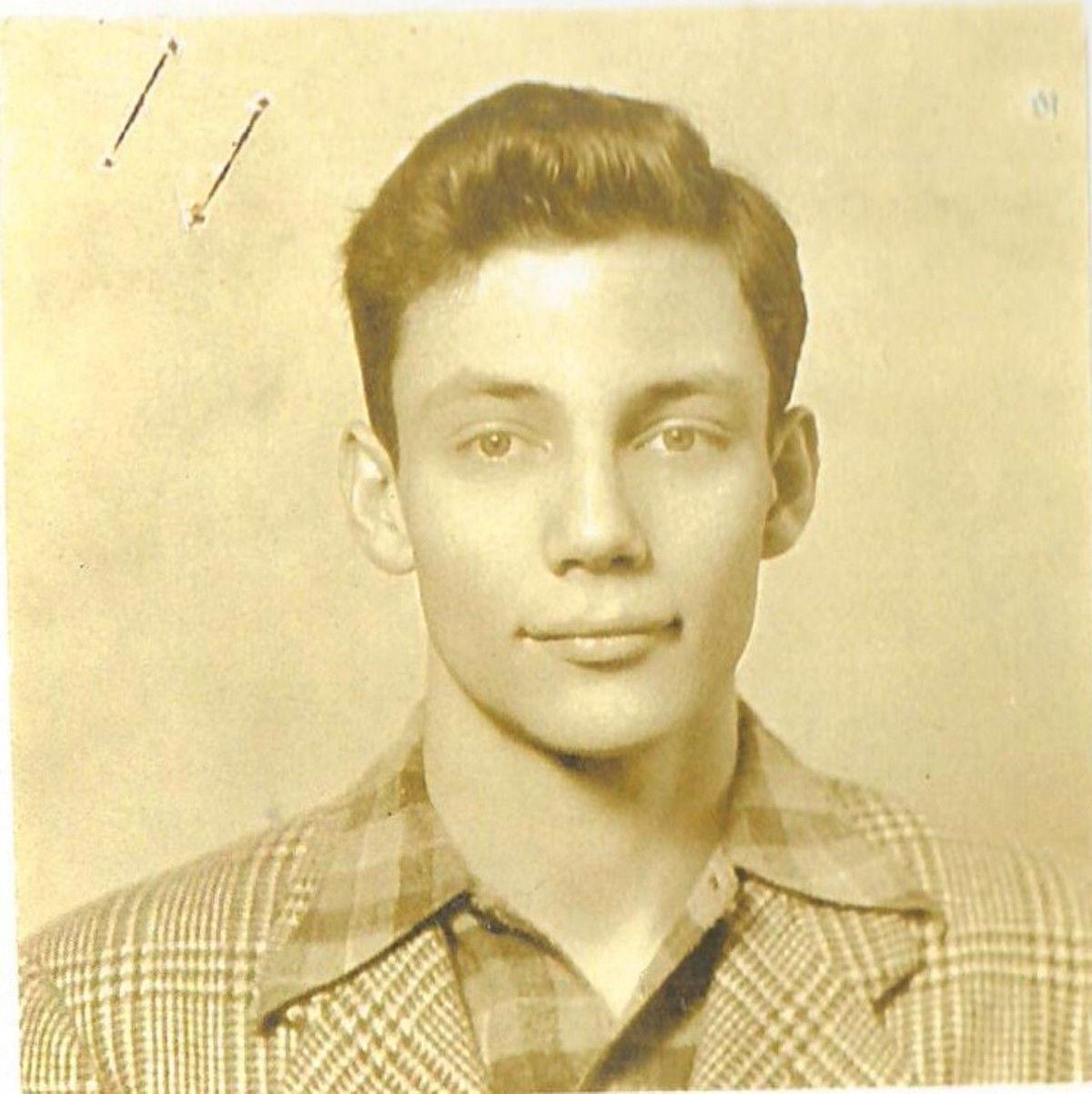 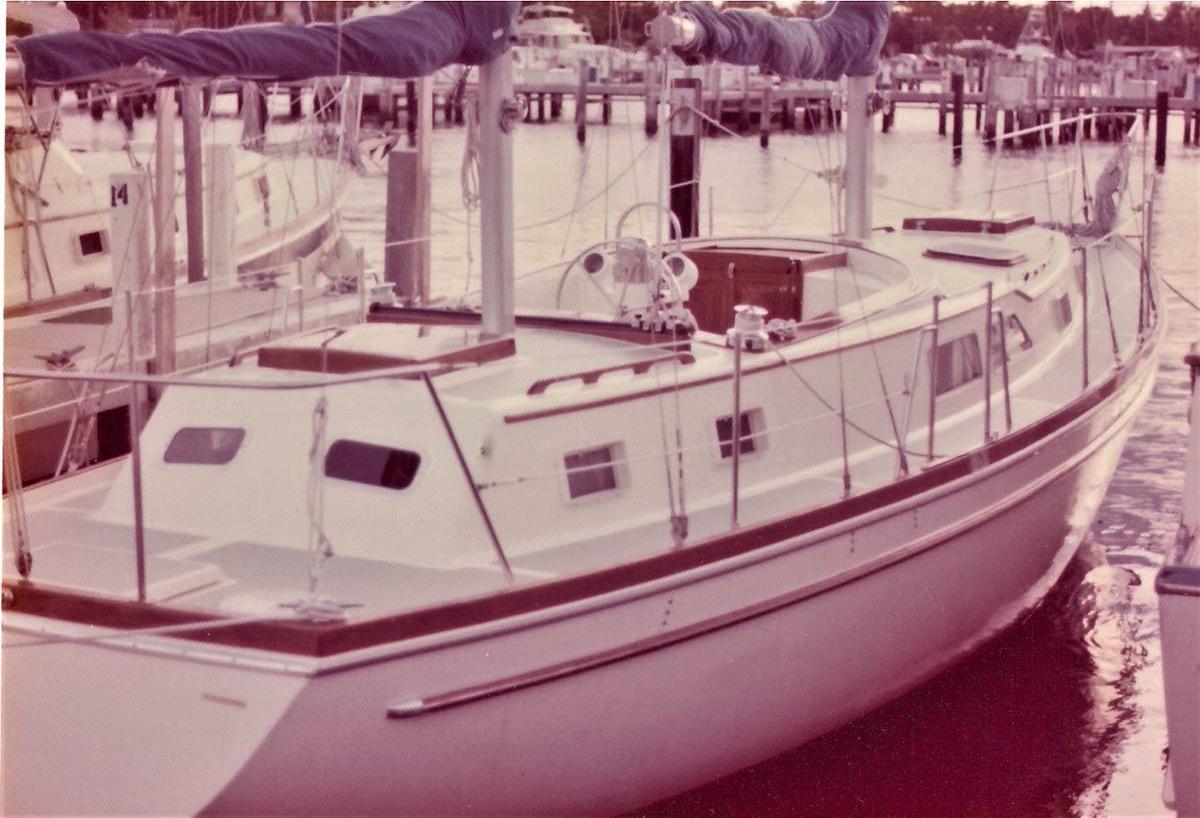 The yacht Dr. John Lane donated to the Boys Club. 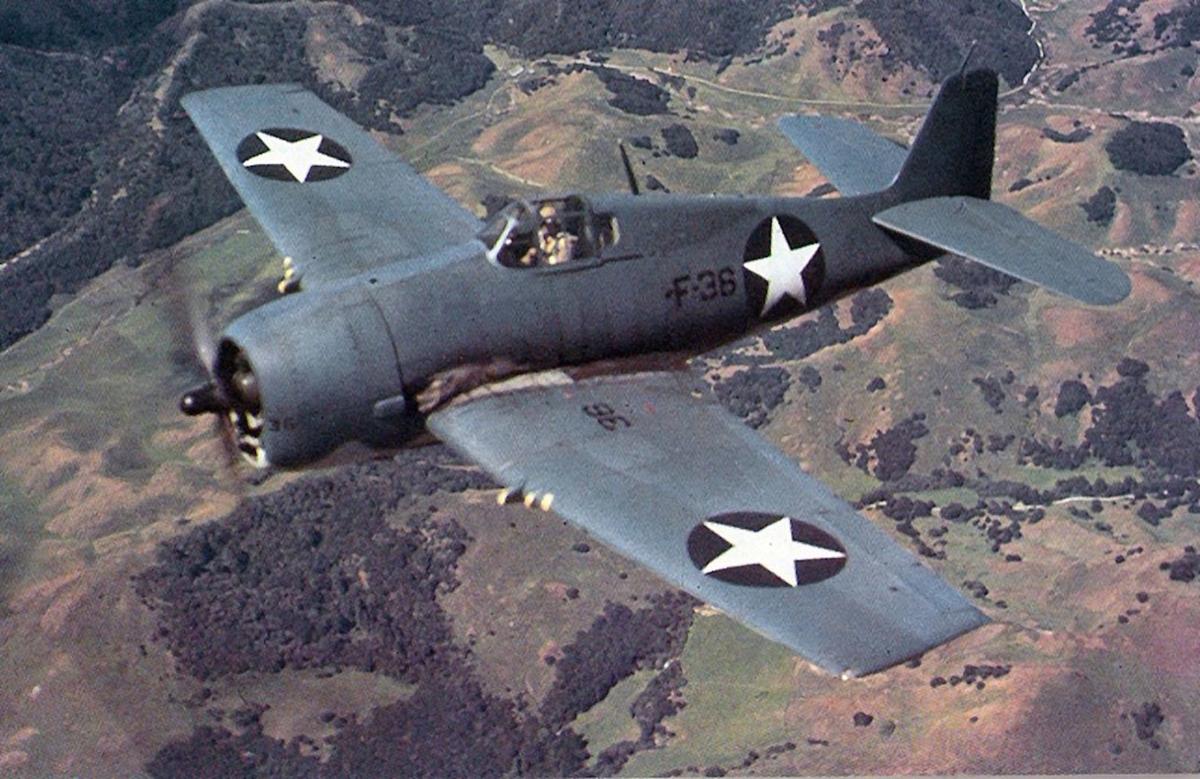 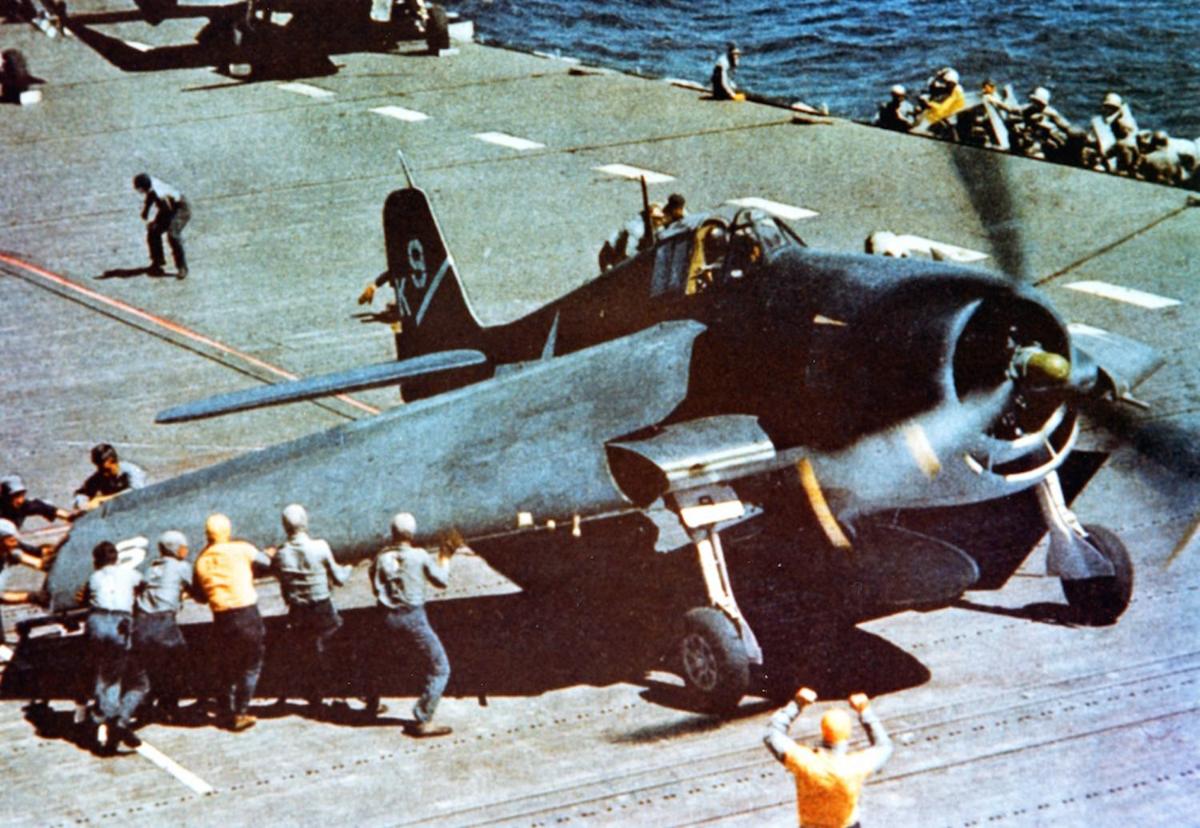 An F6F Hellcat aboard the USS Yorktown with its folding wings deployed for takeoff. 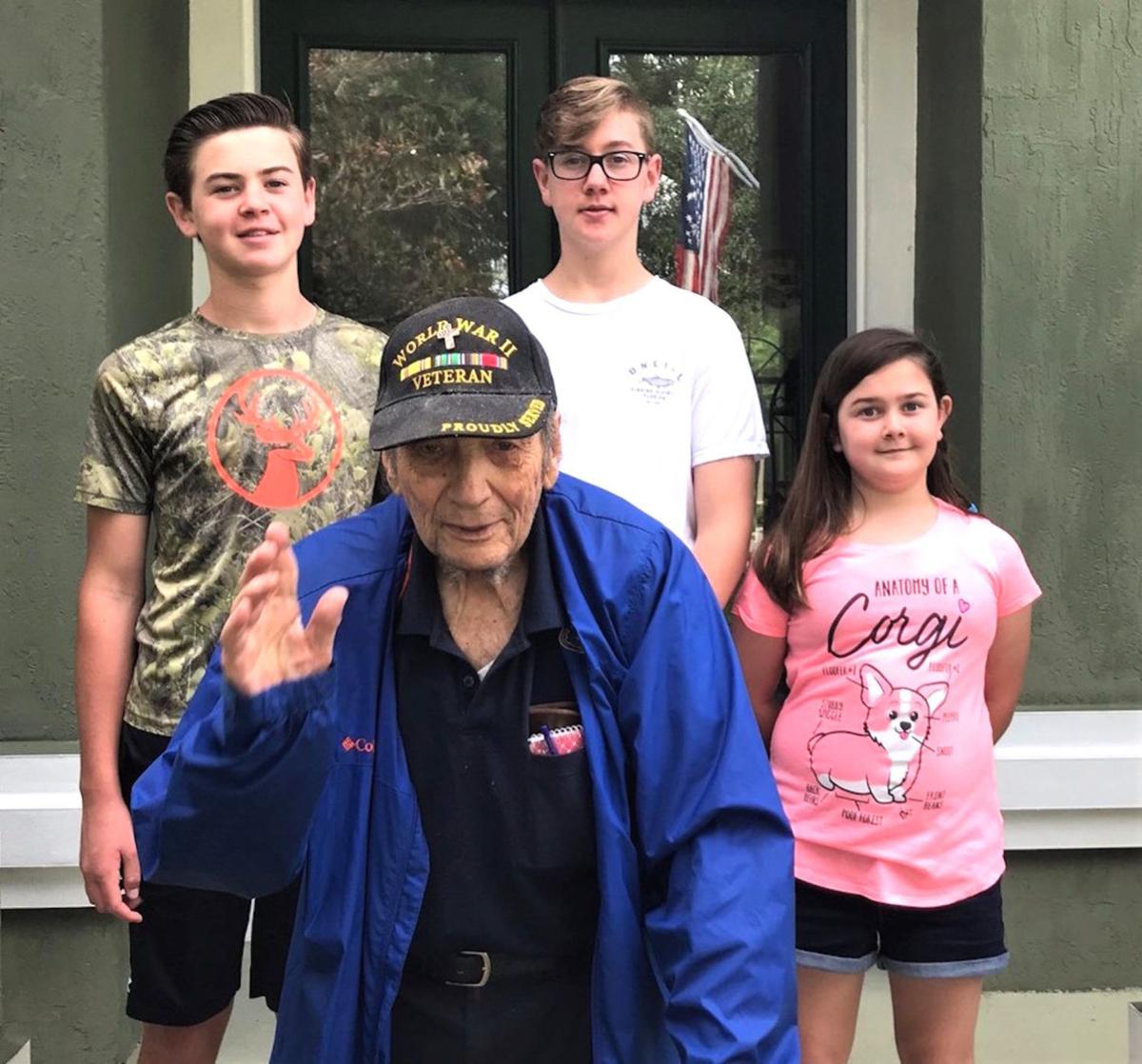 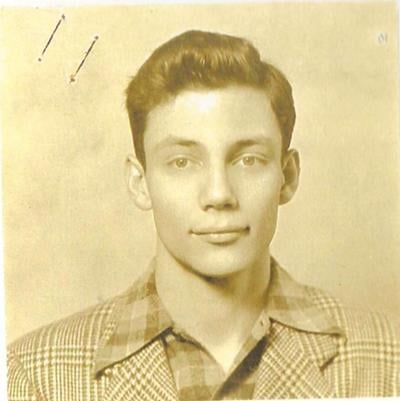 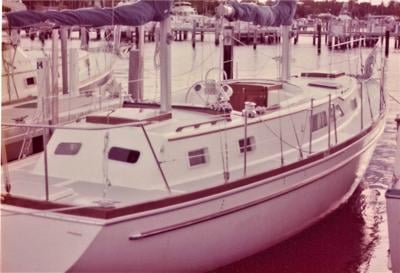 The yacht Dr. John Lane donated to the Boys Club.

An F6F Hellcat aboard the USS Yorktown with its folding wings deployed for takeoff.

A unique thing about our aging World War II veterans: they may forget what they ate for lunch, but they can remember every minute spent on the black sands of Iwo Jima, the lethal enemy fire on Omaha Beach, their 25th bombing mission over Germany, working on Navy Hellcat fighters during WWII or becoming one of the most renowned pediatricians in the state of Florida. Such is the case of 97-year-old Dr. John G. Lane Jr., and this is his story.

Dr. Lane recalls, “I was born in Millen, Ga., in 1922 but Orange Park, Fla., became my home by my second birthday. The Great Depression hurt a lot of folks, but my father worked for Ward Baking Company and ran a delivery outfit. He developed his own moving company and delivered ice. He was also a pilot, but he and a buddy had a few too many one day and hit a tree. They both survived. I flew, too, but only model airplanes, and avoided trees.”

How many siblings, Dr. Lane?

And you recall Pearl Harbor?

“Of course. I graduated from Robert E. Lee High School in 1941, then started college in Valdosta, Ga., at Emory Junior College. I was in pre-med. I wanted to go on to complete my education to become a doctor, but after Pearl Harbor all that changed. On Dec. 7, 1941, we were sitting on the steps when we heard the news about the Japanese attack. I remember how worried and concerned we were. Within a very short time the staff was gone from Emory Junior College to join the war effort. I moved to Atlanta to attend college at Emory’s main campus, and I became a member of ATO fraternity. But duty called, and after a year I joined the Navy in 1942.”

Where did you take basic training?

“Pensacola, for six months or so, then went to Jacksonville NAS (Naval Air Station). I was trained in Pensacola to work on the Grumman F6F Hellcat, the best fighter the Navy had during the war.”

Why were you chosen to work on Hellcats?

“I was interested in aviation. The obsolete Grumman Wildcats were being outmaneuvered and outgunned by the quick and nimble Japanese Zeroes, so Grumman designed and developed a better fighter, the F6F Hellcat. The Hellcat was an excellent fighter with a Pratt and Whitney engine and shot down more Zeroes than any other airplane.”

Did you work on the engines?

“Yes, mostly in testing the engine. I guess you would call me a cockpit expert, I knew the Hellcat cockpit in and out, everything about it. When the plane was ready, I’d start the engine, rev it up, check the rpms, check all the instruments, then turn it over to the pilot.”

Tell the readers about a Hellcat cockpit.

“Well, it was nice and roomy. All the gadgets were in front of you, a very functional instrument layout. A great airplane.”

I’ve learned over the years that the taller pilots flew bombers and the shorter guys became fighter pilots due to cockpit size. Did you find that to be true?

“Well, the Hellcat pilots looked like normal people to me.”

How long did you work with the Hellcats?

“For about a year. Then I was assigned to Fighter Squadron 2 down in Melbourne. While there I noticed a sign that said if you wanted to go back to school you could take a test to see if you qualified. Well, a bunch of us took the test, but only three of us out of 100 passed it. It was called the V-12 program.”

Then they sent you to school?

“Yes, I graduated pre-med about the time the war ended, then the Navy sent me to George Washington University in D.C. to earn a doctor of medicine degree. During my sophomore year I met my future wife, Virginia Reaves, a registered nurse, and we eventually had four children. In 1949, I was conferred a degree of Doctor in Medicine. I was also certified to practice medicine in Florida on Aug. 15, 1949, but my main goal was pediatrics so the Navy send me to New Orleans, Tulane University, as a Lt. J.G. (Junior Grade). That didn’t last too long. I got a call three months later and was informed that I had been promoted to a full lieutenant and I was to report to Camp Lejeune with the Marines as a surgeon general with the Second Division. I was there for two years during the Korean War. We took care of injuries and that kind of stuff, but the most important thing we did was to administer the pneumonia vaccine. The vaccine was new and saved a lot of lives.”

And after Camp Lejeune?

“I had finished my regular service and was in the reserves and went back to Tulane University to finish my year to become a pediatrician.”

Why did you choose pediatrics?

“Well, my grandfather worked in geriatrics helping old people at the Moosehaven retirement facility in Florida, but I decided to go in the opposite direction and help young people. I loved pediatrics and working with young kids.”

Tell the readers about your first job as a civilian pediatrician.

“I went to Jacksonville. In front of the Methodist Church were three buildings for doctors, but one wasn’t occupied. I opened a pediatric ward and was quickly inundated with patients. I had a huge practice and hired two other doctors to help me at Wilson Baptist Children’s Hospital. After about five years I was made the chief of staff of pediatrics. I also helped establish and raise the money to build Memorial Hospital in Jacksonville. I served on the board of directors.”

Note: While in private practice, Dr. Lane would often charge his patients only $10 if he knew they were unable to pay a normal fee. The front desk nurses would often whine about his low fees, especially when he charged only a buck or two. He also drove his van around Jacksonville to several clinics to offer his services free of charge.

He continued, “I worked in a private practice for about 35 years then went with the state of Florida’s Health Department to give help to the indigent. I had a yacht at the time, nice boat, but I donated it to the Boys Club. I retired from the state after about 20 years of service.”

Rumor has it you were a good poker player.

“Well, nobody wanted to play against me.”

I notice you wear your WWII Veteran baseball hat everywhere you go.

Proud of your service?

That hat can get you discounts on food, too.

So, after you retired from the state job, what did you do?

“Sheriff Shore in St. Augustine asked me to help with the EPIC program. It was volunteer work, no pay. An ex-football player and a former preacher and I had ‘round chair’ discussions with inmates and men in trouble with the law. We helped them get back on the street with purpose. We discussed diseases, how to make proper choices, and we never lied. Nobody did, even the inmates would call out a liar. They graduated as better men and better citizens. I still run into them occasionally, and they always thank me for the guidance. I did that for eight years.”

You’ve done a lot of volunteer work for no wages. Explain to the readers why you gave so much of your time to help other people.

“God gave me the ability to practice medicine and do things for other people, so I used my noodle for what it was worth. I’m a religious man and practice my faith.”

This world needs more people like you, Dr. Lane. When did you finally retire, I mean, really retire?

“Well, I was starting to get tired so gave up practicing medicine in my early 90s. My wife had passed, and I was lonely so I called the Singles Program and talked to the lady that answered the phone. We’ve been together for five years.”

“She is your sister.”

The mystery of why the coronavirus kills some young people