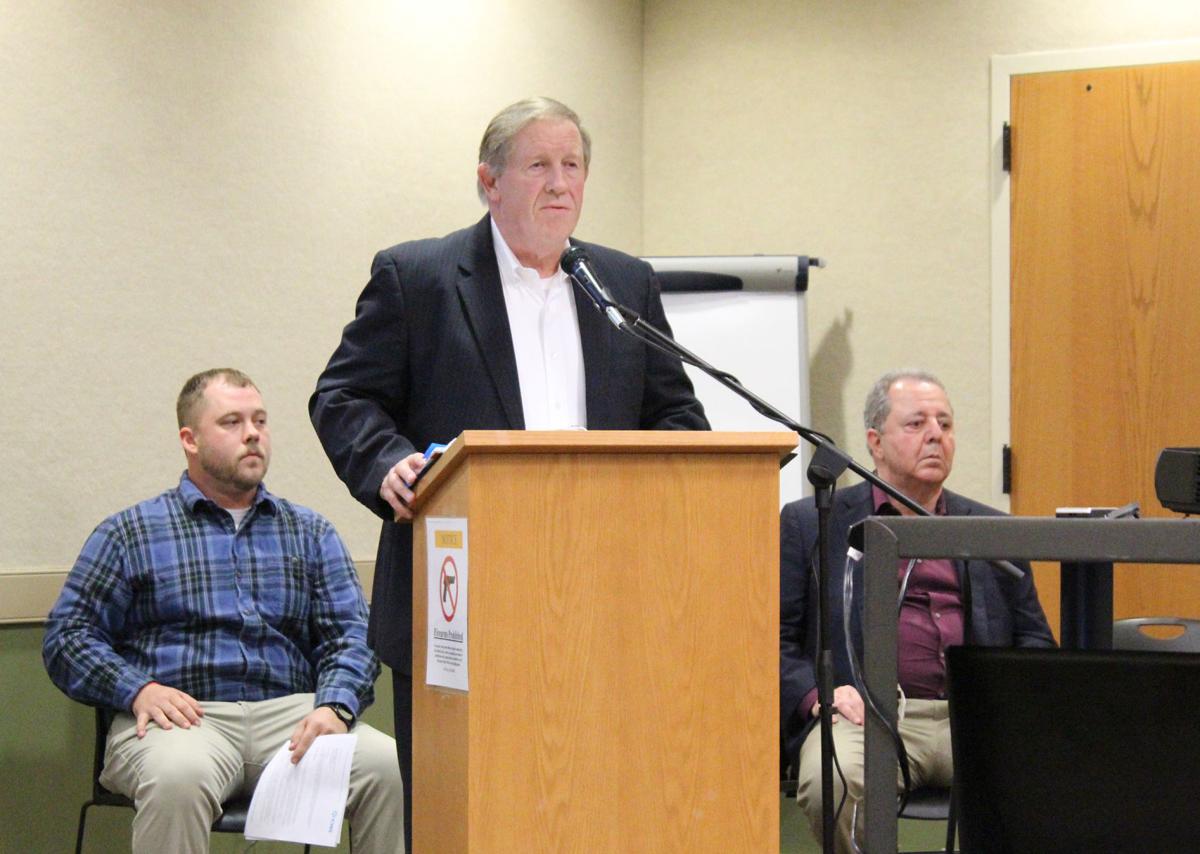 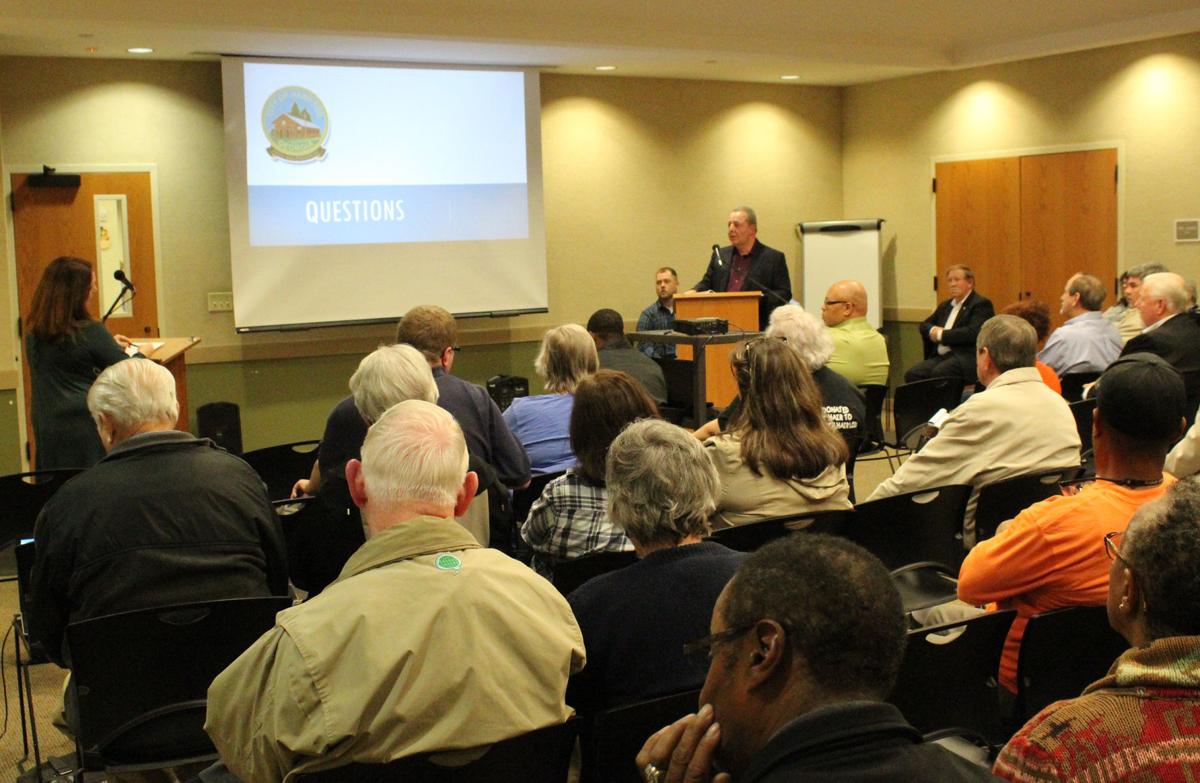 A large crowd was on hand for Thursday’s community meeting. 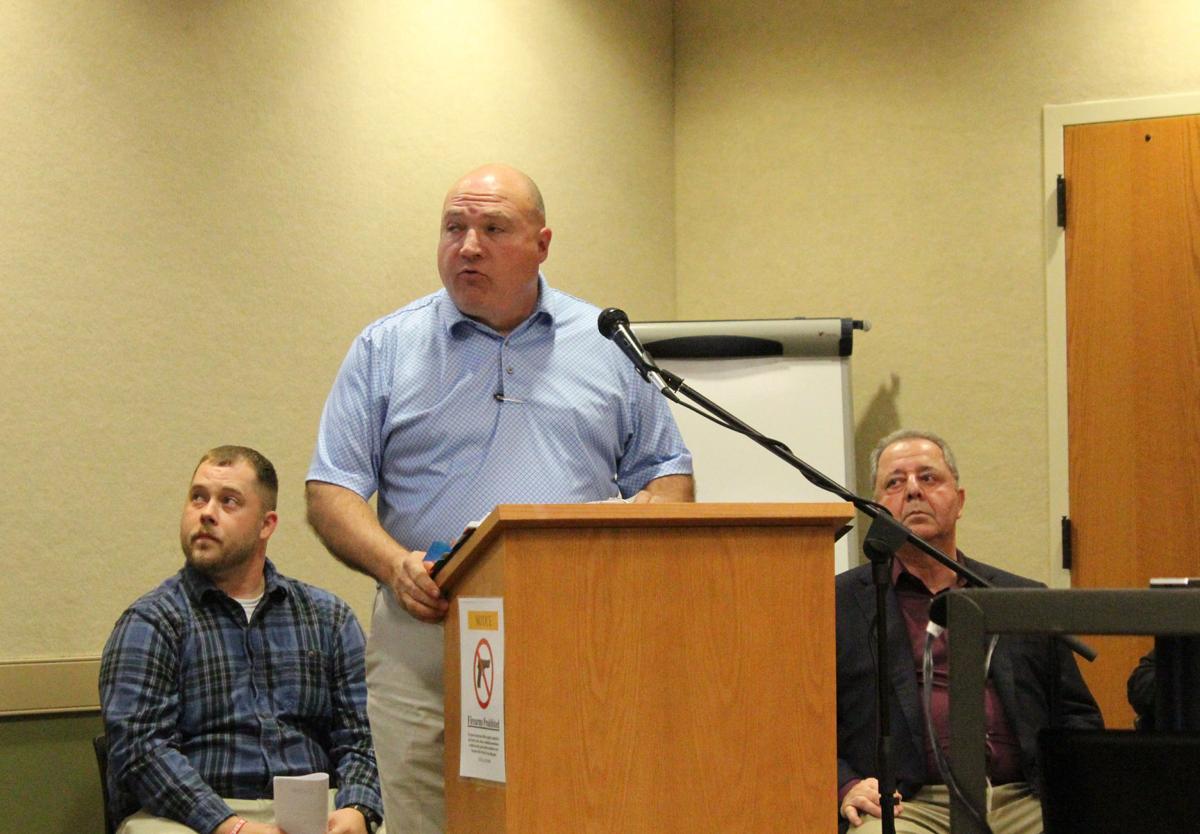 Tim Mitchell of Clearwater Solutions was brought in at the end of October to investigate the city’s water issues and correct any deficiencies. 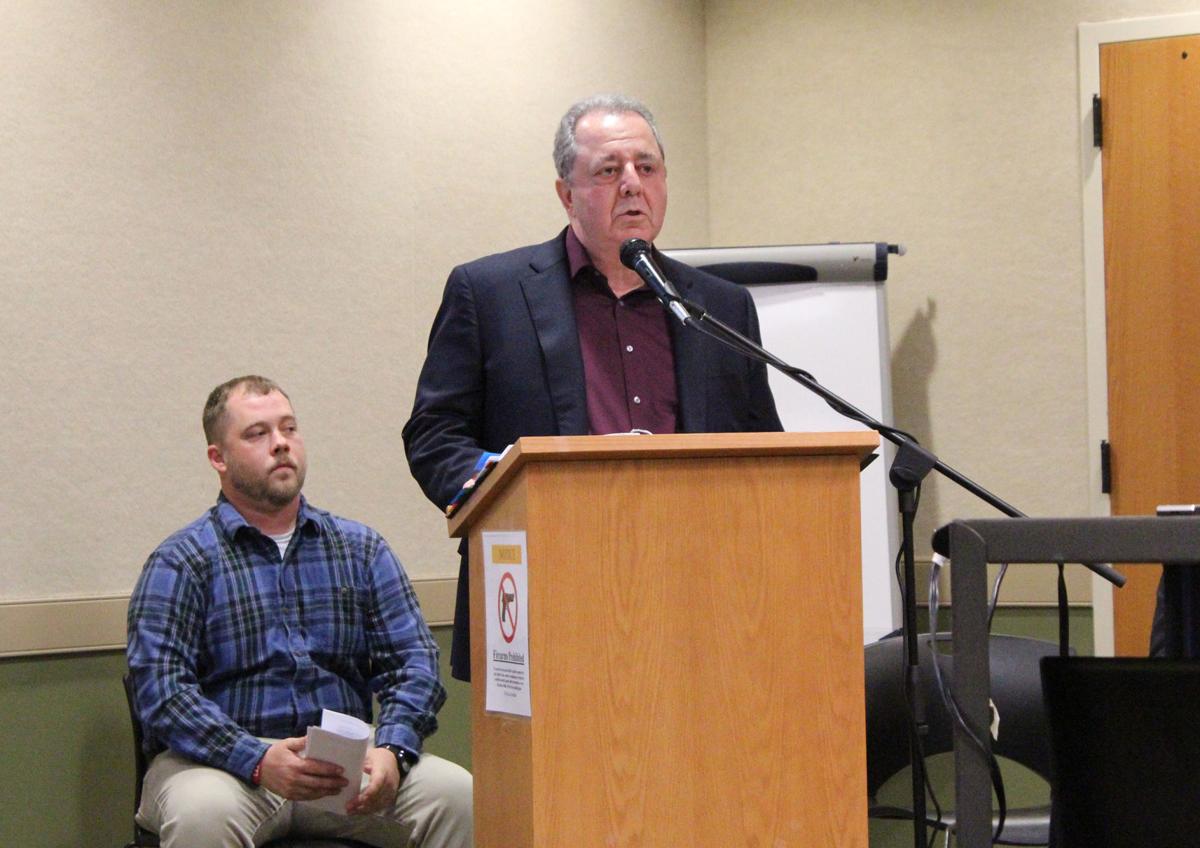 Hampton City Manager Alex Cohilas has called the city’s water issue “a very difficult period in Hampton’s history” and has vowed such a situation would never happen again. 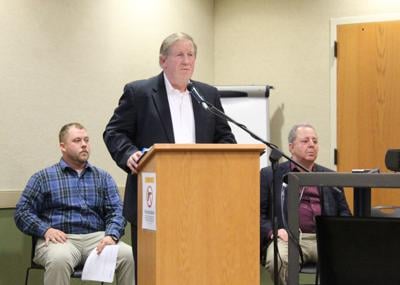 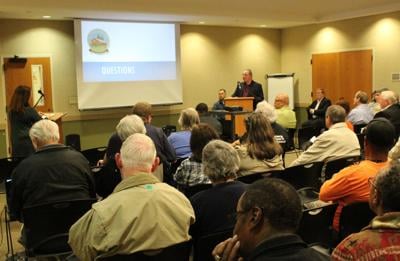 A large crowd was on hand for Thursday’s community meeting.

Tim Mitchell of Clearwater Solutions was brought in at the end of October to investigate the city’s water issues and correct any deficiencies.

Hampton City Manager Alex Cohilas has called the city’s water issue “a very difficult period in Hampton’s history” and has vowed such a situation would never happen again.

HAMPTON – Residents from the city of Hampton packed a room in the Fortson Library to hear updates on the city’s water system on Thursday from city manager Alex Cohilas and representatives from Clearwater Solutions.

At the end of October, the group had been asked to come in to investigate issues with the city’s water system and make improvements where necessary. Cohilas said the city had brought two specialists in at six hours per week, but due to the scope of the work necessary, the specialists are now working around 40 hours per week.

In December, part of that investigation was made public, which included revelations that testing results for the city’s water supply had been falsified for years. Some of the falsified water results were shown to the public at Thursday’s meeting, which included pH levels always appearing to be perfect and chlorine residual levels appearing to be the same every time, even when the tested pumps were down for maintenance.

In addition, a water tank on the north side of the city, referred to as the “North 40 Water Tank,” was flushed and sanitized. The valve to the tank was shut off in the summer at the direction of a supervisor, allowing the water to sit still and stagnate.

The tank’s SCADA system, which controls the intake and outflow valves to the tank, has also been inspected and repaired.

In addition, the water brought into the county from the Henry County Water Authority, which had not been tested for fluoride at purchase, is now being tested.

Tim Mitchell with Clearwater Solutions said those results, specifically numbers registering even when a pump was down for maintenance, were a red flag that something was wrong.

To compare, a report showing correctly-tested water was also demonstrated, which showed chlorine and pH levels fluctuating from one day to the next.

Cohilas suggested that “the Lord Jesus Christ would have to bless our water” for both levels to be perfect every time.

Brandon Lancaster with Clearwater, who has been in Hampton since December, has been observing the city’s water department staff and training them in the proper procedures in how to properly operate a water system.

“I’m recommending all Hampton staff be trained,” Lancaster said. “We’ll hold a weekly class time a couple hours per week. The current staff in the water department, I’ve never seen another group of employees so enthusiastic and willing to learn. They care about this water system. They don’t like this situation, like everyone else.”

However, the situation remains unresolved. Cohilas said that while the Georgia Environmental Protection Division, which handles water system permits, has made note of the city’s openness in addressing the issues with the system, the city could still face sanctions for what went on with the water system in the last decade or so.

Cohilas likened the city of Hampton’s attitude towards the violations to a college’s athletic program self-reporting rules violations to the NCAA, which can help a college’s position in the event of any sanctions.

The city’s internal investigation into the water system is ongoing, and Cohilas said a comprehensive report would be released once the investigation is complete.

A previous version of this article indicated that stagnated water had been put back into the system during a drought last year.

Public works staff in the city of Hampton engaged in a coverup that included the falsification and plagiarism of water reports, city officials revealed in a bombshell report at Tuesday’s City Council meeting.

Joel Embiid pours in career-best 49 as 76ers down Hawks

Two cheetah cubs were born for the first time by IVF. The breakthrough offers hope for the threatened species