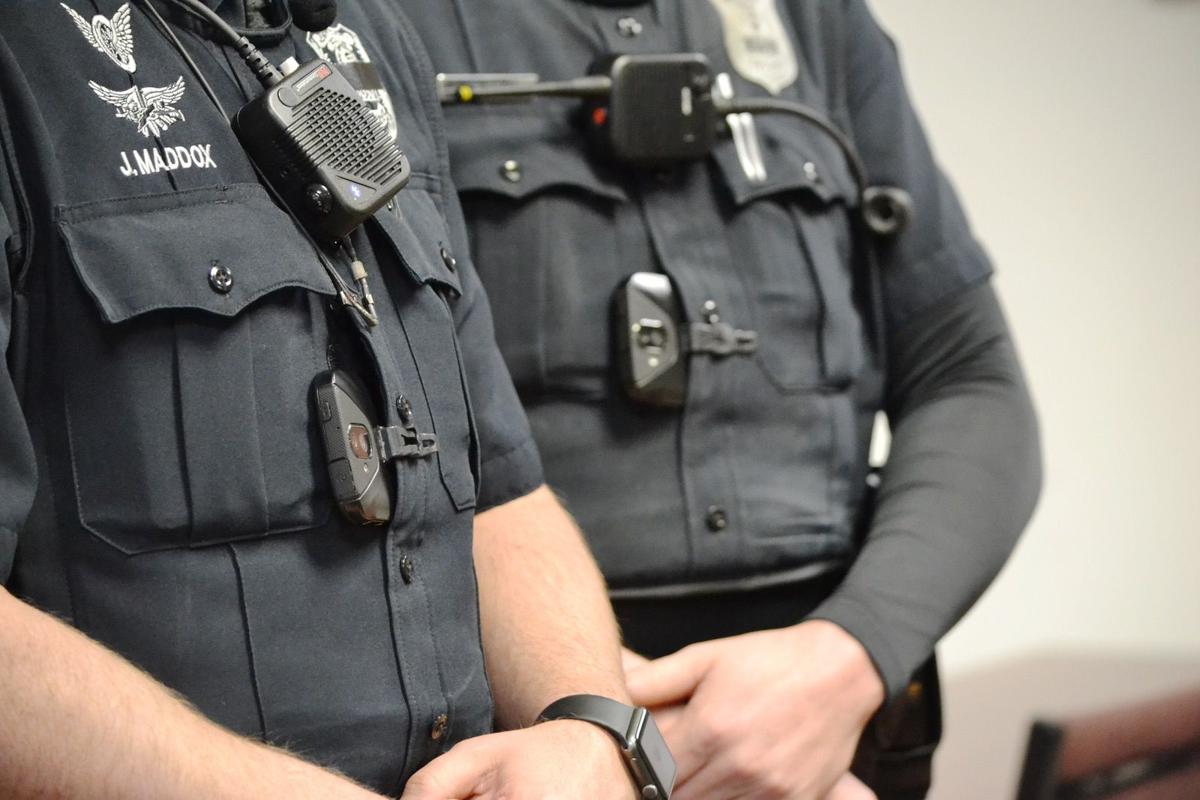 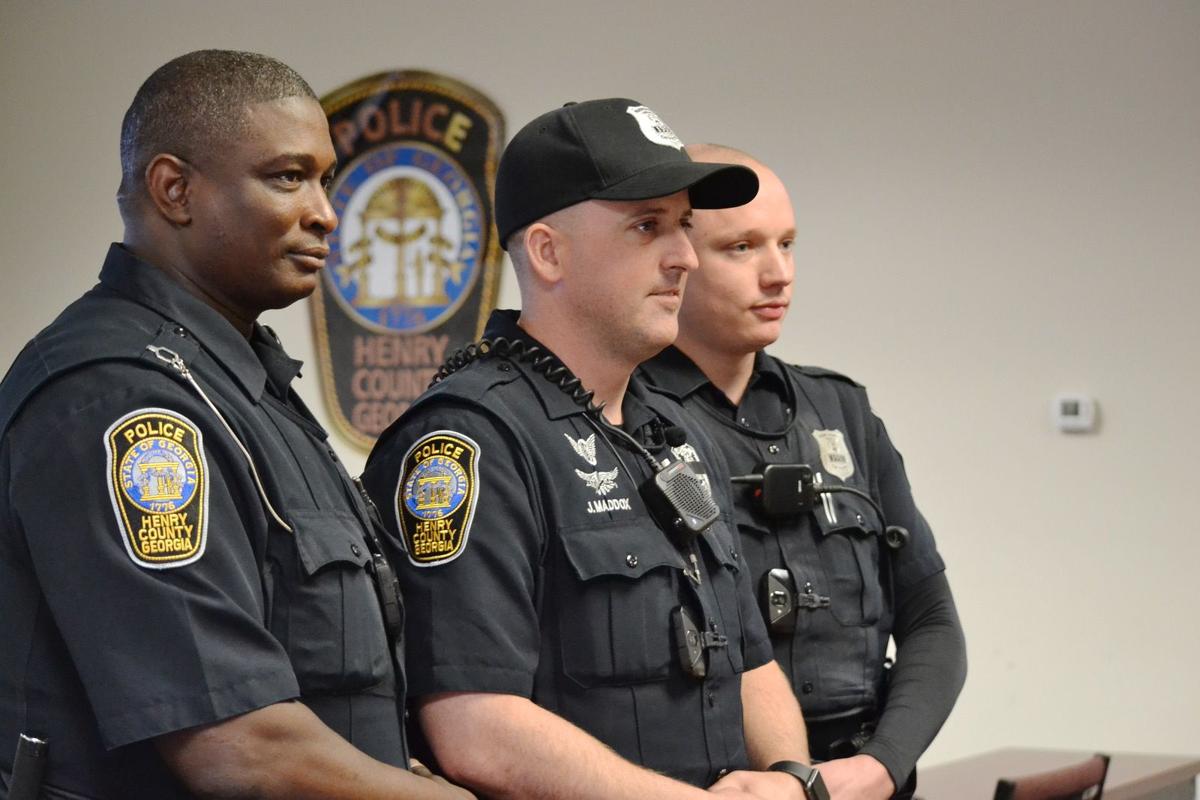 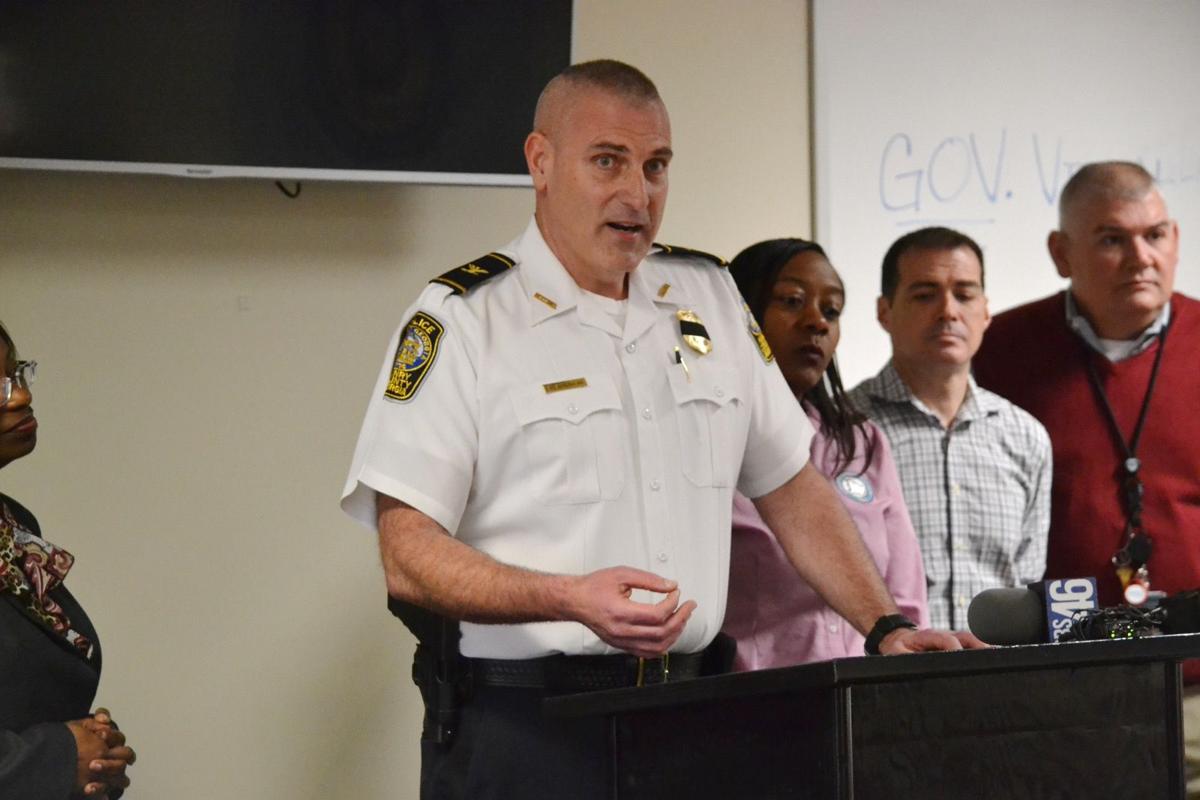 Henry County Police Chief said at a demonstration of the new technology last week that he was hopeful it would bring transparency and safety to police operations in the county. (Staff Photo: Chelsea Prince) 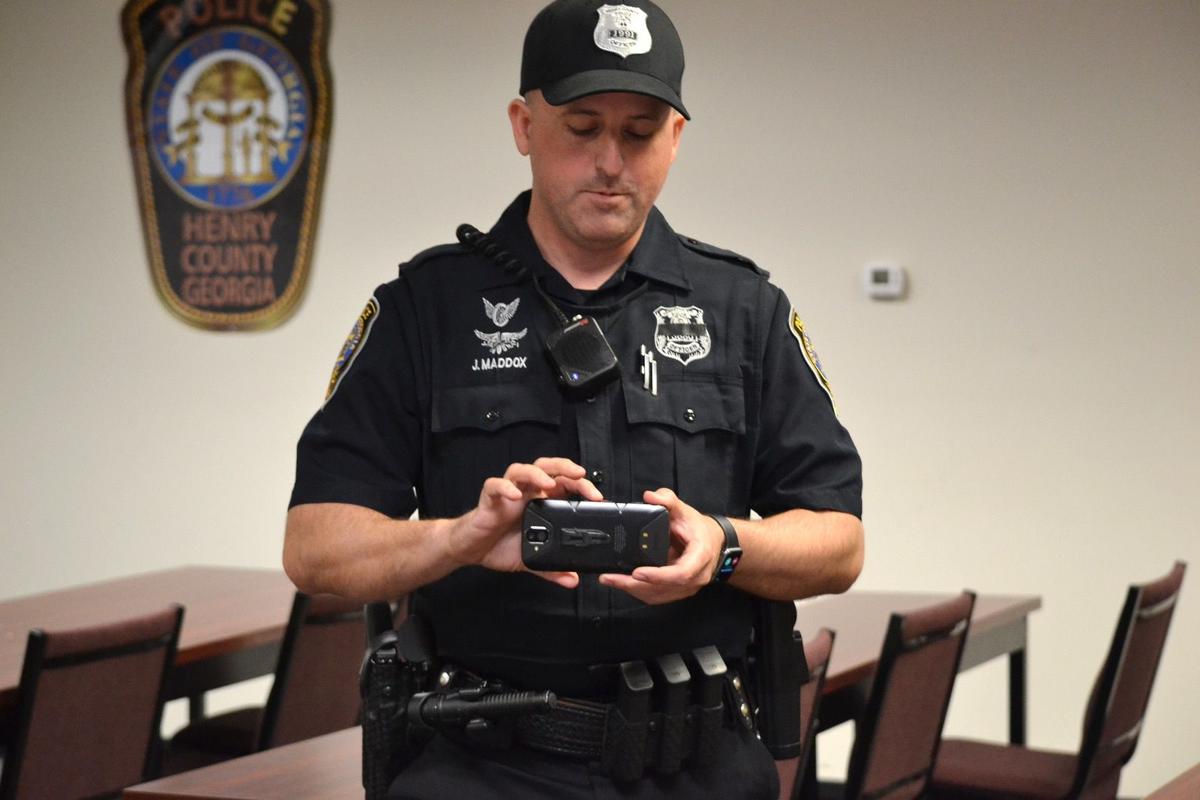 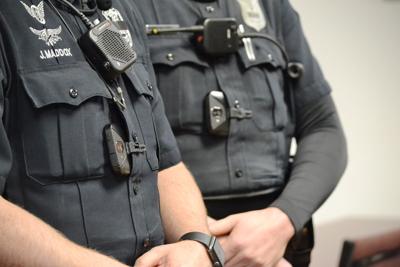 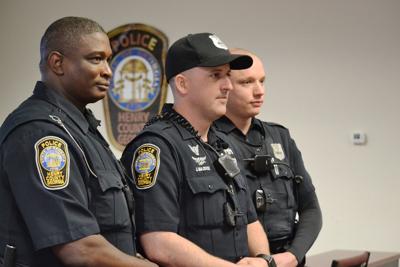 Henry County Police Chief said at a demonstration of the new technology last week that he was hopeful it would bring transparency and safety to police operations in the county. (Staff Photo: Chelsea Prince)

McDONOUGH — The Henry County Police Department is the first in the state to utilize technology that software developers are calling “body-worn computers.”

Instead of typical body cameras, which have become an essential element of policing in recent years, Henry officers will be supplied with a specially-outfitted smartphone with video and audio recording, GPS tracking, and Internet capabilities.

The department demonstrated the new tech last week, though the camera devices have been rolled out over the last few weeks as HCPD command has been testing the system. Every uniform patrol officer and police sergeant has been issued a Kyocero Duraforce Pro cell phone fitted with the body camera application from Visual Labs Inc., a Silicon Valley company.

HCPD has purchased 180 devices which, yes, are also equipped to take phone calls.

“What we wanted was lots of tools in one basket to get more bang for our buck, so to speak,” said Capt. R. McGlamery, the body camera system administrator for the department.

The devices look like a typical smartphone with a durable case. An added red button on one side allows officers to manually activate and de-activate the camera before clipping it onto their chests. They also have the capability to take still crime scene photos and record audio from phone calls while away from their desks, all of which automatically uploads to a cloud-based data storage system managed by Visual Labs. The storage is compliant with the Criminal Justice Information Services database utilized by state and federal law enforcement agencies.

The tech also acts like a typical smartphone so officers can connect to WiFi and check emails on the job.

“I think it’s a great tool and a great asset for our safety as well as the public’s safety,” Officer Justin Maddox said at the demonstration. “It’s a tool that we can utilize and document everything that we do.”

Maddox and fellow officers said the smartphones were a welcome addition to their tool kits, assisting with the accuracy of their reports as well as their responses in real time.

Supervisors have the capability to activate an officer’s feed remotely when the officer’s security is in question or in order to pre-plan a response for additional personnel arriving on scene. They can ping an officer’s location to allow for GPS tracking in the field.

Officer Robert Scott said he was surprised to learn the department would be purchasing a phone-based camera system rather than typical body cameras, but he said he’s enjoyed the added features. For some of his colleagues, the devices were an upgrade from their personal flip-phones, so there was a slight adjustment period. Otherwise, officers said, they are very user-friendly.

“This is something that we’ve been working on for several years in Henry County, a way to bring body cameras affordably into the county,” Chief Mark Amerman said. “We have found that way to do that using Visual Labs Inc.”

Amerman thanked county management and the Board of Commissioners for their support in funding the project, which is an estimated $157,000 in initial costs and purchases and $200,000 to service annually.

“I believe this technology will bring transparency to the Police Department and will make us a better and safer agency for the citizens and visitors to Henry County,” Amerman continued.

County leadership was also on hand at last week’s demonstration to congratulate those involved in developing the body-worn program at the PD.

“This is significant,” BOC Chairman June Wood said. “Public safety and health is very important. It is exciting to see that Henry County has moved into the 21st century for the safety of our citizens and our officers.”

A tiger at the Bronx Zoo tests positive for coronavirus