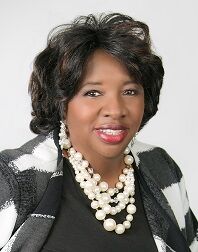 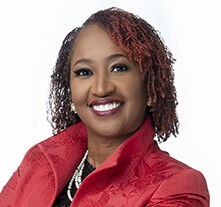 McDONOUGH — Despite months of discussion over various sites, Henry County is back at square one in the search for a location for its $22 million aquatic center.

At Tuesday’s Board of Commissioners meeting, commissioners were presented with a resolution to select a “secondary location” for the aquatic center. The BOC had previously chosen the Bridges at Jodeco site in Stockbridge, which was promised as a donation of 8 to 14 acres to the county. However, the property was not conveyed to the county by its May deadline.

Commissioner Vivian Thomas said she was ready to abandon the Bridges at Jodeco site, but Commissioner Dee Clemmons argued that the board should approve a resolution to reject the site before moving on to another location. Commission Chair Carlotta Harrell said she would bring forth a resolution to abandon the Bridges at Jodeco site only when the board was ready to approve an alternative site.

Leisure Services Cluster Leader Jonathon Penn recommended Cotton Fields be considered as the secondary site due to its location close to Interstate 75, limited amount of grading needed, ample parking space, infrastructure already in place and the proximity of hotels and restaurants. Penn also said the aquatic center would enhance operations and revenue at the golf course.

However, neither Cotton Fields nor Nash Farm was met with approval, and county staffers were instructed to renew the site search.

“If we’re not looking at properties that you all want us to look at, we want to know,” said Matthews. She added that her preference would be a site already owned by the county because that would expedite the project.

“We need to move on this aquatic center as soon as possible so we can get this (architectural design services) contract awarded,” she said. “I’m not sure this vendor is going to honor this price for much longer. Costs are going up.”

Penn told commissioners that Nash Farm Park was not recommended as the secondary site because it is more than 5 miles from I-75, is located near residential neighborhoods, does not have hotels and restaurants nearby and does not have sewer service, which would be a major expense to install. He also said developing an aquatic center at Nash Farm would negatively impact the current uses of the park.

Commissioner Vivian Thomas, who has proposed Nash Farm as not just a location for the aquatic center but also as a destination point in the county, expressed doubts about the Cotton Fields location because of the quality of restaurants and hotels in the area.

“There are not hotels and restaurants that certain families would like to have their children in,” she said.

Thomas also said she felt the aquatic center project could provide the incentive to address the infrastructure needs at Nash Farm.

The aquatic center project was approved by voters in the 2019 Special Purpose Local Option Sales Tax referendum. The project includes competition and therapy pools and an outdoor water park.

The BOC was first presented with four potential locations for the aquatic center in January, none of which all board members were happy with. A vote taken on each location — Red Hawk Park, Jodeco Road, Mill Road and Willow Lane — failed.

The Bridges at Jodeco site was proposed to the BOC in February. At that time Penn said the location was already graded with utilities and roads already in place, which would minimize the site development costs. He added it offered what the county needed to build the center. The board approved the location in March. However, it was later learned that there is debt on the property, and the owner failed to convey the land to the county by the May deadline set by commissioners.

Some of our favorite monsters have unique and curious origins. Stacker compiled a gallery of 15 of the most terrifying monsters in literature. Click for more.

What you need to know about 'stand your ground' laws

Fall is primetime for deer/vehicle collisions in Georgia

POLL: How are you planning to celebrate Halloween this weekend?