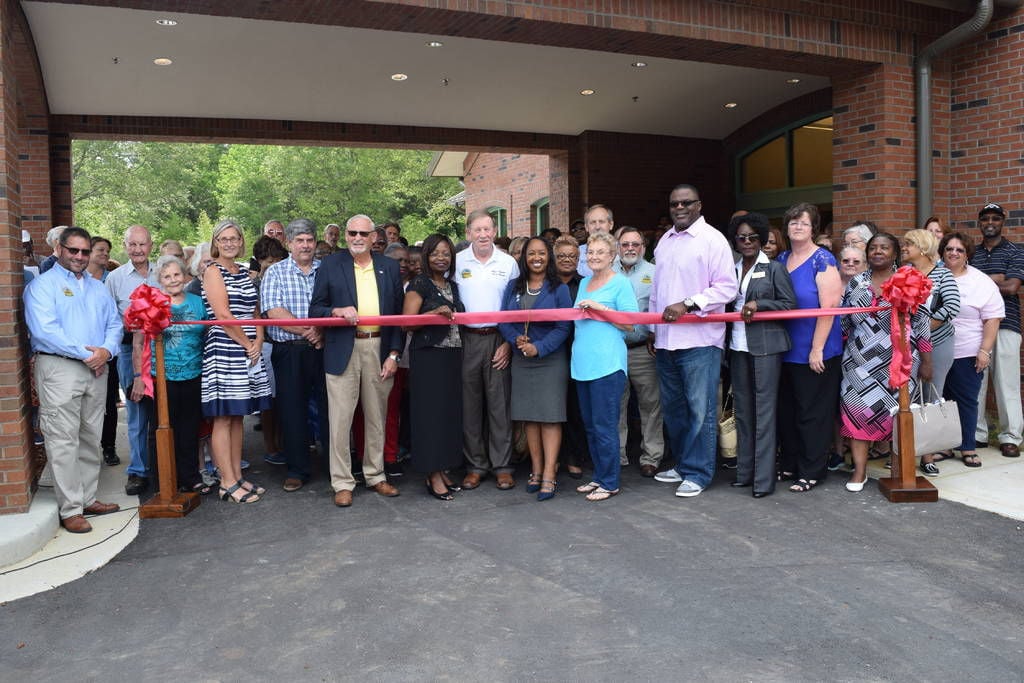 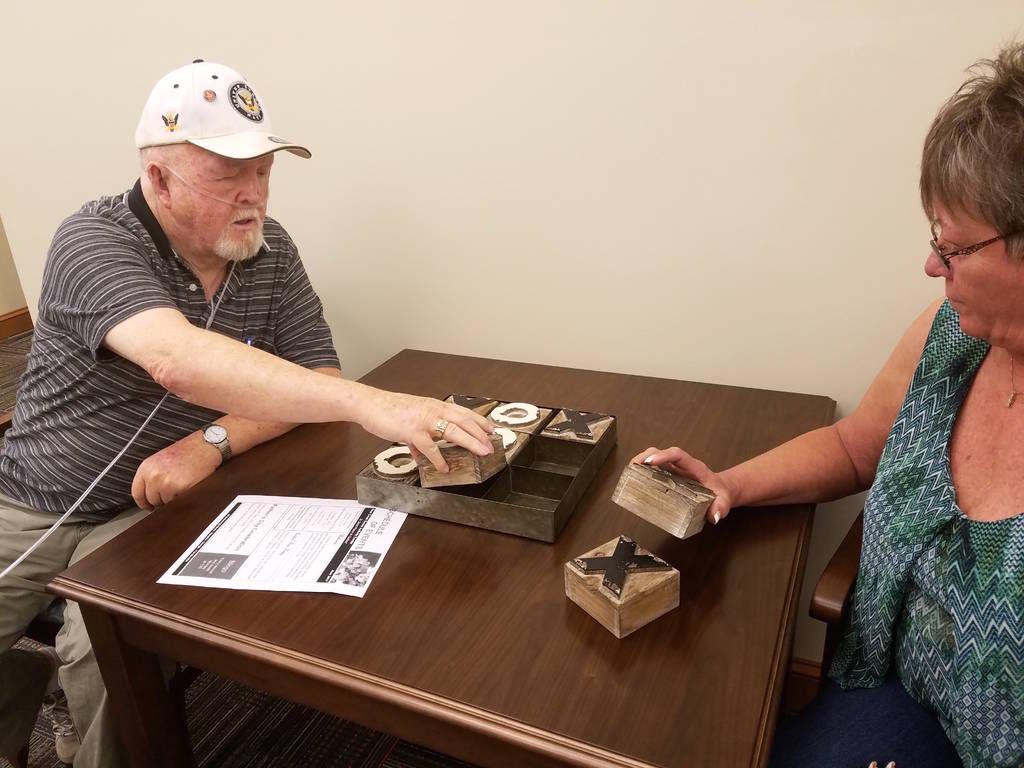 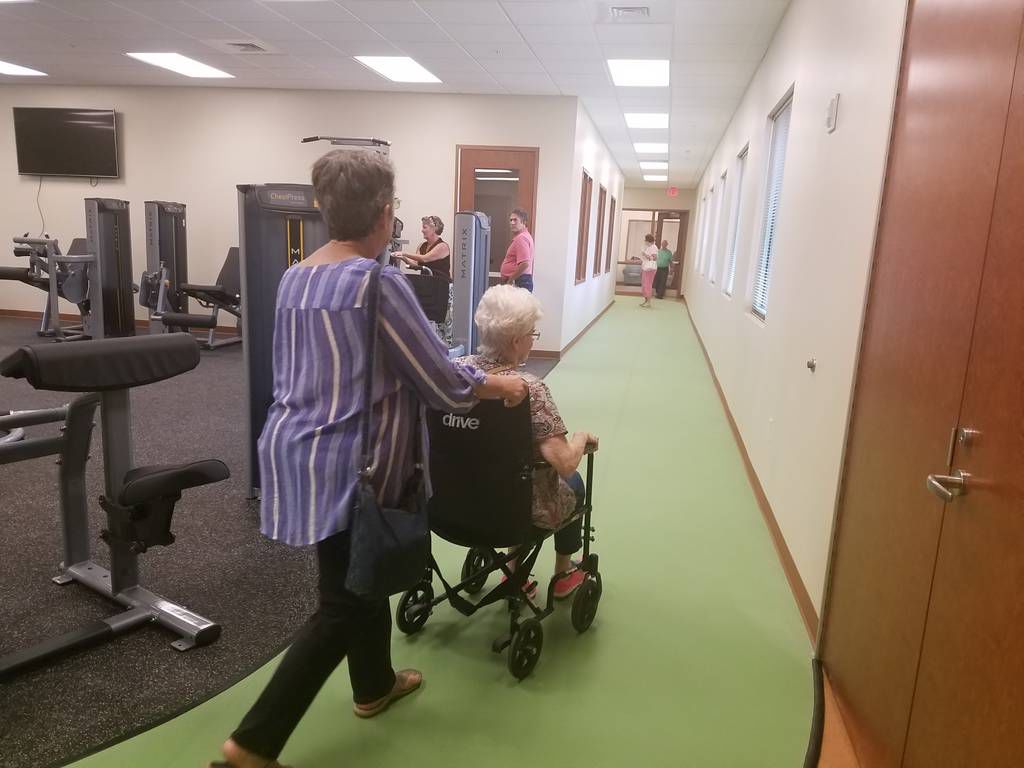 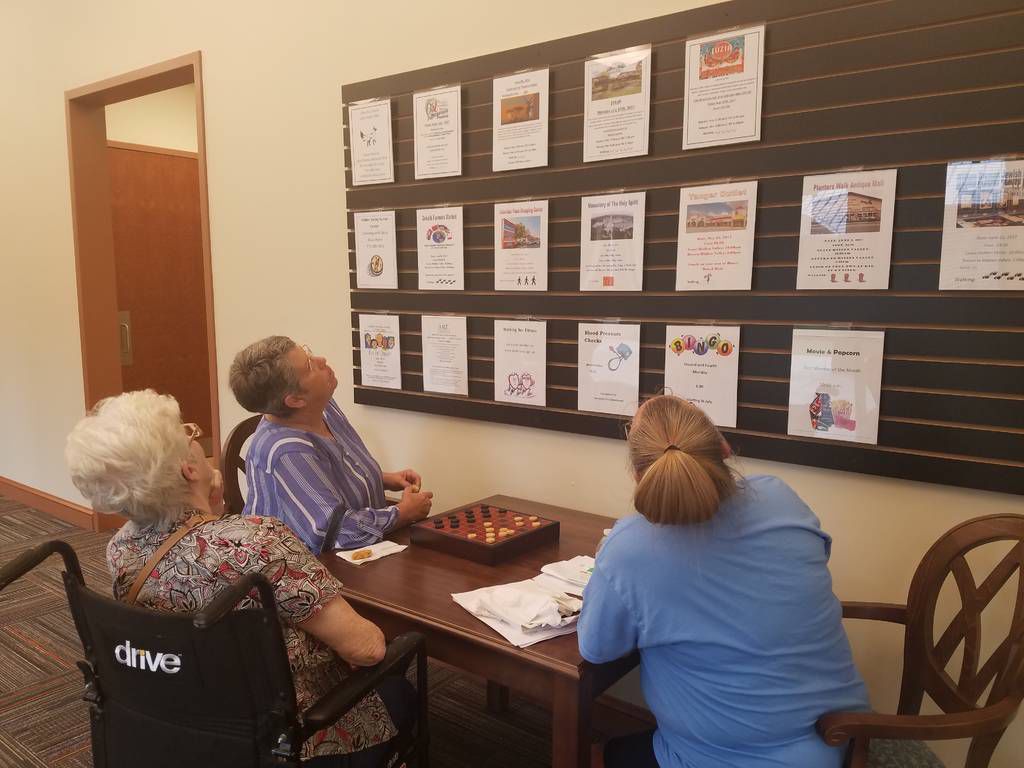 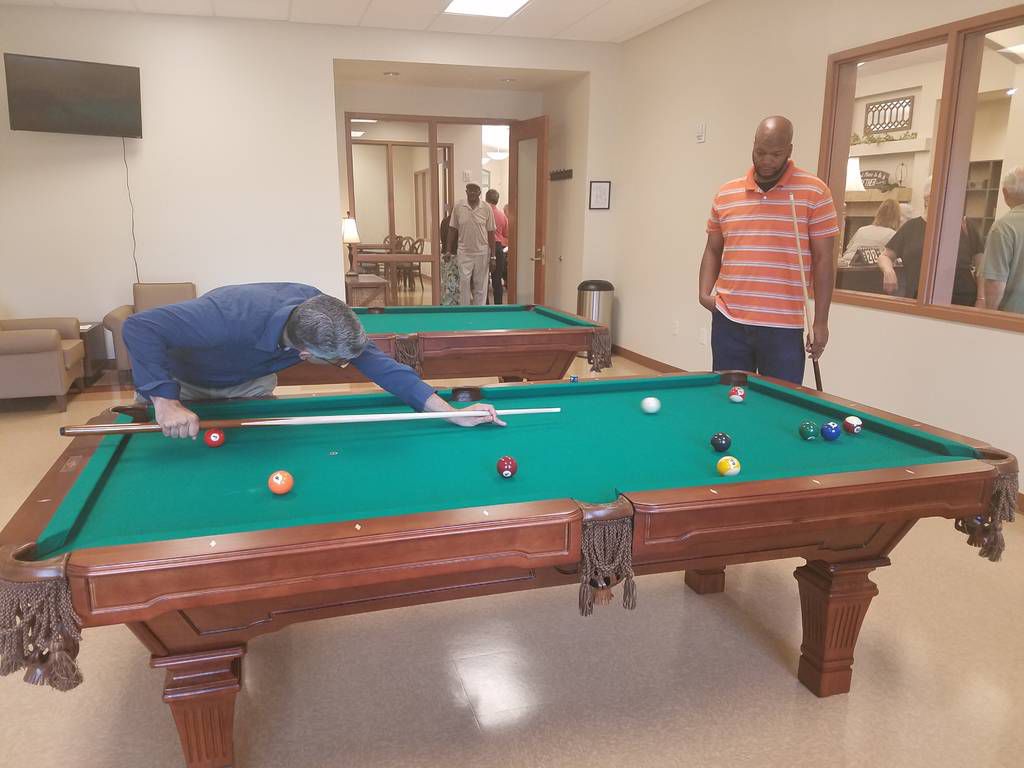 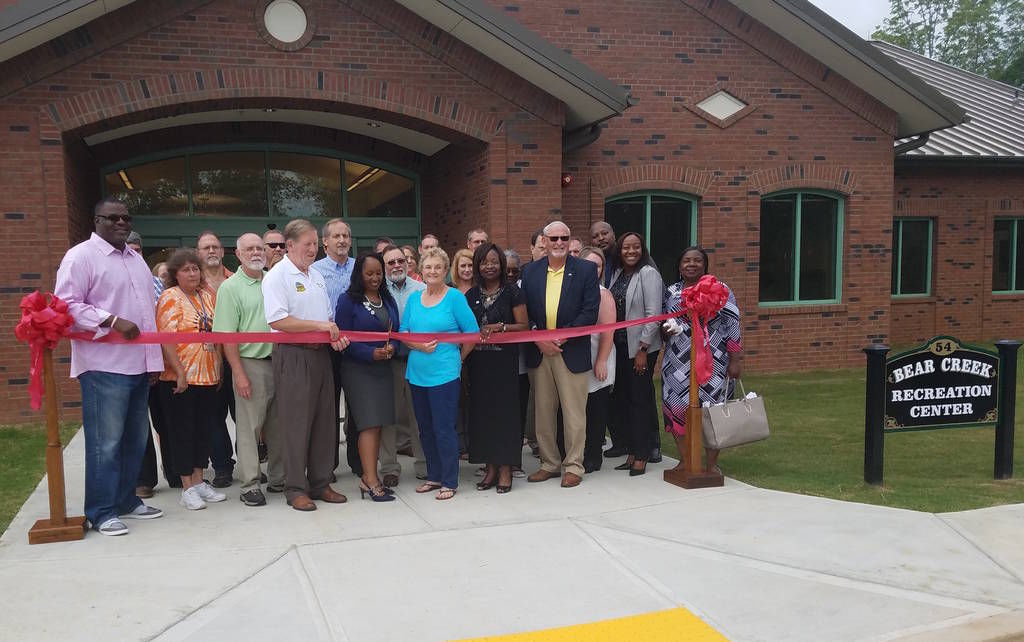 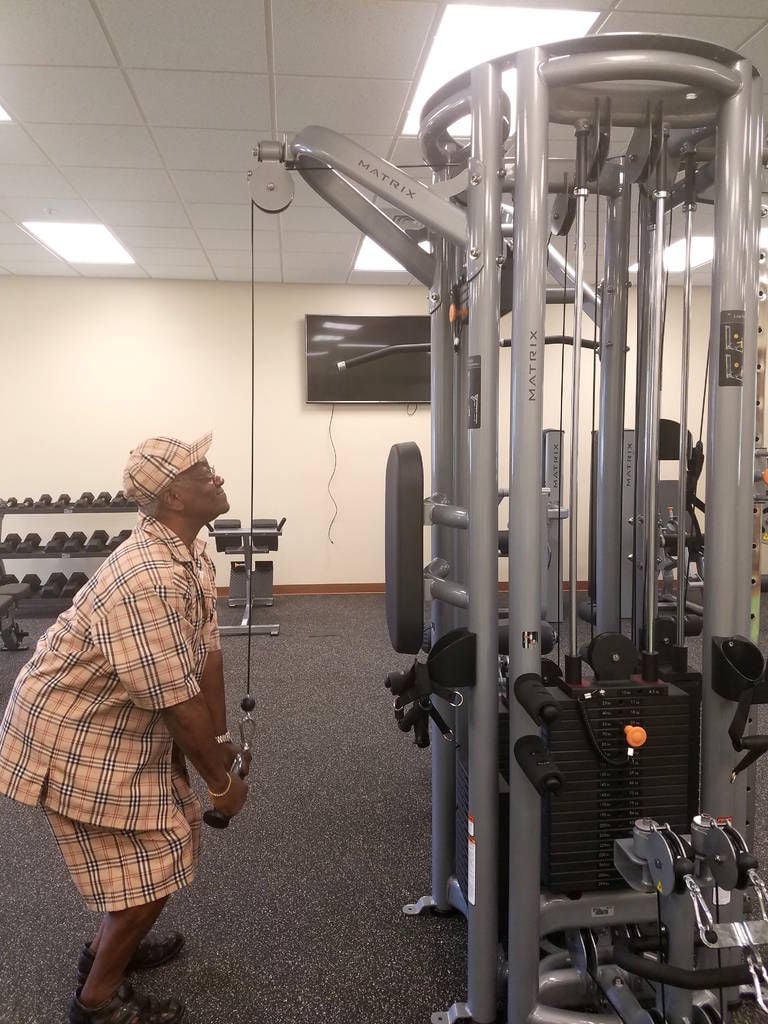 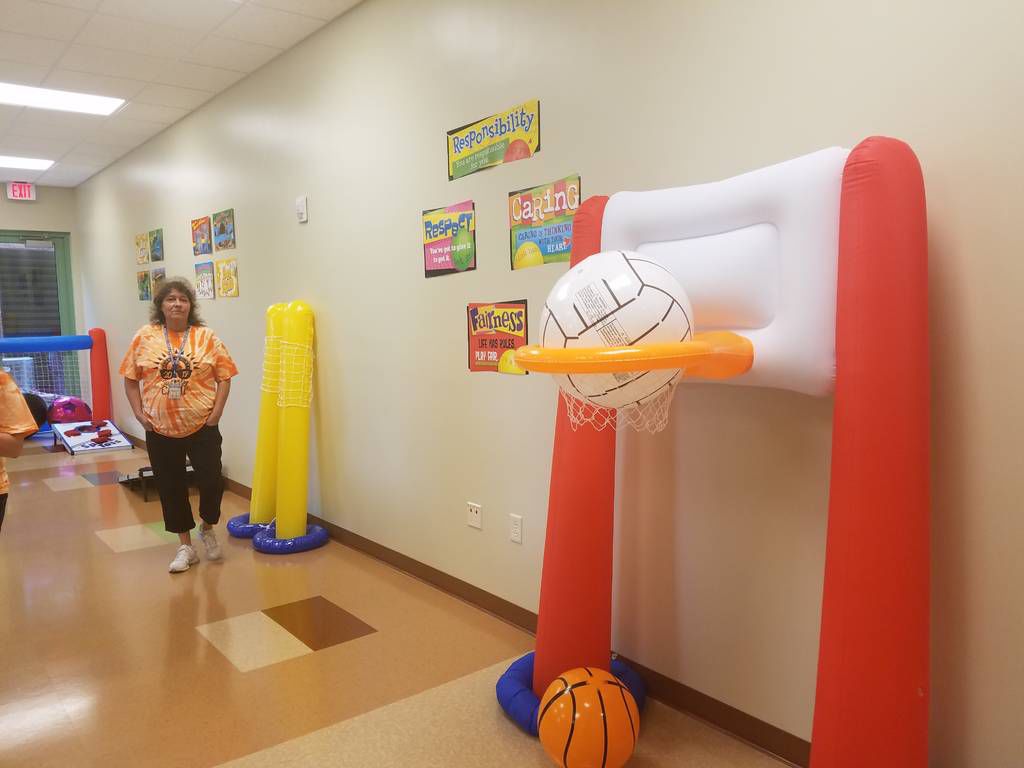 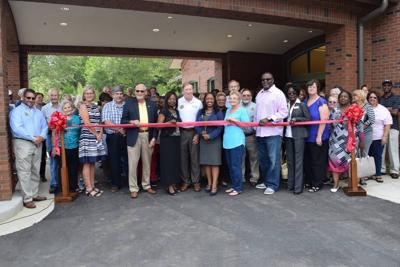 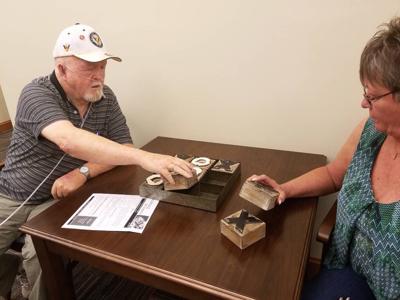 HAMPTON— It doesn’t often happen that there are two ribbon-cutting ceremonies held in one day and at one location. But the city of Hampton experienced such on Monday morning as Henry County staff, officials, senior citizens and residents cut the ribbons to the joint Bear Creek Senior and Recreation Center.

“I would like to thank the City Council of Hampton for their tenaciousness, working very hard to make sure this senior and rec center is here in Hampton,” District 2 Commissioner Dee Clemmons said before cutting the ribbon to the senior center. “It’s been a long time coming. Though I can’t take credit for the inception of this, I can definitely take the credit to make sure it stays this beautiful.”

The project was long-waited by Hampton residents as it was approved by voters as a county SPLOST IV project in November 2013, but had also been included on two previous SPLOST lists.

“Our board is committed to our seniors,” Clemmons continued. “You’re valuable to this county, you’re a wonderful asset and we will be committed to making sure that this senior center is one that you will always remember.”

The Senior Center features a lobby/lounge with a gas fire place, card room, craft room and multi-purpose room. It also has restrooms, a staff office, a full service kitchen, and dining room which is adjacent to the outdoor patio area.

Henry County Parks and Recreation shares the 20,000-square foot building with Henry County Senior Services. It has its own front entrance to the parks and recreation space. It features a lobby with two large multi-purpose activity rooms, a kitchenette with a microwave oven and refrigerator, as well as a vending area and ice machine, restrooms, office and breakroom.

The shared space of the two centers consists of an aerobics room, fitness area and indoor walking track.

“This a historical moment because it is the first of its kind, to have a senior and a recreation center on the same property,” said Clemmons before cutting the ribbon for the recreation portion of the facility. “What a wonderful way to have us go from the children to our seniors in our county.”

Diane Reed, director of Henry County Senior Services, told the Herald that activities and events held at the senior center will be similar to programs at the other Henry County locations. Activities will include learning conversational Spanish, line dancing, exercise classes, defensive driving, safety and wellness seminars, craft projects and more.

“It’s still early, but we’re just trying to get a sense of what this community wants,” said Reed.

During last year’s groundbreaking ceremony for the nearly $4 million SPLOST-funded facility, former commissioner Brian Preston credited former BOC Chairman Tommy Smith for helping to seal the deal on the property for the center.

An intergovernmental agreement with the county and the city of Hampton had been entered into in August 2014, and gave the county 5 acres of the property in exchange for $250,000 in site improvements after the city purchased the property.

“It’s a beautiful facility. It’s good to see we’re getting something for our tax dollars,” said senior citizen Paul Hooten.

“I plan on exercising here every day,” McDonough resident Lorenzo Romaine, who visits his daughter in Hampton multiple time throughout the week.

The senior center is open from Monday through Friday, 8 a.m. to 5 p.m.

Henry County residents age 55 and up have free access to the center. The Henry County Transit department also buses seniors to senior centers or other locations for a fee. Henry County Parks and Recreation will be hosting a summer camp at the facility beginning Tuesday.

The center, located at 56 McDonough St. in Hampton, officially opens on Tuesday, May 30.

Mega Millions jackpot rises to $970 million with no winners Tuesday

Biden is about to become @POTUS: How the social media transition of power will unfold

Biden is about to become @POTUS: How the social media transition of power will unfold