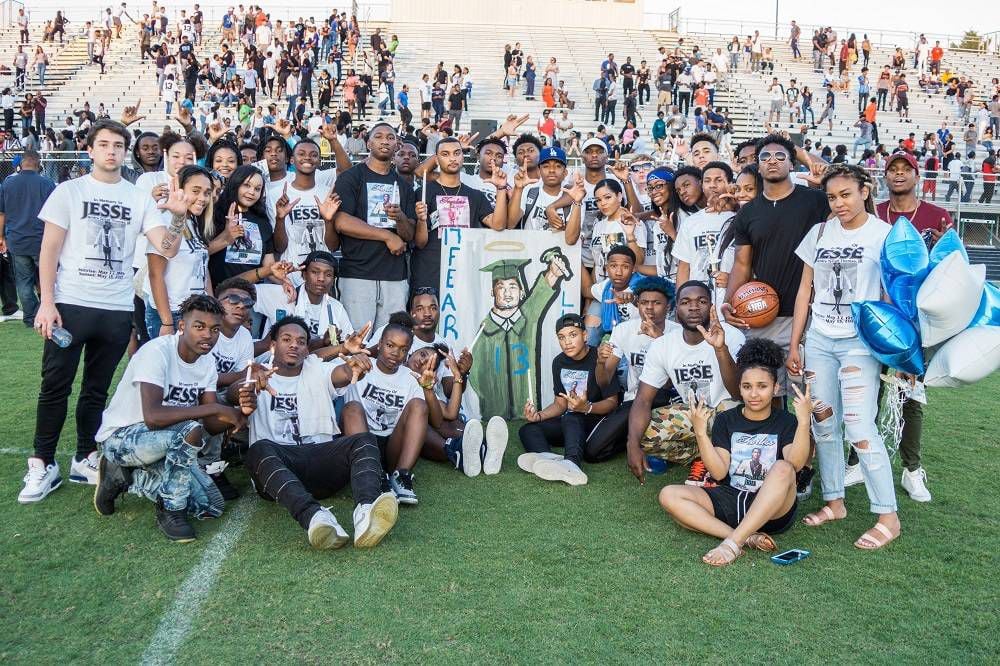 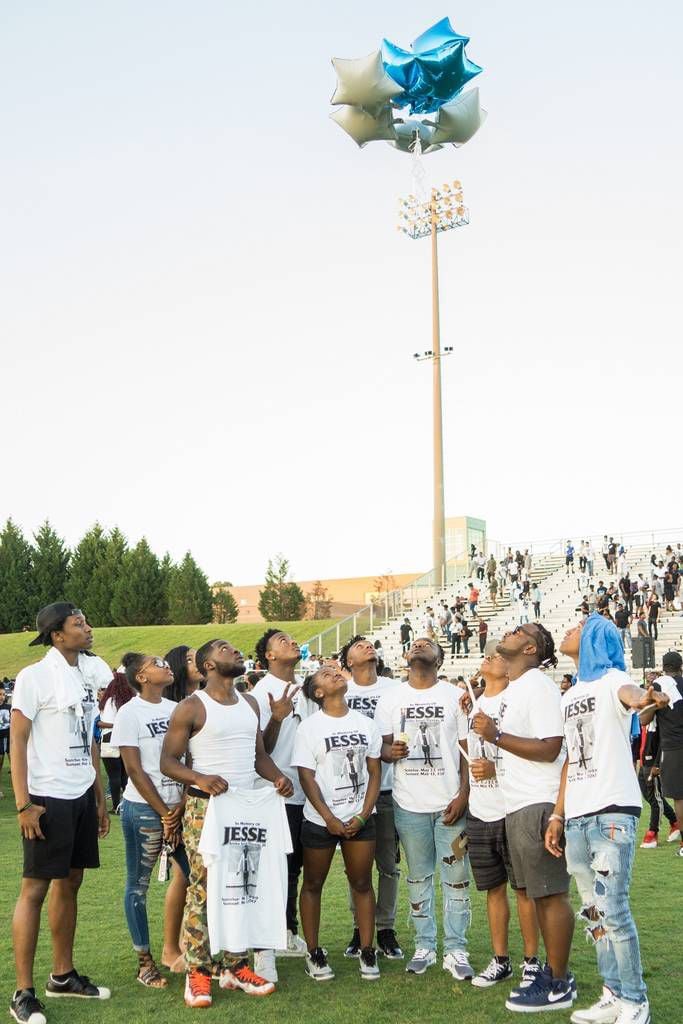 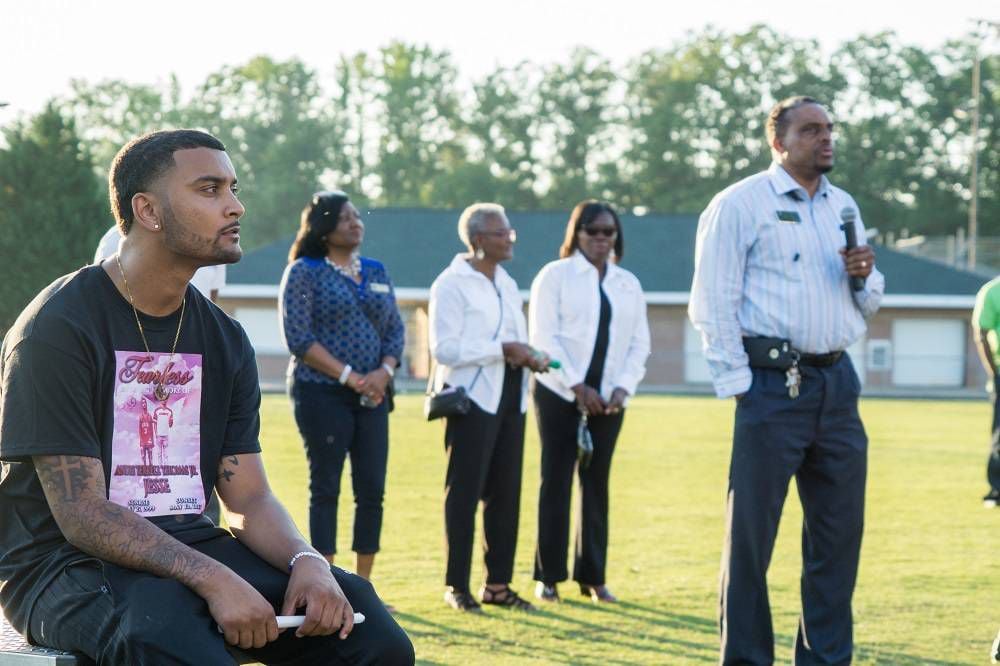 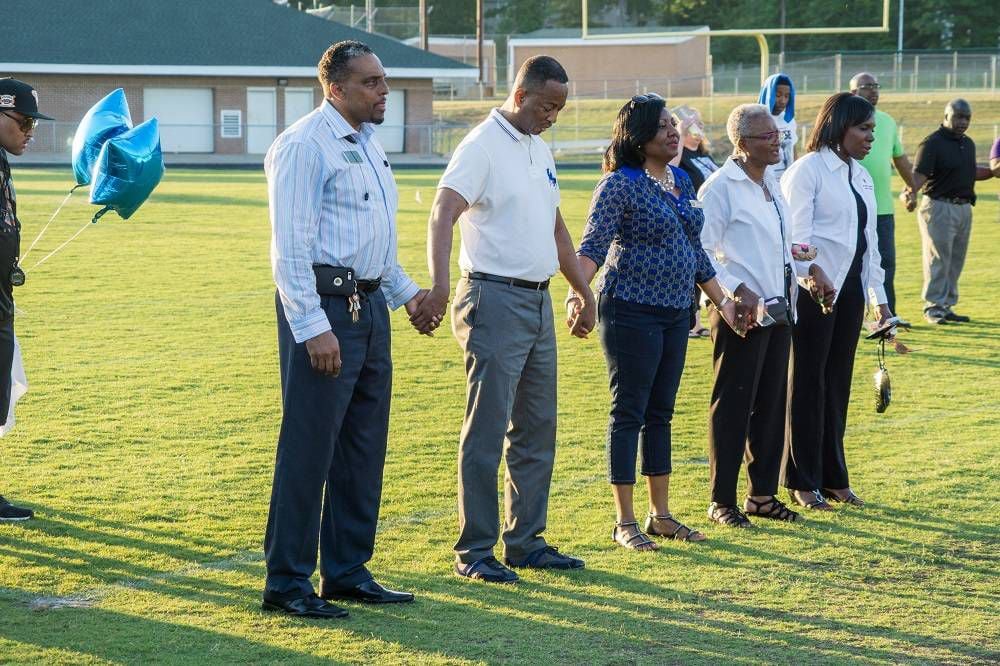 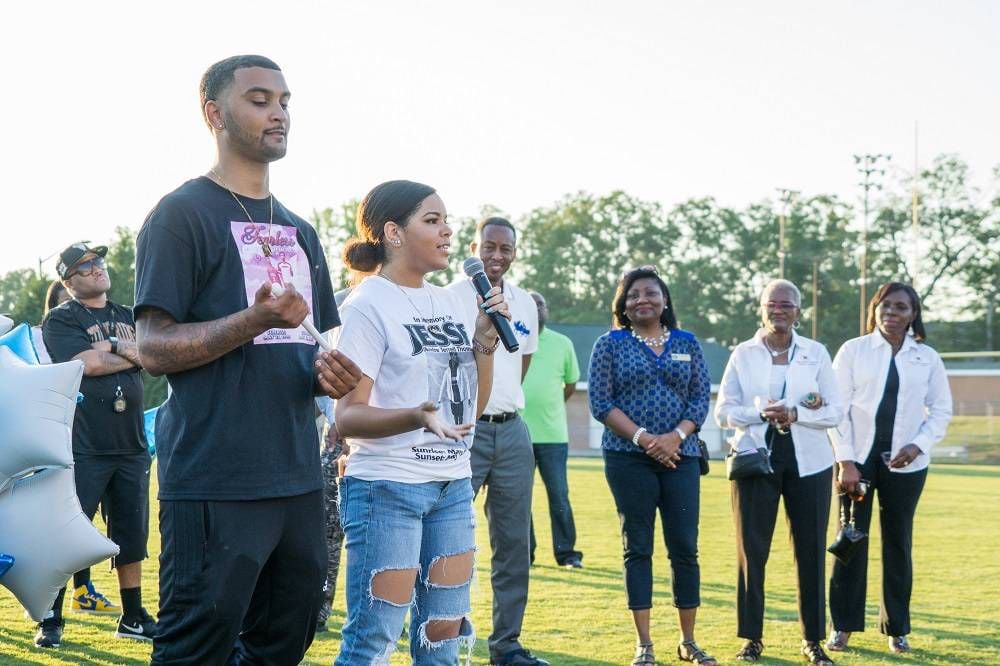 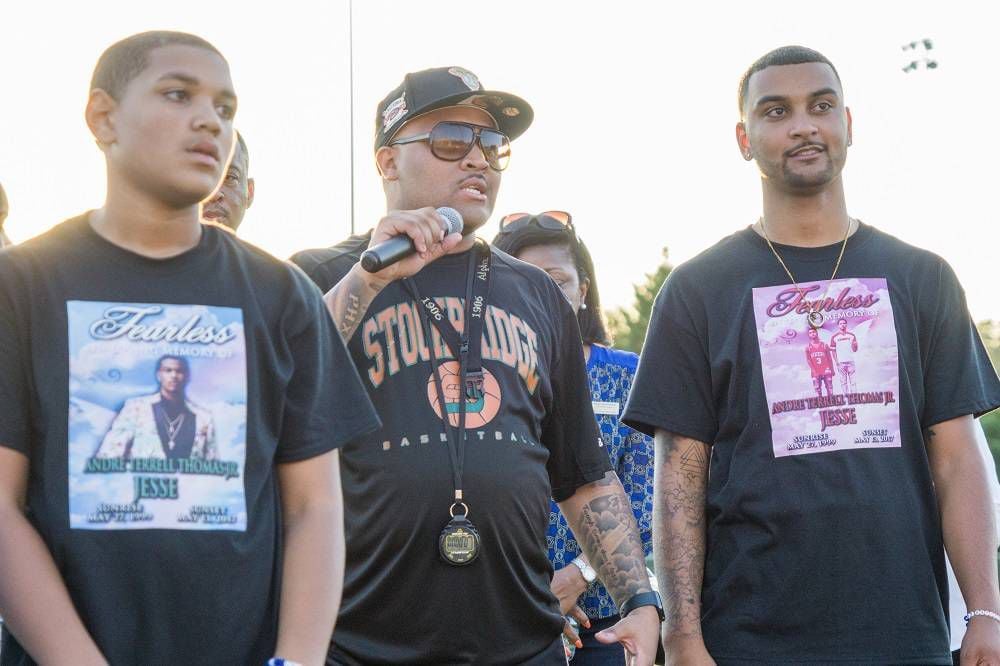 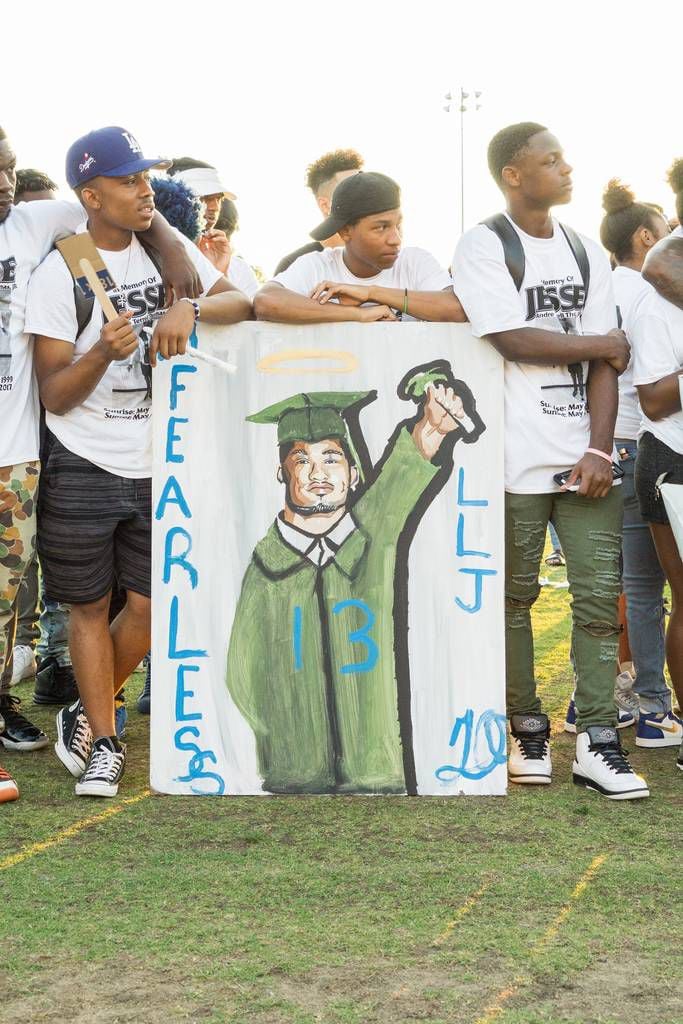 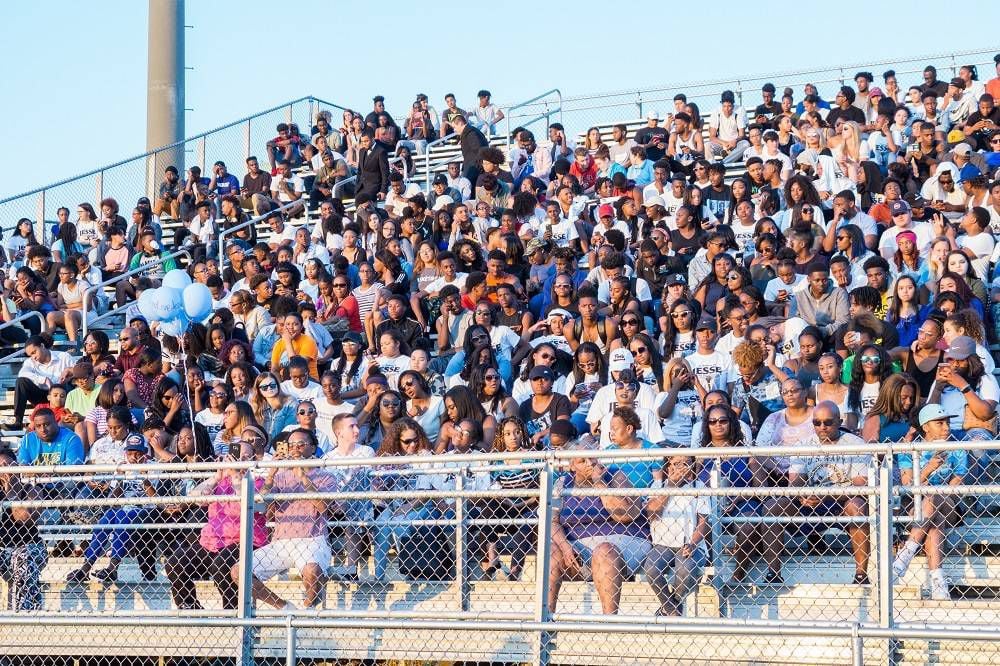 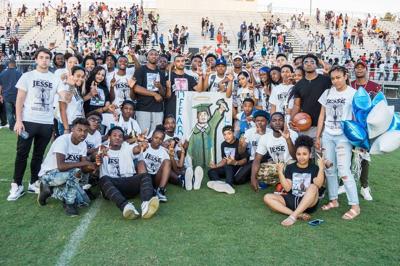 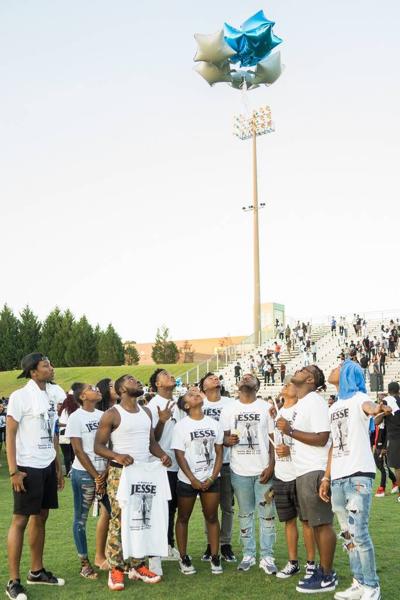 Thomas, a member of the Stockbridge High basketball team, was killed last Saturday in a fatal shooting. T-shirts and fans that depicted Thomas smiling were sold to help cover funeral costs for the family. Balloons were released into the sky in his honor.

Thomas played 23 games during the 2016-17 season for the Tigers and averaged 8.9 points per game. He was an All-Region selection in Region 4-AAAAA.

Stockbridge head boys basketball coach Rodney Latham said that Thomas would run through a wall for him if he asked him to. That attitude allowed Latham to see a different side of Thomas that few others got to see.

“He meant a lot for the program — he was a hardworking kid and the kind of kid that you want to have out there,” Latham said. “He was the first one in sprints and he was a hard worker. He picked up the rest of the guys when we were down. He was a good-spirited kid that gave you everything he had on both ends of the floor.

“He was energetic, vocal and had the leadership to win at any cost,” Latham continued. “He wanted to be successful — it would have found him in anything he would have done on and off the court. It was always bigger than basketball. He was a good friend, and good person and he meant well.”

According to Latham, Thomas took to basketball and used it as a means of channeling his energy. The game became a priority for him, and he worked hard to improve his skills and to be a strong teammate.

“Basketball was his outlet. He worked real hard in the classroom to ensure that he’d get there,” Latham said. “We brought in a school and he was really happy. It changed him — that he could do it during the end of the school year, he realized he was about to graduate. He wanted to give it another chance.”

Latham and Stockbridge Principal Eric Watson spoke to the hundreds in attendance during the vigil. Council members and members of the Henry County Board of Education also attended the event, aimed at celebrating Thomas’ life.

“He was relentless on the basketball court,” Watson said. “Initially it puts a damper on the excitement (of the end of the school year) but I think our student body will turn it into a memory for him. He was a lively person and he’d want them to celebrate and celebrate his life.”