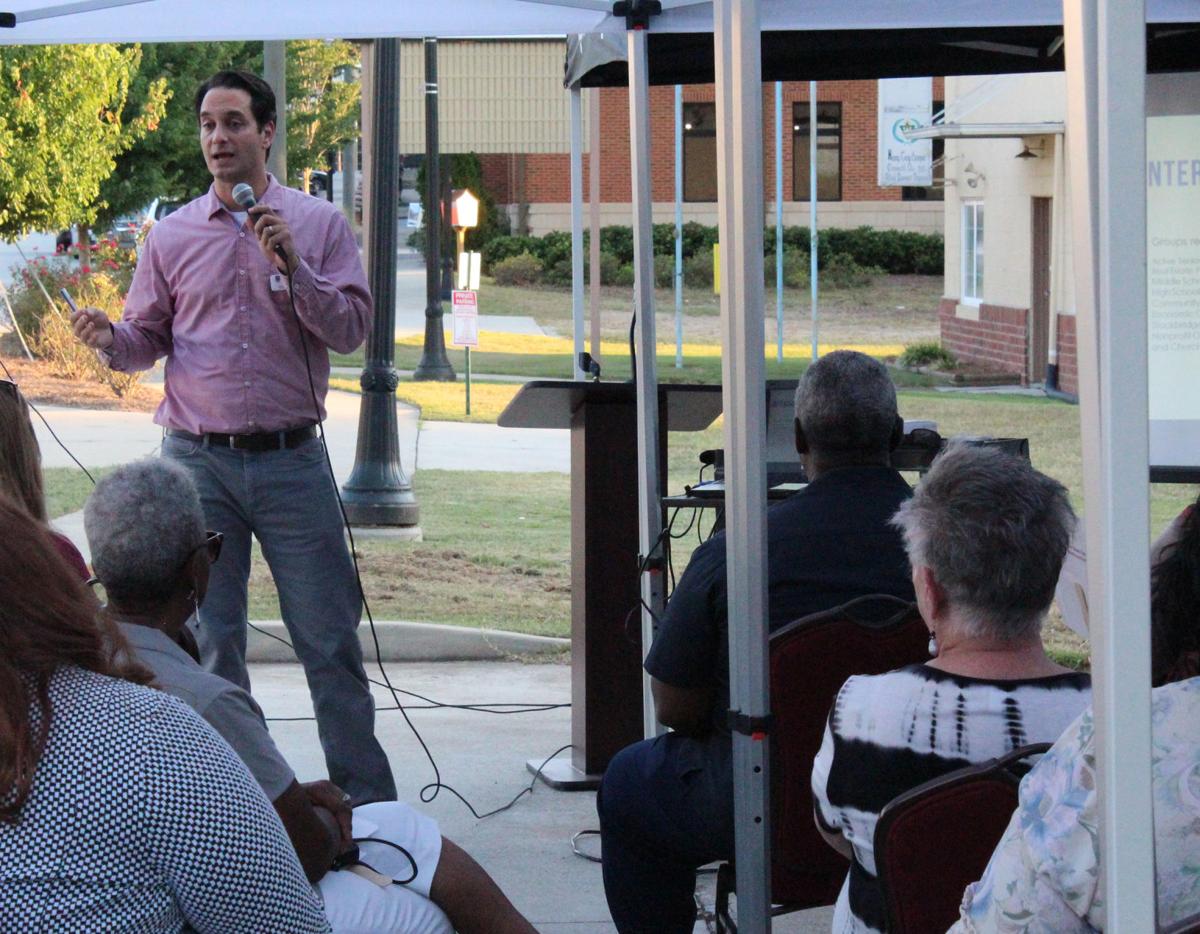 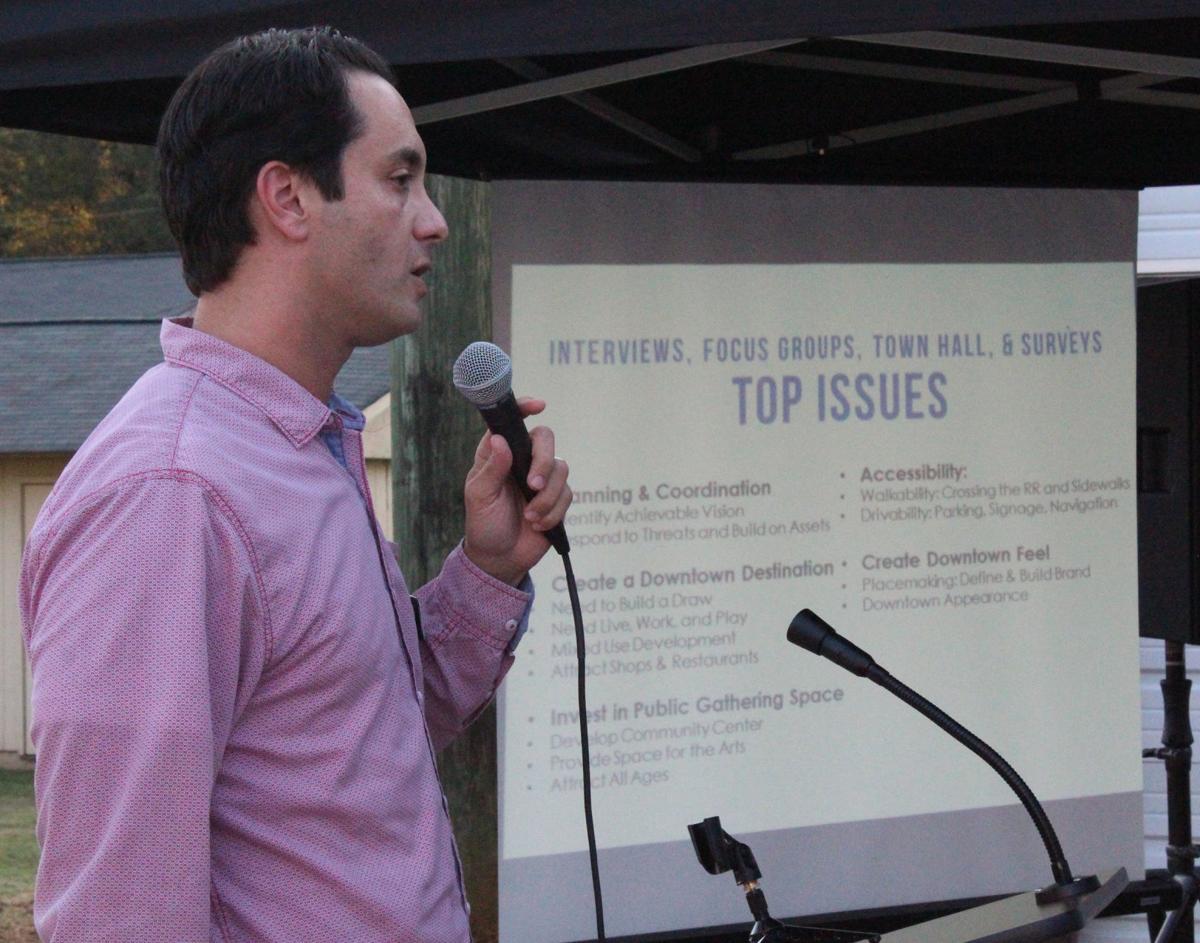 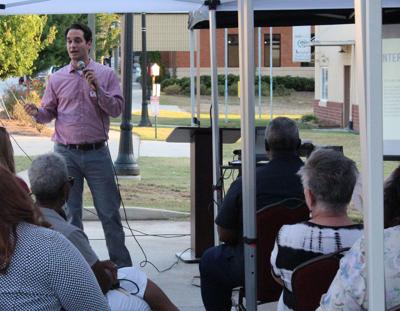 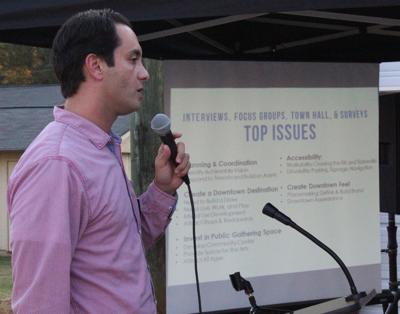 STOCKBRIDGE — A few years from now, Stockbridge’s downtown area could look a lot different than it does now.

That message was sent at a presentation Thursday evening in front of Stockbridge’s old fire station on Martin Luther King Sr. Trail, an old fire station that could be repurposed into a town center of sorts.

Officials with a number of state agencies, such as the Georgia Municipal Association, the Georgia Cities Foundation and the Carl Vinson Institute of Government at the University of Georgia, presented the proposals as part of the result of surveys given to the city of Stockbridge.

The city is one of several in the state to participate in the Renaissance Strategic Visioning and Planning program. The results of that program were part of the proposals introduced Thursday.

The program involved surveys, town hall meetings and interviews to help the city of Stockbridge determine both short-term and long-term goals for the city and its downtown.

The repurposed fire station was seen as a future social hub, which was one of the top five requests from those in the city.

The location would be intended to be a hub for people to gather in a variety of settings. The facility could be office space, a storage location, or even a social spot.

In addition to the town center, long-term plans could also include a new pedestrian bridge next to the bridge that runs over the top of MLK Sr. Trail, as well as new construction of buildings that could be used for retail, restaurants and apartments.

That construction, which was proposed to be built on Burke Street, was enthusiastically greeted by some, such as Councilman Elton Alexander, who spontaneously cheered loudly upon seeing the proposal.

The improvements are intended to transform a downtown Stockbridge that is not positively seen by many people. In fact, comments shared in the presentation did not reflect kindly on the downtown area.

In a recent survey, participants were asked to describe downtown Stockbridge in three words. Popular words to describe the area included “boring,” “lacking,” “potential,” and “outdated.”

That same survey also asked participants what they want to see in downtown Stockbridge in 10 or 15 years. Popular responses for that question included “fun,” “thriving,” “vibrant” and “restaurants.”

Other proposals included different options for the vacant area across the street from the fire station and the rest of the buildings on MLK Sr. Trail.

Currently, that area houses some equipment and is limited in its scope because of the railroad that runs parallel to the street.

Officials in charge of the RSVP program suggested beautifying that area with possible construction or wildflowers, rather than the current gravel area.

In his speech thanking those from the RSVP program for their work, Mayor Anthony Ford said it was up to him and the City Council to put these plans in action, and to find the necessary funding.

No. 8 Florida State strolls past Pittsburgh