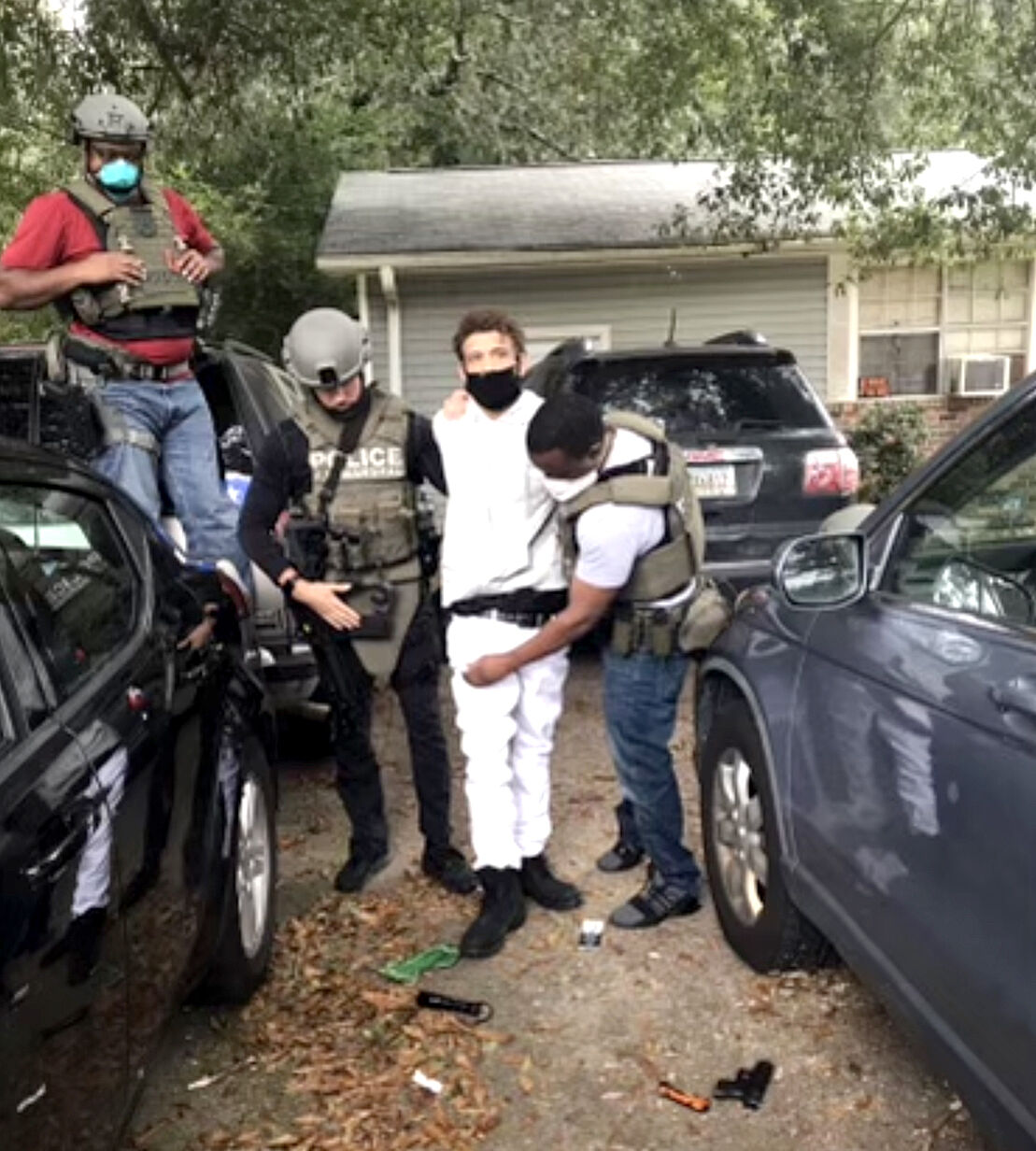 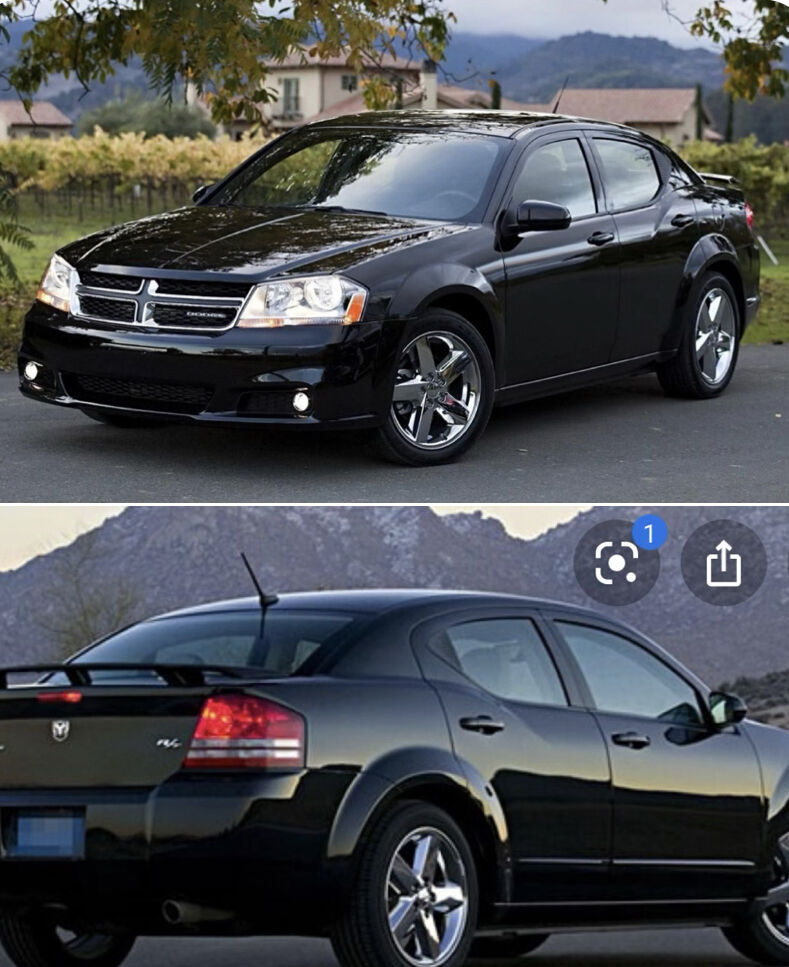 Police are searching for Karl Jordan, who is thought to have stolen a black 2011 Dodge Avenger with a Georgia tag No. RXT-4055, after robbing a Henry County Waffle House and shooting a woman in the head Thursday morning. 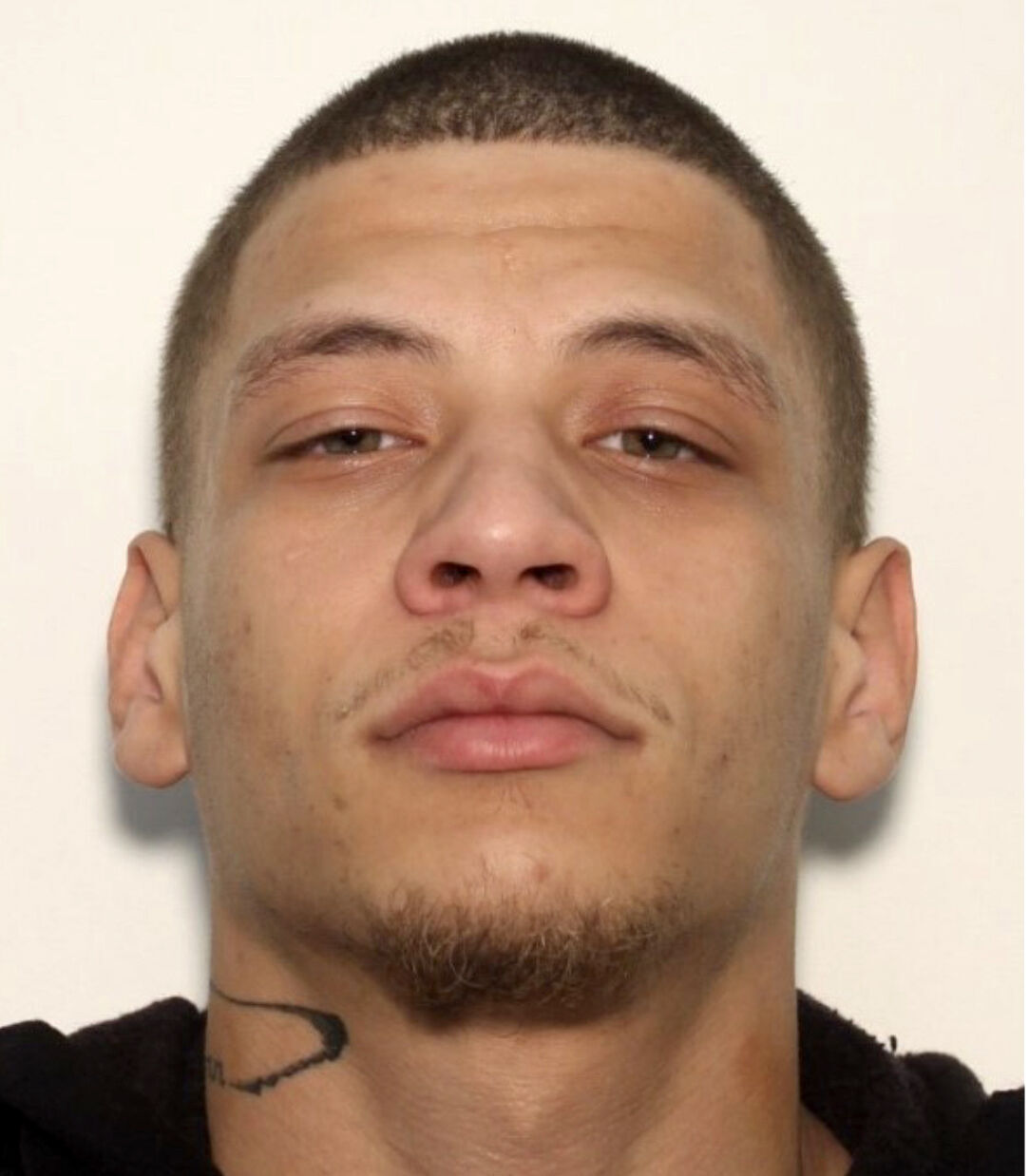 Police are searching for Karl Jordon, 26, who is wanted for allegedly shooting three people Wednesday in Clayton County and shooting a woman and robbing a Waffle House in Henry County Thursday morning. 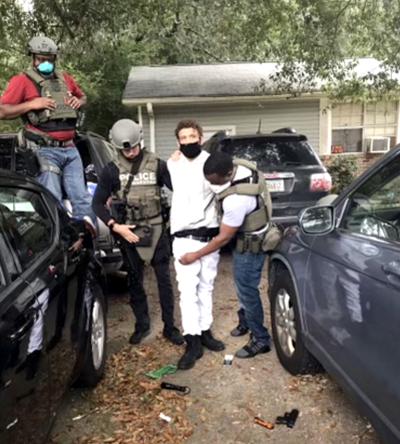 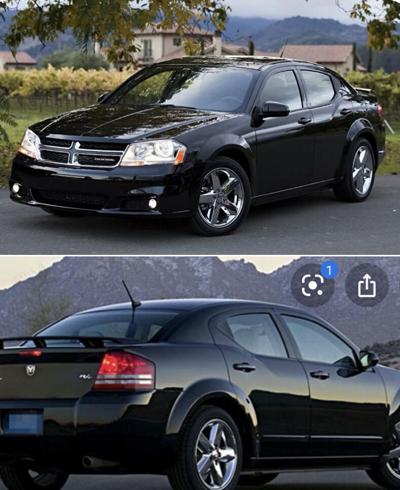 Police are searching for Karl Jordan, who is thought to have stolen a black 2011 Dodge Avenger with a Georgia tag No. RXT-4055, after robbing a Henry County Waffle House and shooting a woman in the head Thursday morning.

MCDONOUGH — A man wanted for allegedly shooting three people in Clayton County Wednesday night and  robbing a Henry County Waffle House and shooting a woman in the head Thursday morning, was arrested hours later, according to the Clayton County Police Department.

Karl Jordan, 26, was caught in a Henry County neighborhood and taken into custody by the Clayton County Police Department and U.S. Marshal's Task Force.

Police officials in Henry and Clayton counties were looking for Jordan after he fled both scenes on Wednesday and Thursday.

On Wednesday evening, Sept. 23, Clayton County police responded to a person shot call on Glynn Court in Hampton. Police found three victims, including a child, whose injuries are non-life-threatening. Another adult shot is also expected to recover. However, the third victim is in critical condition, Clayton County police said in a release.

Early Thursday morning, Jordan allegedly robbed the Waffle House on East Lake Parkway in McDonough, shot a woman at the restaurant and stole her vehicle, a 2011 Dodge avenger.

The condition of the Waffle House victim is unknown.

No motive has been given for the shootings. In initial alerts, Henry County police said Jordan was to be considered "armed and dangerous and a known drug user."

POLL: Have you already turned on your heat at home?

It's starting to get chilly outside and that means you will have to make the switch from air conditioning to heat soon. Have you already turned on the heat this fall? This is not a scientific poll — results reflect only the opinions of those voting.