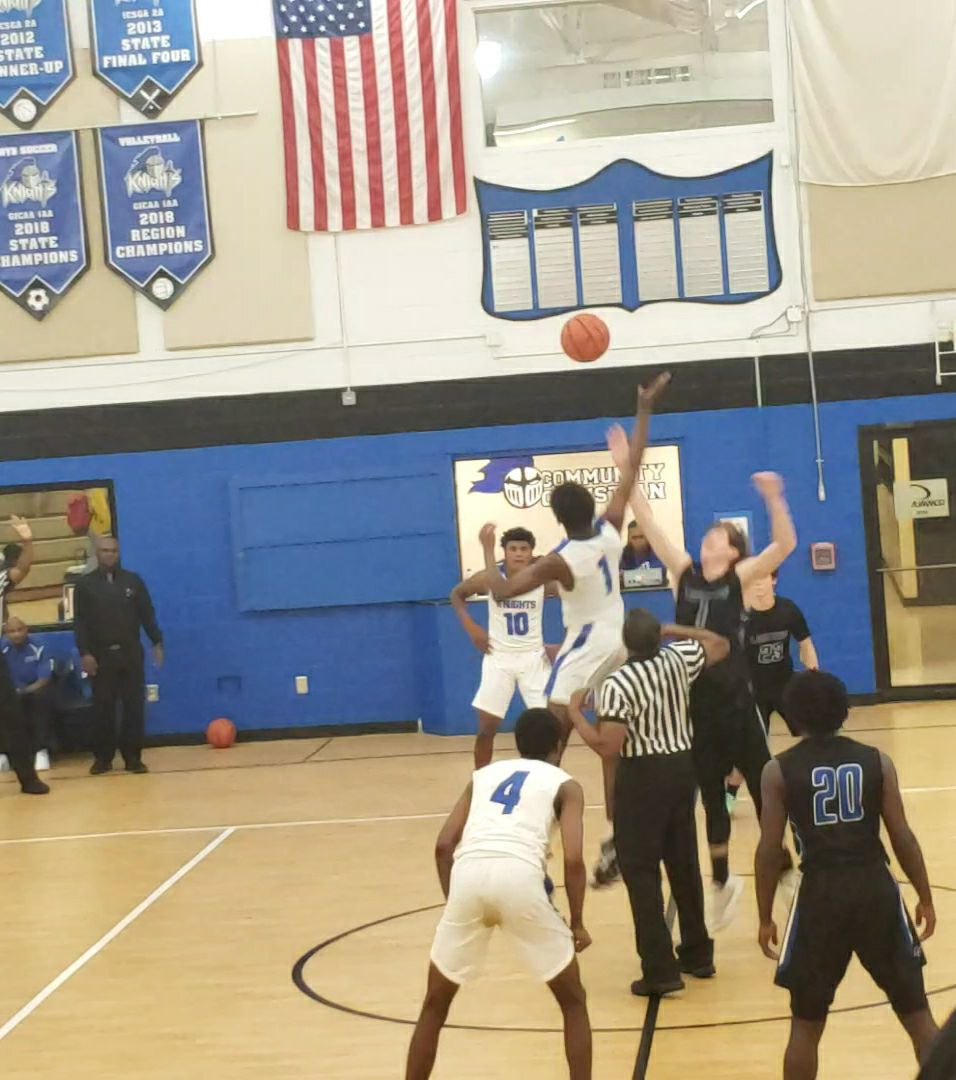 Community Christian School goes up for the ball.

The Knights bring the ball up court. 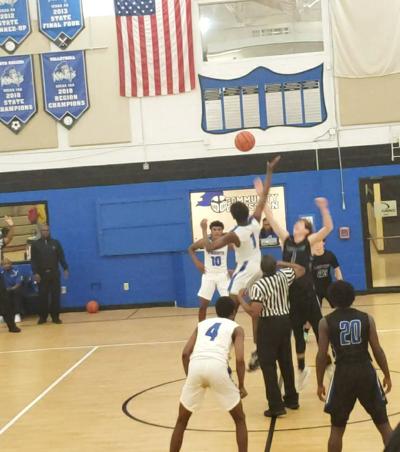 Community Christian School goes up for the ball.

The Knights bring the ball up court.

STOCKBRIDGE — Community Christian School relied heavily on outside perimeter shooting in the first quarter and from there, that’s where Central Fellowship Christian Academy fell behind.

Community Christian School was the ultimate winner of the 79-52 game Tuesday evening. But from the beginning it was a little bit of practice.

From the first three minutes of play, the rout was pretty much on. Eventually, Central Fellowship was looking at a 13-2 deficit that it couldn’t climb out of.

The first quarter was almost a 30-point game, just 23-6 but Community Christian School was well in the lead. Things lightly changed in the second quarter as the Knights swapped their offensive starters out for their bench but even so, the program’s lead only continued to grow as they were shooting well from deep.

But they did have some noticeable differences compared to the GHSA programs in the county. Boxing out was almost non-existent at times and the usage of the deep ball was a bit egregious at times.

But these were issues that even head coach Karmarlos Jackson addresses in practice.

“It’s definitely an issue and something we work on as well,” Jackson said. “We do box-out drills in practice, but I think in games like this when you feel as though you’re at an athletic advantage. The fundamentals seem to disappear or go away. I was not pleased, especially in the last three to four minutes of the game the way we didn’t do the fundamental things. We’re still in a building process, we’re still building. Unfortunately, we don’t have a lot of time to get it right.”

Add in the fact that the bench gave up numerous points, if you count numerous as 10 in the second quarter, it stands to reason that Community Christian School’s play was missing something.

The program has the height to handle anyone in the paint but the reluctance to go there made the team feel almost one-dimensional. But it worked.

The Knights had a 42-18 lead into halftime and the program was just going to carry on to victory. The Knights’ inside game didn’t materialize even when up. A few attempts turned into easy steals as Fellowship did better on interior defense, but the long ball was just what Community Christian School thrived on.

Their opponent Fellowship did manage to score more points than they’d had in the first two quarters a piece with an 18-point third quarter, but it did little for their deficit as the Knights pretty much drilled 28 points.

The fourth quarter was probably the best Fellowship had from a standpoint that Community Christian became a flashier team late and the Lancers just didn’t give up.

Community Christian didn’t attempt as many shots in the fourth quarter but carried home the 79-52 victory.

Kobe Head led the Knights with 23 points with 15 of them coming from the deep ball. Jaylin Coleman chipped in 16 with Sherod Flano II scoring 14. Vincent Espirit chipped in 11.

College Park's near comeback falls short against the Wisconsin Herd

COLLEGE PARK - The College Park Skyhawks heat up and cool down and that's just a product of basketball in the NBA G-League.

Sorry, there are no recent results for popular videos.

USC is waiving tuition for students whose families make less than $80,000