$1.99 for 3 days
Get Started
You are the owner of this article.
Edit Article Add New Article
You have permission to edit this article.
Edit
Home
News
Sports
Features
Find a Job
Opinion
Obituaries
Community
Place ad
e-Edition
Help
1 of 10 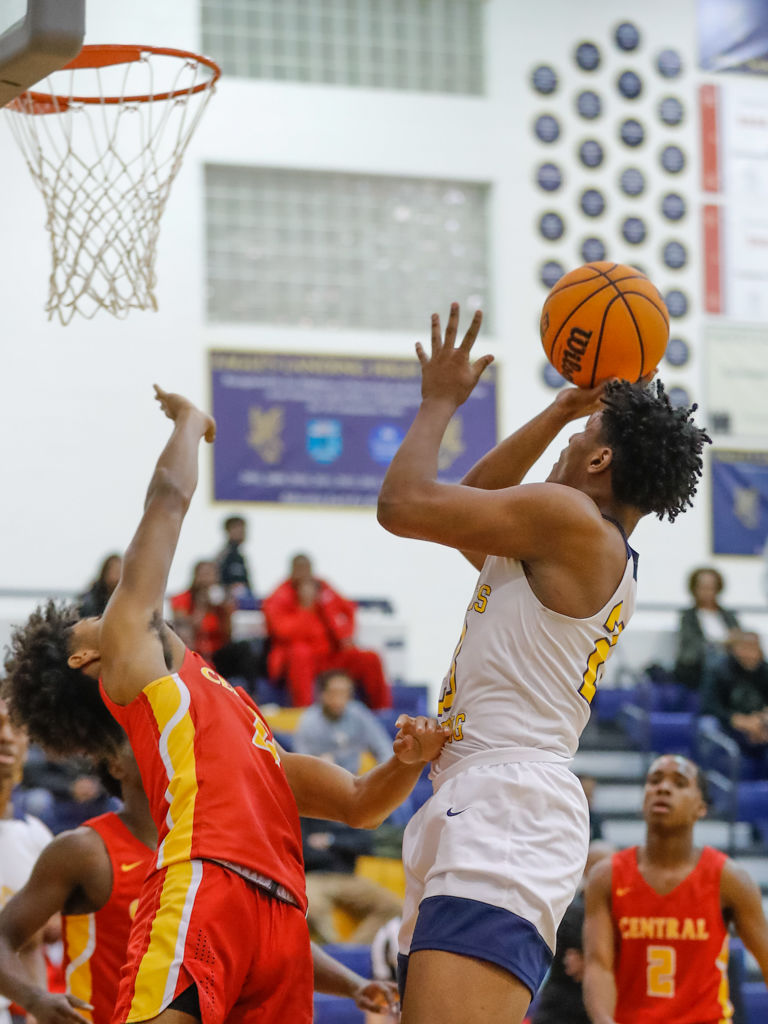 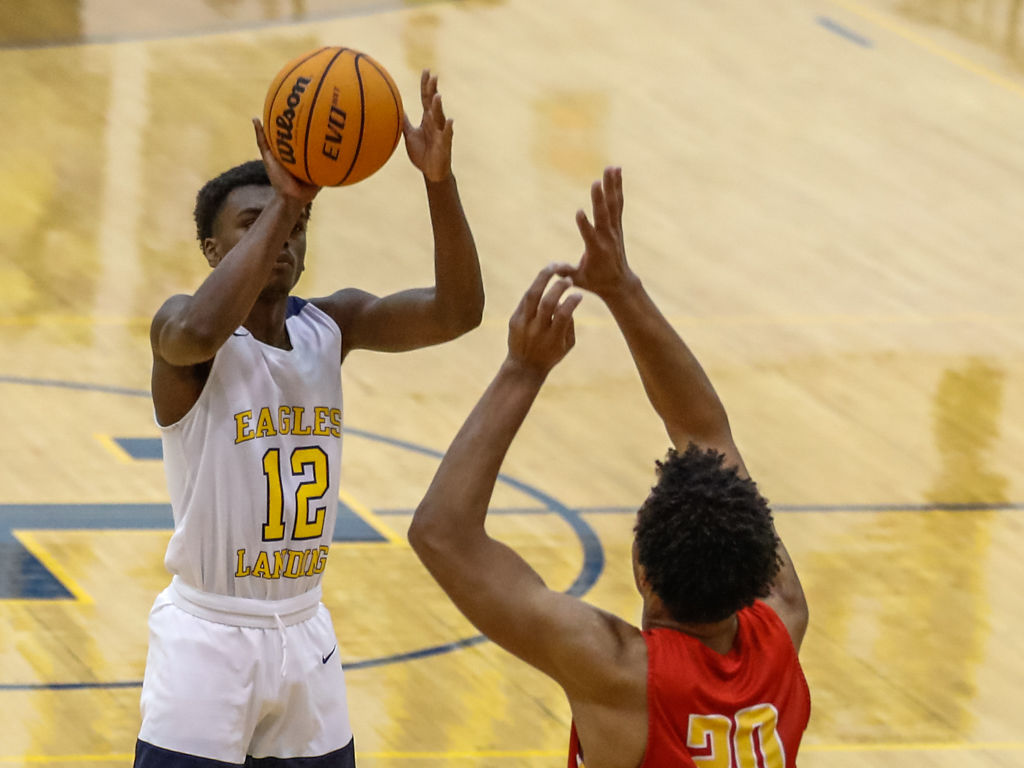 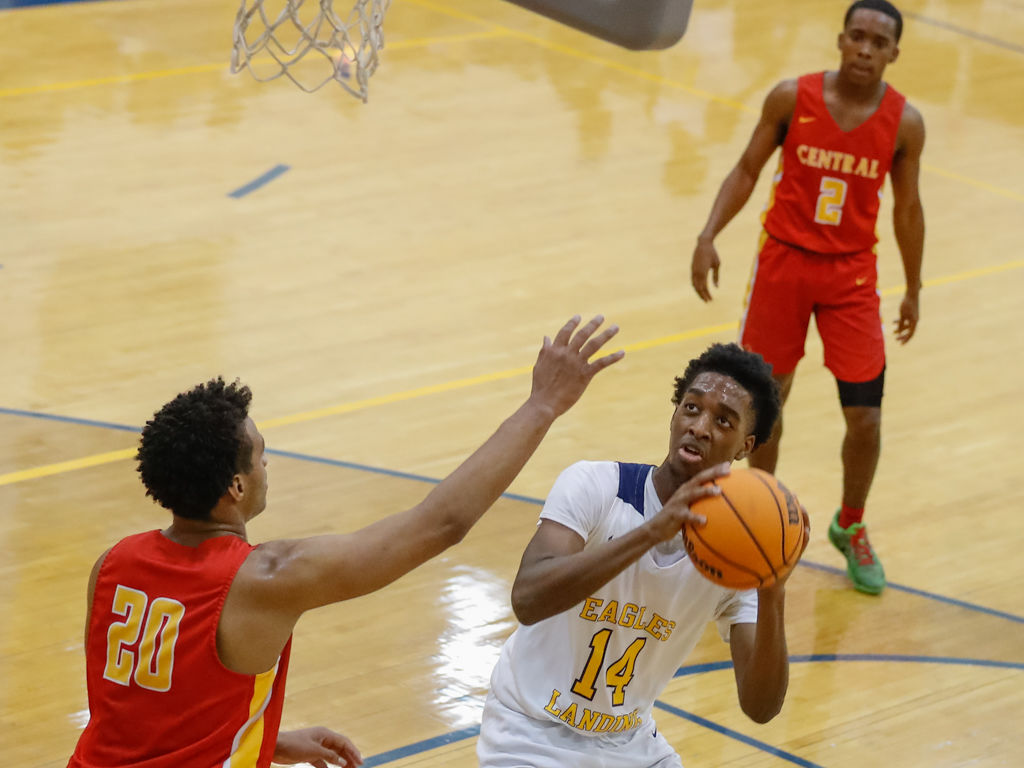 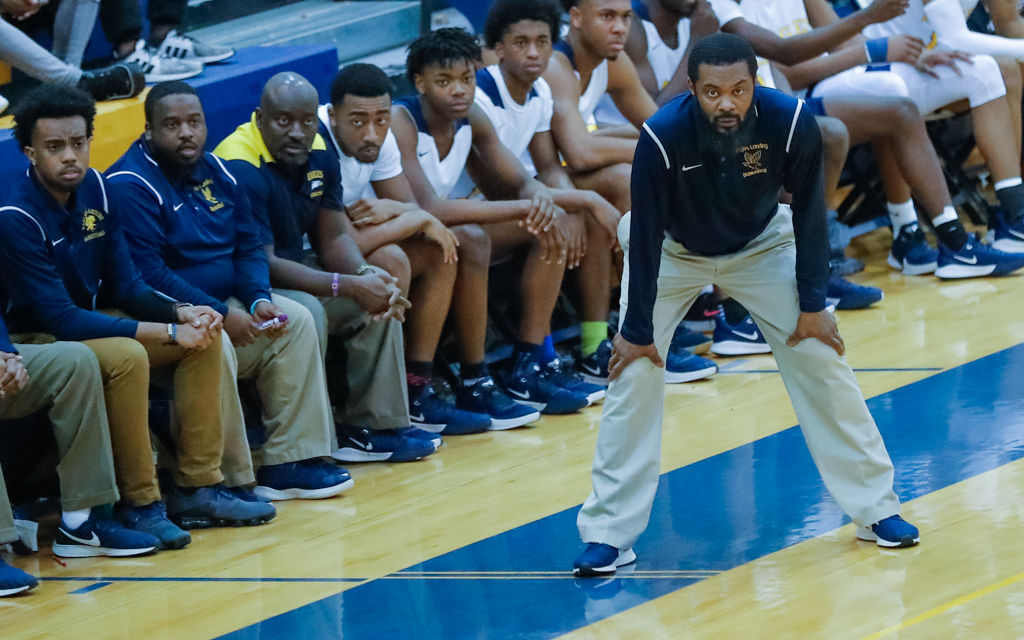 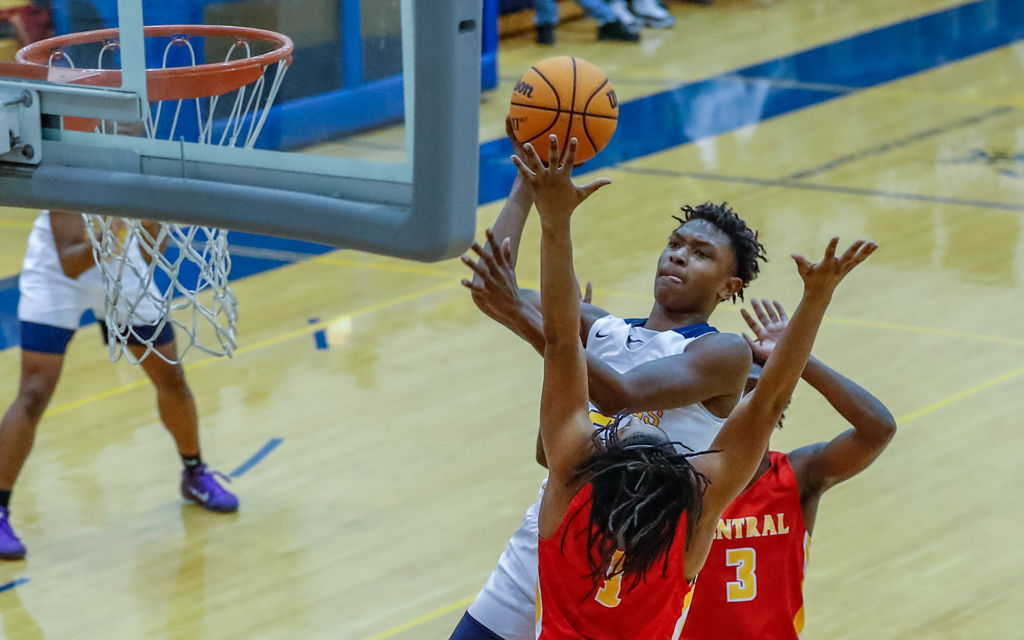 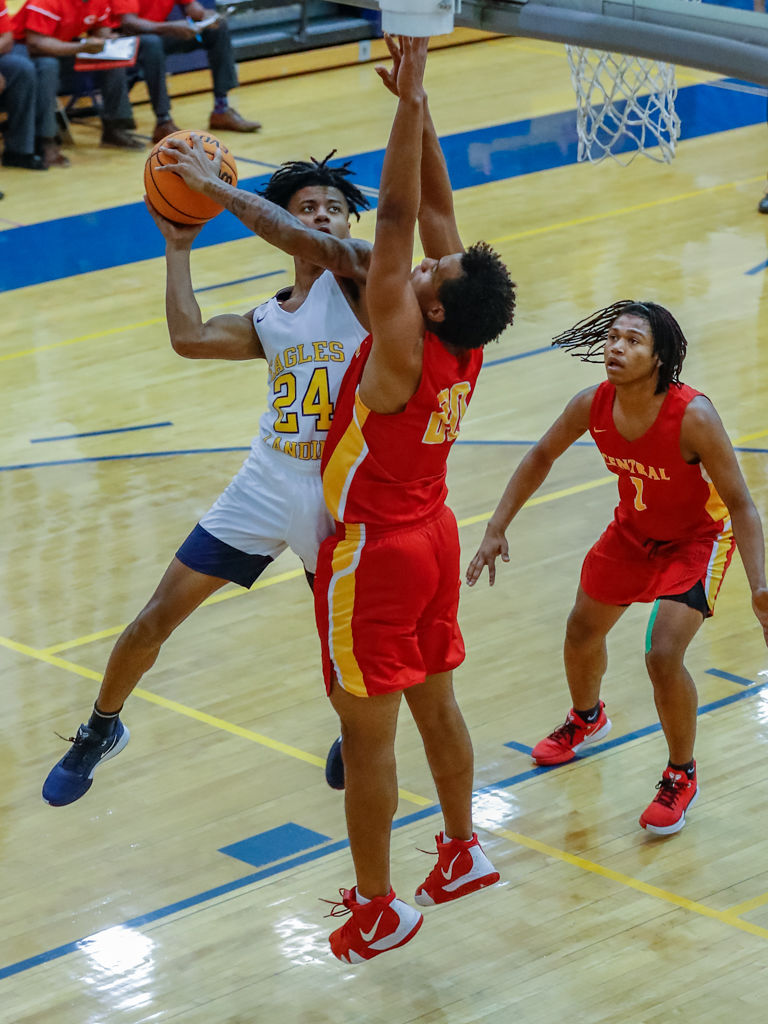 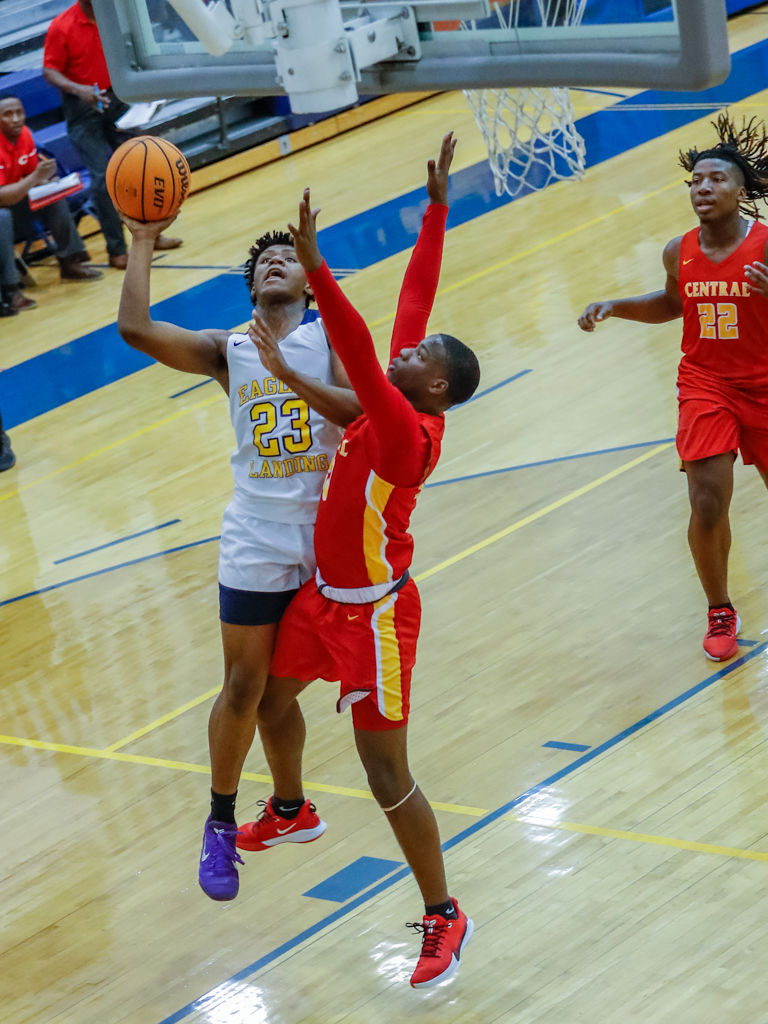 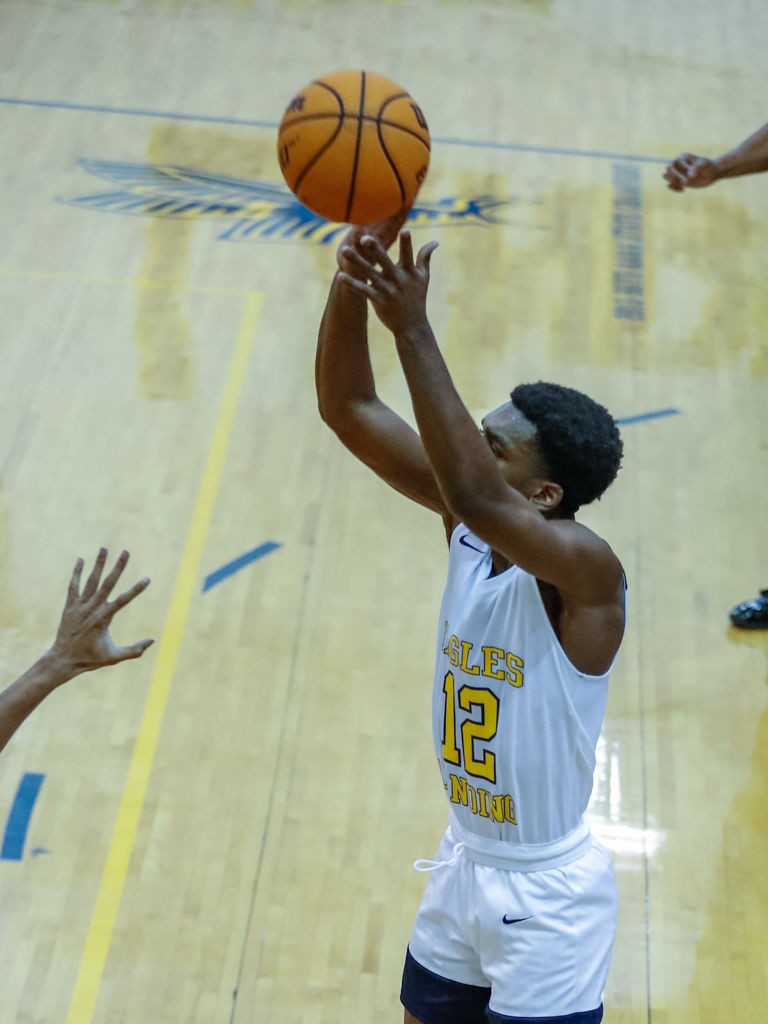 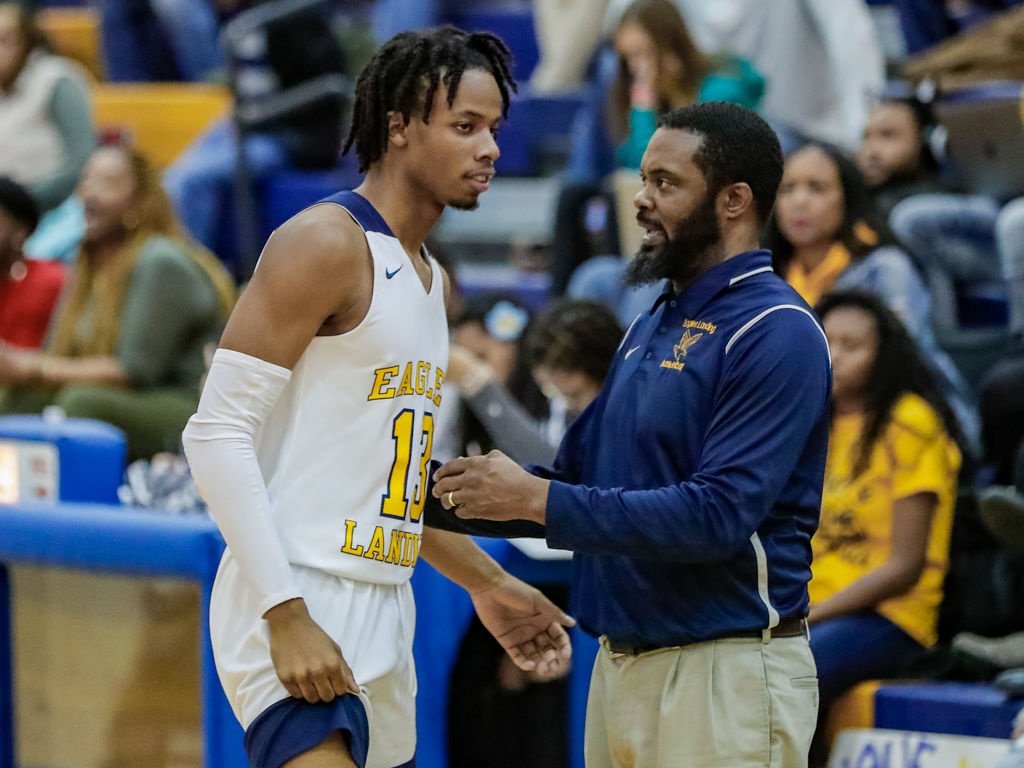 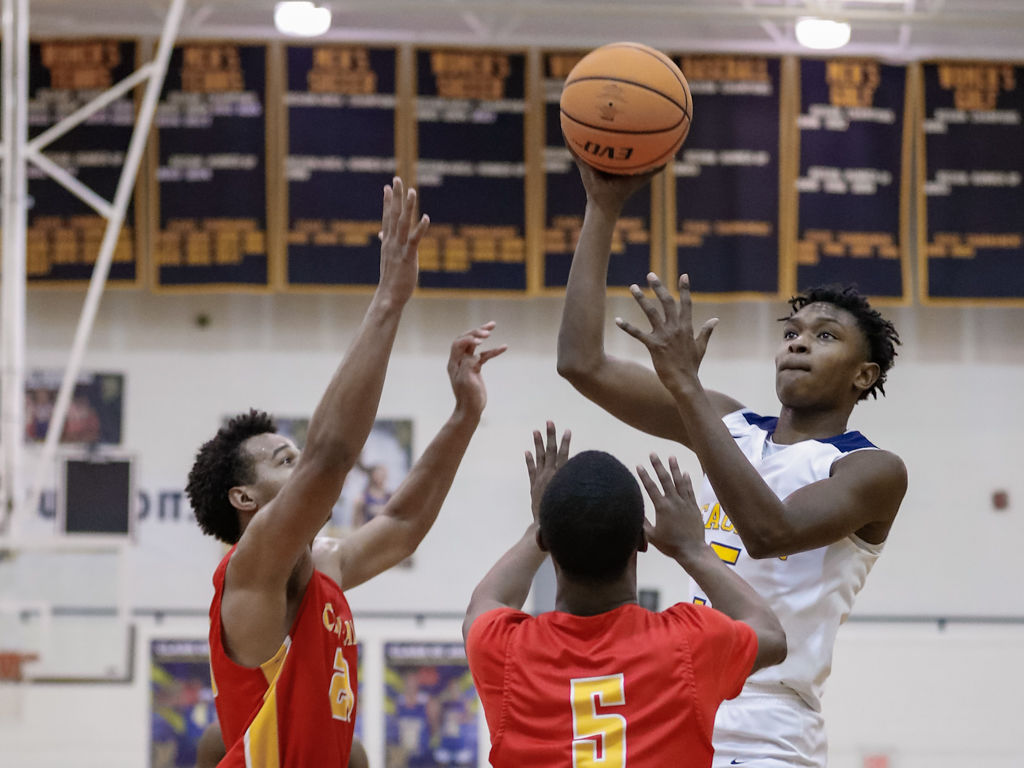 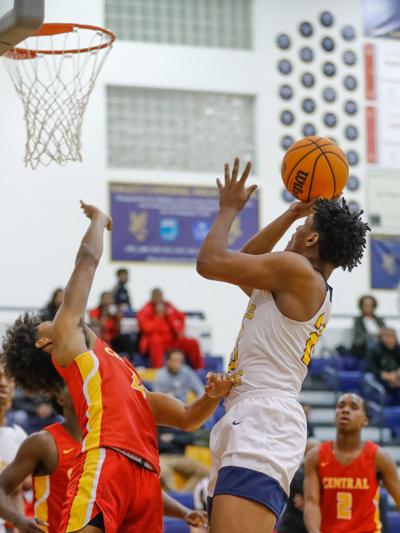 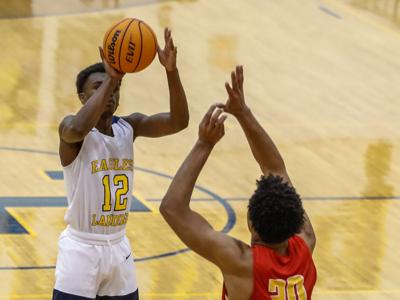 McDONOUGH — Clarke Central wasn’t figured to come to Eagle’s Landing and defeat the Golden Eagles but it happened Thursday night in Sweet 16.

Spending over 20 minutes trailing, Eagle’s Landing finally wrestled the lead away in a back-and-forth affair only to wind up eliminated from the postseason in the 55-50 home loss.

”Of course I think the season ended early,” Eagle’s Landing head coach Elliott Montgomery said after the game. “Three years in a row. First year, we lose to Riverwood and we blew it late. Last year, we lost to Fayette County, we blew it late and this year we played a team that I wouldn’t say wanted it more. We wanted it. They went about it a totally different way. And — we lost.”

Eagle’s Landing is a team that can score early, often and in bunches. But without Keith Lamar over the past few weeks, the offense relied on Kirshon Thrash. The good news was that Lamar was back but coming off the bench to start the game.

Without Lamar on the court, Clarke Central jumped ahead early and quickly. 13-1 was the lead before Lamar stepped on the court. And in his return, a knockdown three that just ignited the offense.

For two minutes, Eagle’s Landing was untouchable. Clarke Central couldn’t score and the Golden Eagles went on a run that ended up being a 13-8 hole after the first quarter ended.

Although they didn’t recover the lead by halftime, there was no need for urgency on their end of the floor. Lamar was limited to his minutes, but they were valuable at giving the Golden Eagles some momentum.

As halftime came, Eagle’s Landing still trailed but it was a manageable 22-19 hole that could be turned at any time.

Clarke Central wasn’t going to roll over just because the lead was taken from them. Instead, a series of lead changes occurred, and the Golden Eagles cooled down.

By the time the quarter ended, Clarke Central had a run of their own and led 37-32 entering the fourth quarter. But the fight had to go down to the wire.

But look back at the fourth quarter it was a game until the end.

Eagle’s Landing came back within one over 1:15 marking the deficit as 37-36 but it wasn’t over.

The Golden Eagles picked up the lead on shots from David Thomas, but it wasn’t enough as Clarke Central’s Jaquez Smith got the Gladiators the lead back.

Lamar accounted for some of the scores in the fourth as well, but the Gladiators just ran off with the lead knocking down a three to get ahead and then draining their free throws down the stretch.

Thrash accounted for the final three scores of the night at the line, but Eagle’s Landing’s season came to an end in Sweet 16 for the third time in a row.

Thrash led the team with 15 points, Lamar accounted for 11 while David Thomas had 10 in the loss.

The Patel Firm compiled data from the Bureau of Transportation Statistics to identify how rates of drunk driving have declined since the 1980s. Click for more.

McDONOUGH — Looking through the brackets, Henry County as a whole has done well in Sweet 16 and Eagle’s Landing was looking to do the same Thu…

NFL finalizes 2022 opponents for every team

Robot umps to call balls-strikes in Triple-A in 2022

NFL finalizes 2022 opponents for every team

‘Ozark’ Boss Breaks Down the Byrdes’ ‘Impossible’ Job in Season 4