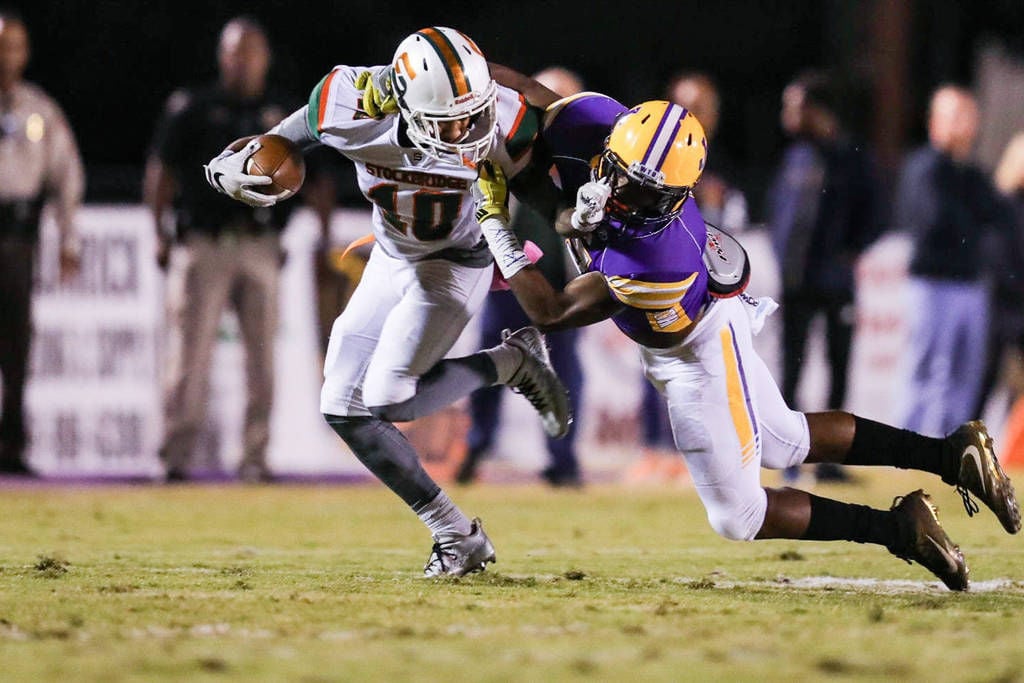 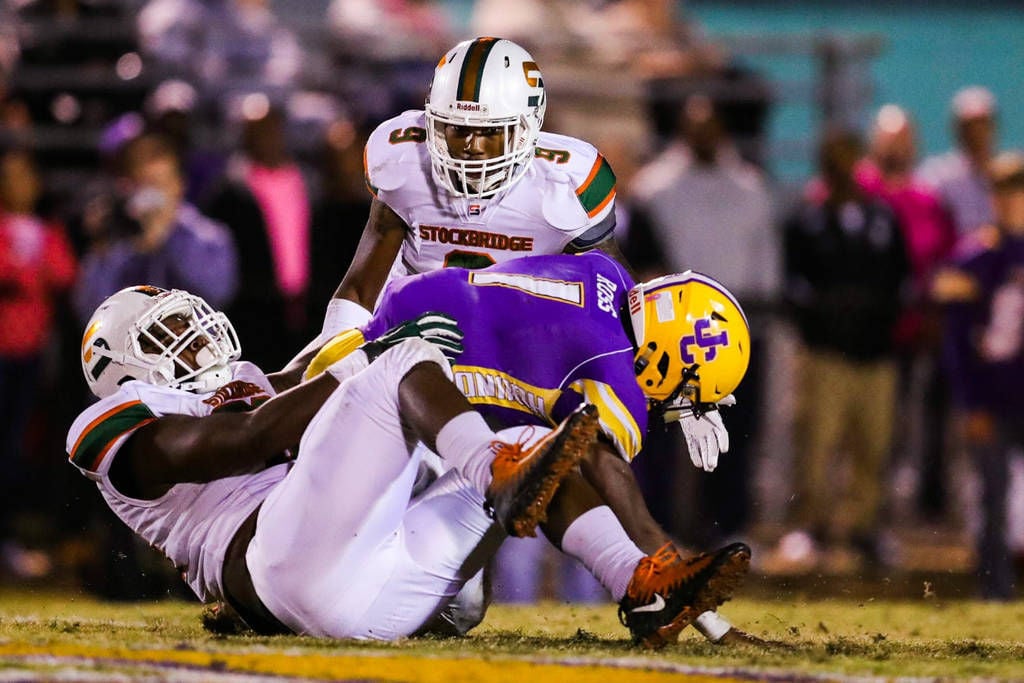 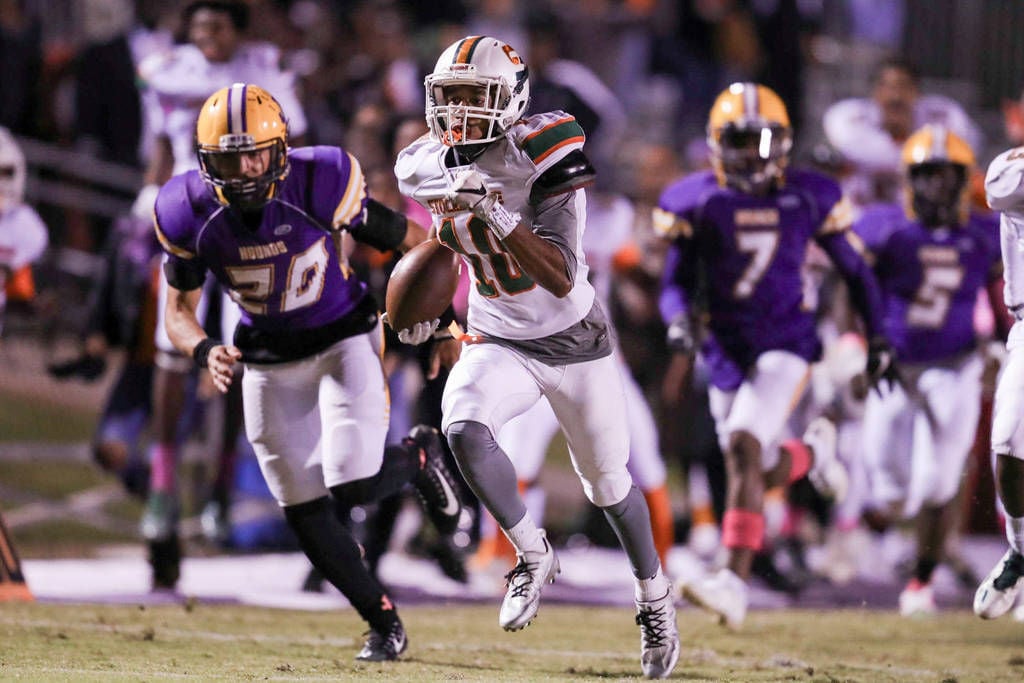 Stockbridge High’s Yahsyn McKee rushes for a 57-yard touchdown in the first half of Friday’s Region 4-AAAAA championship game against Jones County. 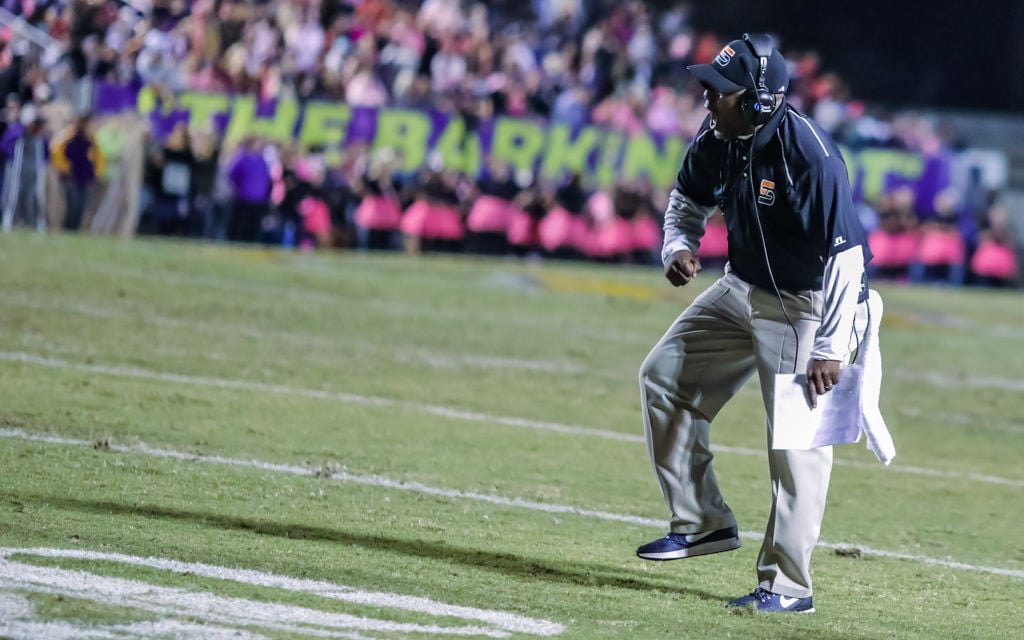 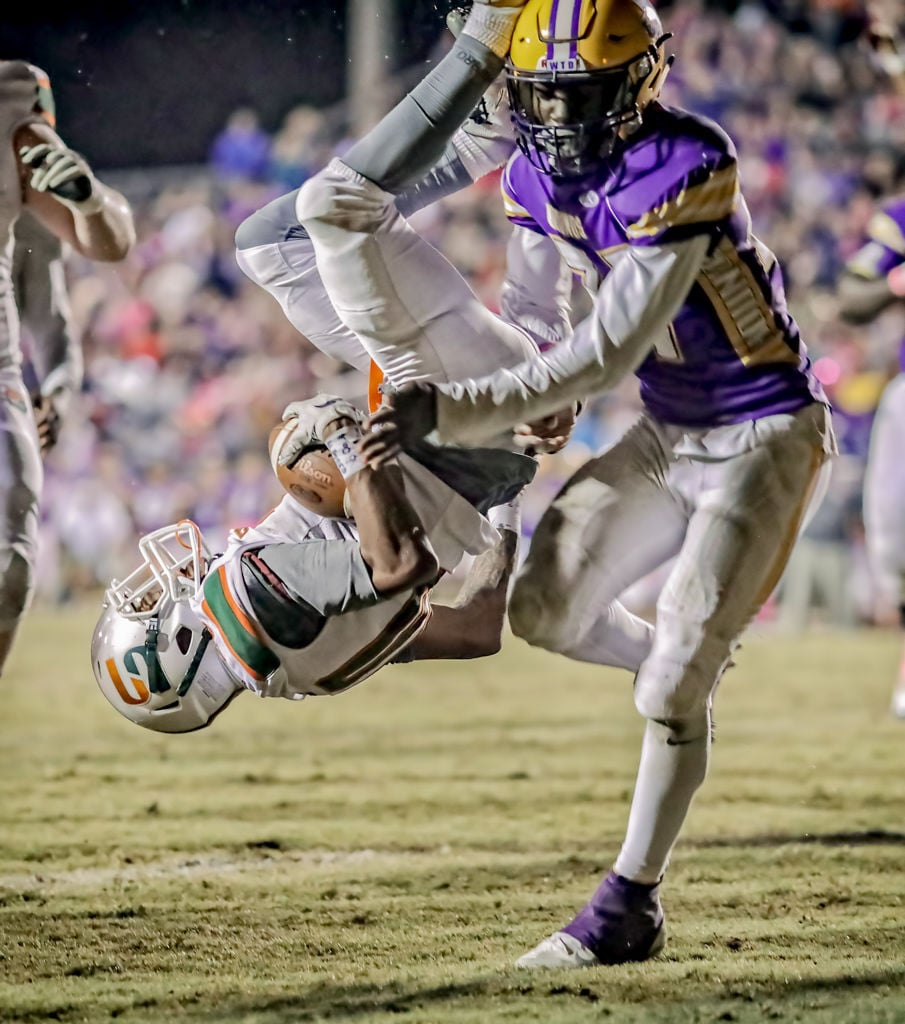 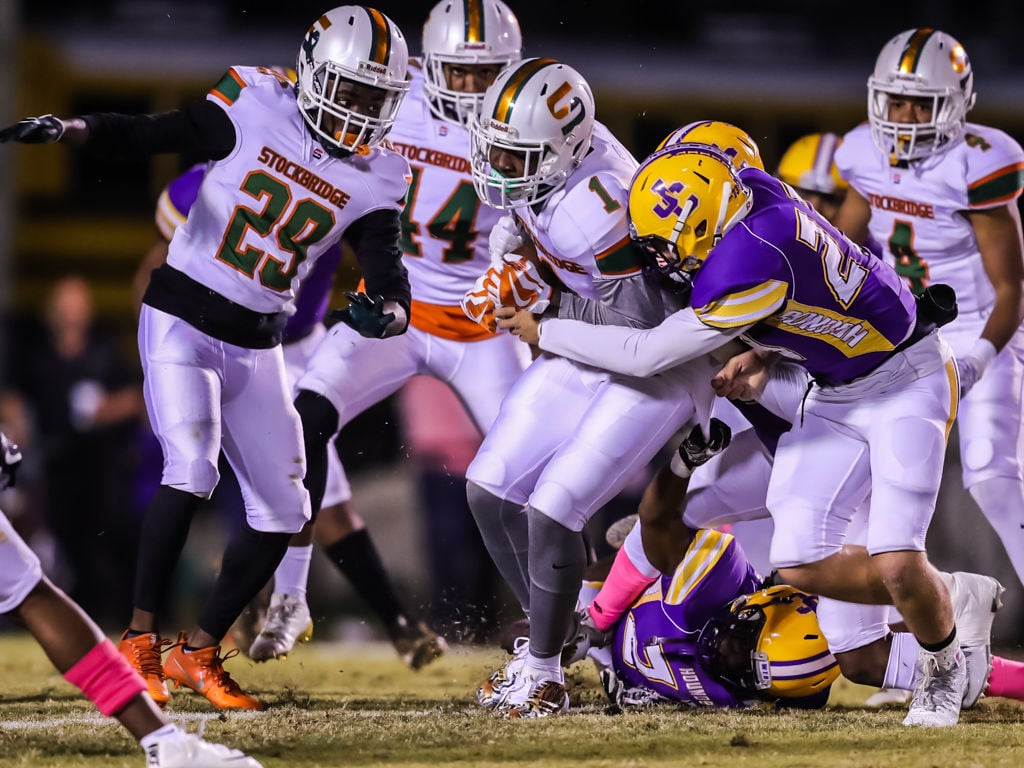 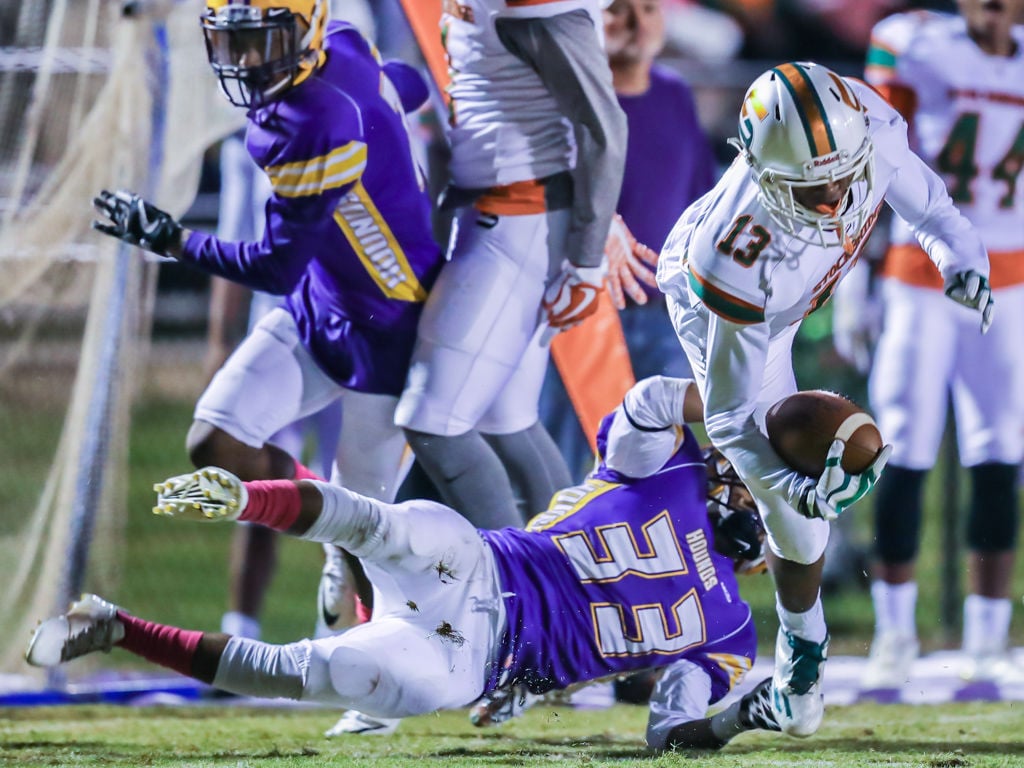 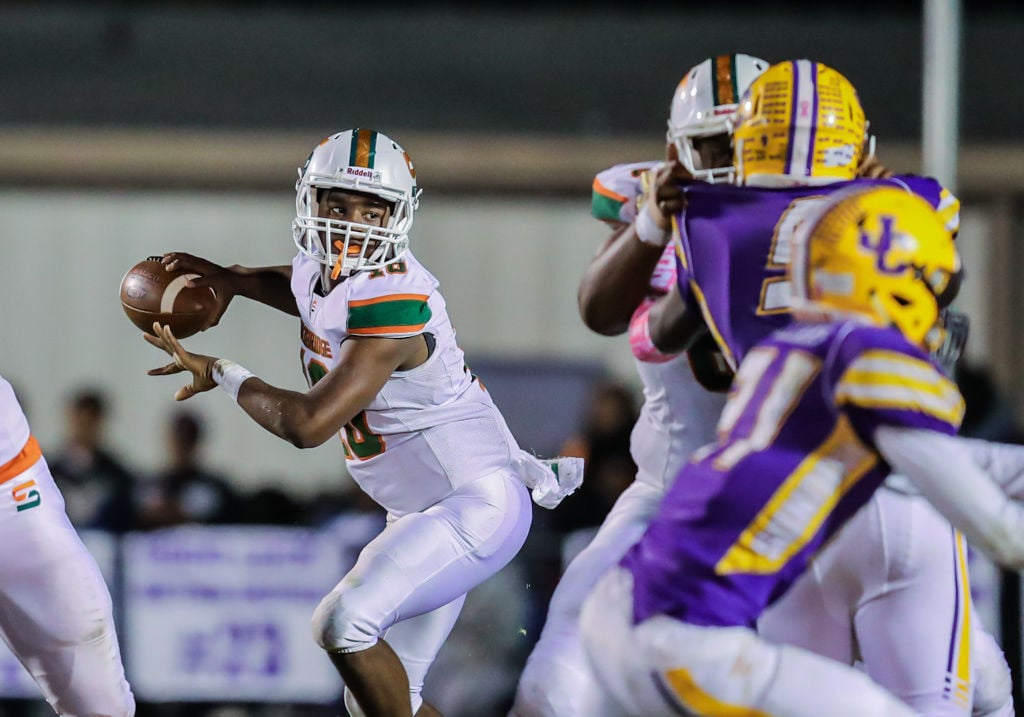 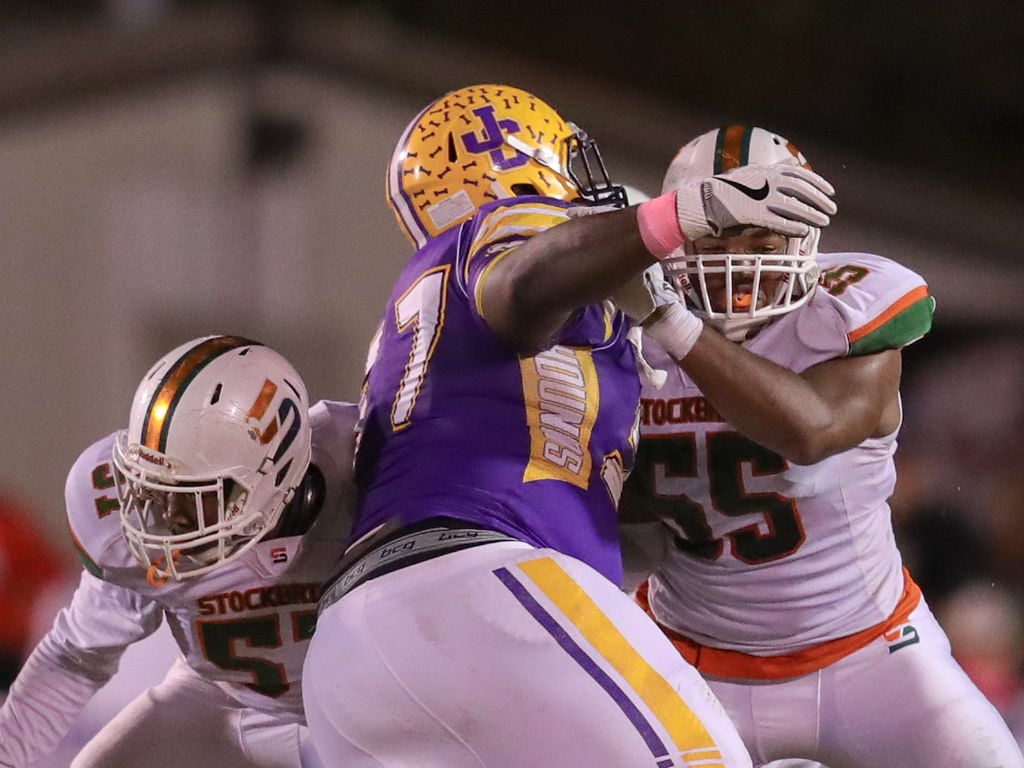 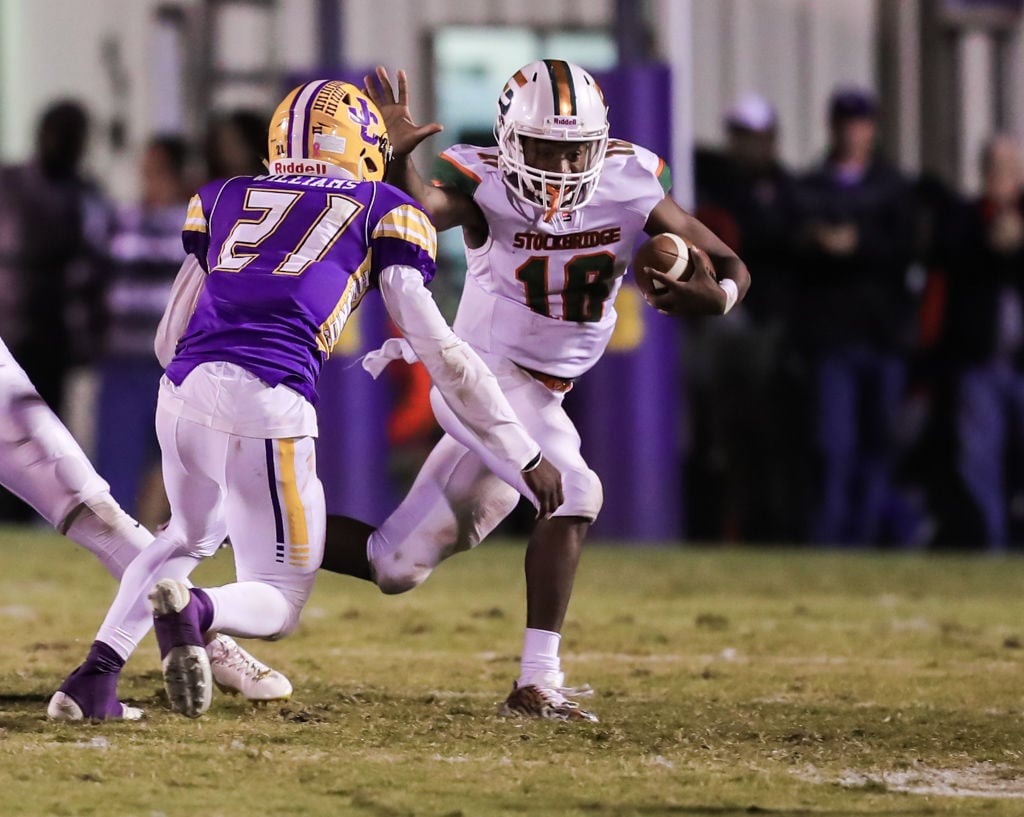 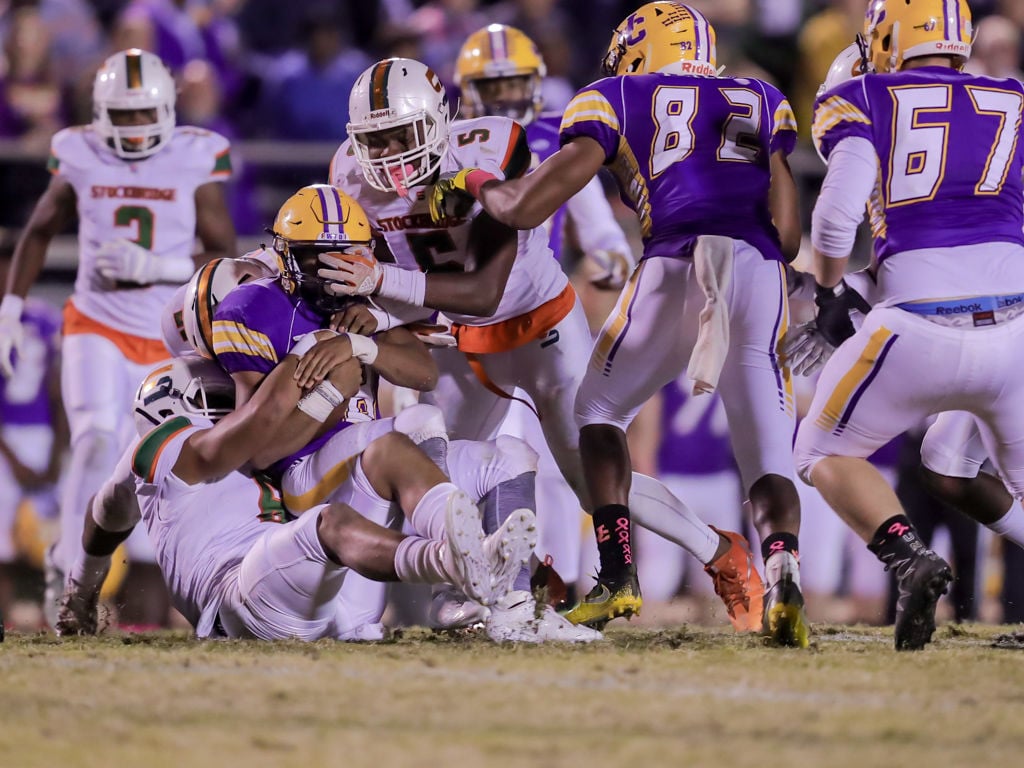 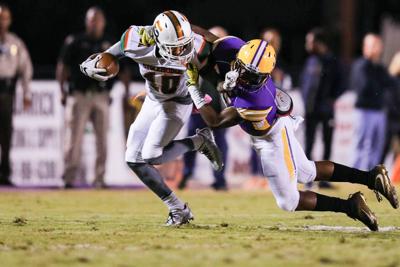 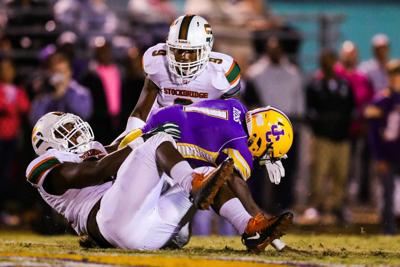 Stockbridge High’s Yahsyn McKee rushes for a 57-yard touchdown in the first half of Friday’s Region 4-AAAAA championship game against Jones County.

GRAY — The stingy defense won out over the high-octane offense, but it was not easy.

The Stockbridge Tigers remained kings of Region 4-5A with a 27-17 victory over Jones County in Friday night’s battle of unbeaten teams in Gray.

The third-ranked Tigers (9-0 overall, 7-0 region) clinched their fourth region title in a row and fifth in the last six seasons with the win against the fifth-ranked Greyhounds (8-1, 6-1).

Jones County was trying for its first region title since 2001. The school’s only other came in 1961.

Stockbridge will host a game in the opening round of the state playoffs Nov. 10 as the region’s top seed no matter what happens in next week’s regular-season finale against Union Grove at home.

Jones County must defeat Dutchtown next Friday to finish second in the region and also claim a home game in the playoffs.

The Tigers, who have four shutouts this season, entered Friday’s game giving up an average of just 3.9 points a game — the best in the state.

The Greyhounds were averaging 42.5 points a game, the third best in Class AAAAA, and had not scored fewer than 34 points all season.

Both teams’ stats took a hit. The 17 points Jones County scored were well below its season average but was also the most allowed by the Tigers this season.

“It is good to get another region title. But both teams had too many unforced errors,” Stockbridge coach Kevin Whitley said. “We’ll be working to correct them so we can move forward in the playoffs.

“I think Jones County will also go deep in the playoffs. Our region has gotten a lot better in the last few years.”

The Greyhounds flew down the field to open the game, scoring on a 38-yard run by senior quarterback Teldrick Ross.

But the Tigers answered with touchdowns the first three times they had the ball to take control of the game. First, senior quarterback Gabriel Mckenzie hit senior Donovan Manuel for a 28-yard touchdown, then junior Yahsyn Mckee ran 57 yards for the go-ahead touchdown in the first quarter. Mckenzie completed his second touchdown pass, this one for 23 yards to senior Marquez Ezzard, early in the second quarter to boost the Stockbridge lead to 20-6.

Jones County tried to rally in the middle of the game. Josh Skinner kicked a 29-yard field goal late in the first half to make it 20-9. The Greyhounds kept Stockbridge at bay early in the second half and scored on a 65-yard run up the middle by senior Drake Bolus, and added a two-point conversion pass from Ross to Jontavias Robertson to cut the lead to 20-17.

But the Tigers put the game away with a long drive that ended early in the second quarter with Mckee’s second touchdown run, this one for 7 yards, to make it 27-17.

The art of Potato Thing: There's a trick to creating the most perfect, golden goodness

Thunder pull away to rout Hawks