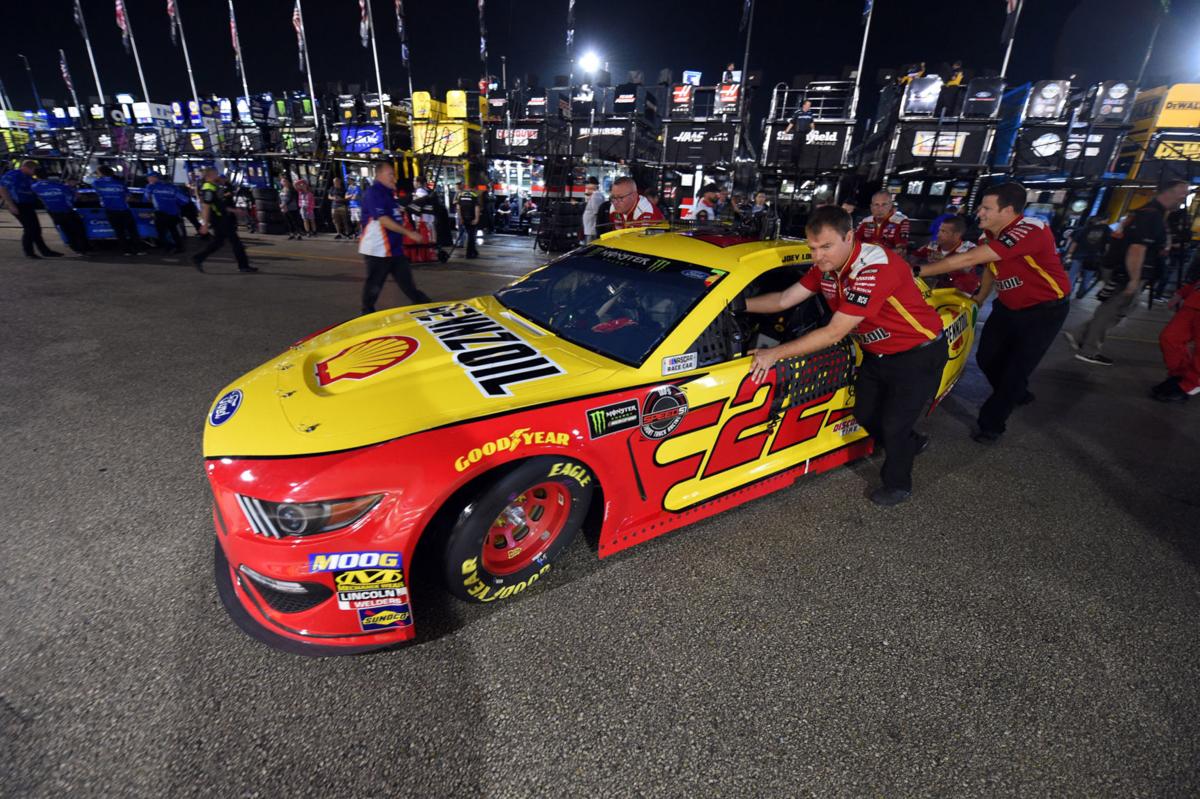 Crew members push the car of NASCAR Cup Series driver Joey Logano (22) back into the garage during practice for the 2019 Ford EcoBoost 400 at Homestead-Miami Speedway. 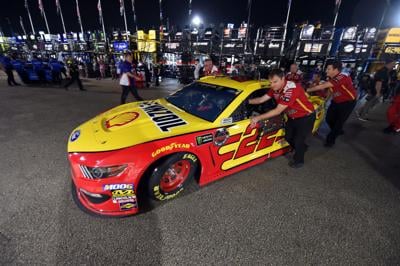 Crew members push the car of NASCAR Cup Series driver Joey Logano (22) back into the garage during practice for the 2019 Ford EcoBoost 400 at Homestead-Miami Speedway.

Around the turn of the century, Ford drivers — and, specifically, Roush Fenway Racing drivers — owned the Coca-Cola 600.

Jeff Burton won the marquee NASCAR Cup Series event in 1999. Matt Kenseth followed in 2000. Burton won again in 2001, and NASCAR Hall of Famer Mark Martin added the capper to a four-race winning streak in the 600 in 2002.

Since then, however, no Ford driver has visited Victory Lane in NASCAR’s longest race. It’s not that the Fords have been shut out at Charlotte. Matt Kenseth (2011), Brad Keselowski (2013) and Joey Logano (2015) all won the fall 500-miler before Charlotte Motor Speedway introduced its Roval for the Playoff race in 2018.

But victory in the Coca-Cola 600 (6 p.m. Sunday on FOX, PRN and SiriusXM NASCAR Radio) has been mystifyingly elusive.

“I don’t know the reasons why,” Logano said during a Zoom video conference with reporters on Friday morning. “I can think of quite a few 600s, at least the 22 (Team Penske Ford), which is what I can control, has been very close to winning. I think I’ve got a few seconds and thirds there (second last year, third in 2011) and have yet to break through.

“As a Coca-Cola driver, I know how big of a deal it is to win that thing and feel the pressure to do it. I want to get it done. I’ve been, like I said, close. There are different things every time, and it takes the whole package to make it happen. The driver has got to be on his game. The pit crew’s got to be on it. The car’s got to be good and things (have) got to fall your way. So I guess, in recent years, it hasn’t for the Ford guys, but I wouldn’t bet money against us this week.”

One of the foremost obstacles in Logano’s way is defending race winner Martin Truex Jr., who has three victories in the last six oval races at Charlotte. That trio of races includes Truex’s masterful performance from 2016, when the driver of the No. 19 Joe Gibbs Racing Toyota (then driving the No. 78 for Furniture Row Racing) led a record 588 of 600 miles to secure his first win in the Crown Jewel race.

“Absolutely, no question,” Truex said in a Thursday video conference. “I think James has come in and done a wonderful job. I feel like we really picked up where we left off last year, aside from some issues here and there. I feel really good about our group — we’re strong. James has done a really nice job.

“Maybe our cars are not quite as good compared to the competition as they were in the past two years, but again, I feel like we’re right there, and James is doing an awesome job. We’ve been consistently scoring more points than our teammates, except for at the end of the race, so we’re trying to figure that out. Feel like he’s done all the right things, and we continue to get better each week.”

Briscoe brimming with confidence after Darlington

Chase Briscoe said it best after climbing from his car at Darlington Raceway on Thursday.

“This is the biggest day of my life after the toughest day of my life,” said Briscoe, who learned that wife Marissa had lost the baby the couple was expecting two days before claiming the most dramatic victory of his NASCAR Xfinity Series career.

Over the last two laps of the rain-delayed Toyota 200, Briscoe swapped the lead — and traded sheet metal — with the foremost driver in the history of the series, Kyle Busch. After surrendering the top spot on the penultimate lap, Briscoe crossed over to the inside and beat Busch back to the finish line to post his second win of the season.

The Darlington victory clearly was the most emotional of Briscoe’s life.

“I was bawling my eyes out the last quarter-lap, once I knew I beat him off of (Turn) 4 and all the way around the cool down lap,” Briscoe said. “But, honestly, the last six or seven laps looking out my mirror and seeing Kyle, it was just like a Hollywood story. I just had a feeling it was going to come down to me and him.

Briscoe got his the first of his four career Xfinity wins in 2018 at Charlotte — in the first event in the series on the Roval (road course) — but his two starts on the 1.5-mile oval have resulted in finishes 11th and 19th. With two-time champion Tyler Reddick, Christopher Bell and Cole Custer all having graduated to the NASCAR Cup Series, however, Briscoe has to like his prospects for Monday’s race at Charlotte.

Not only that, he’s the only multiple winner in the Xfinity Series this season, having triumphed at 1.5-mile Las Vegas before the hiatus brought on by the coronavirus pandemic.

Then again, to win Monday’s race, he’ll have to accomplish the formidable task of beating Kyle Busch in consecutive starts.

Eli Manning joined Twitter, and was immediately made fun of by Tom Brady

Can the world's oldest profession survive the age of social distancing?