Mass vaccine site to open in Newton next week 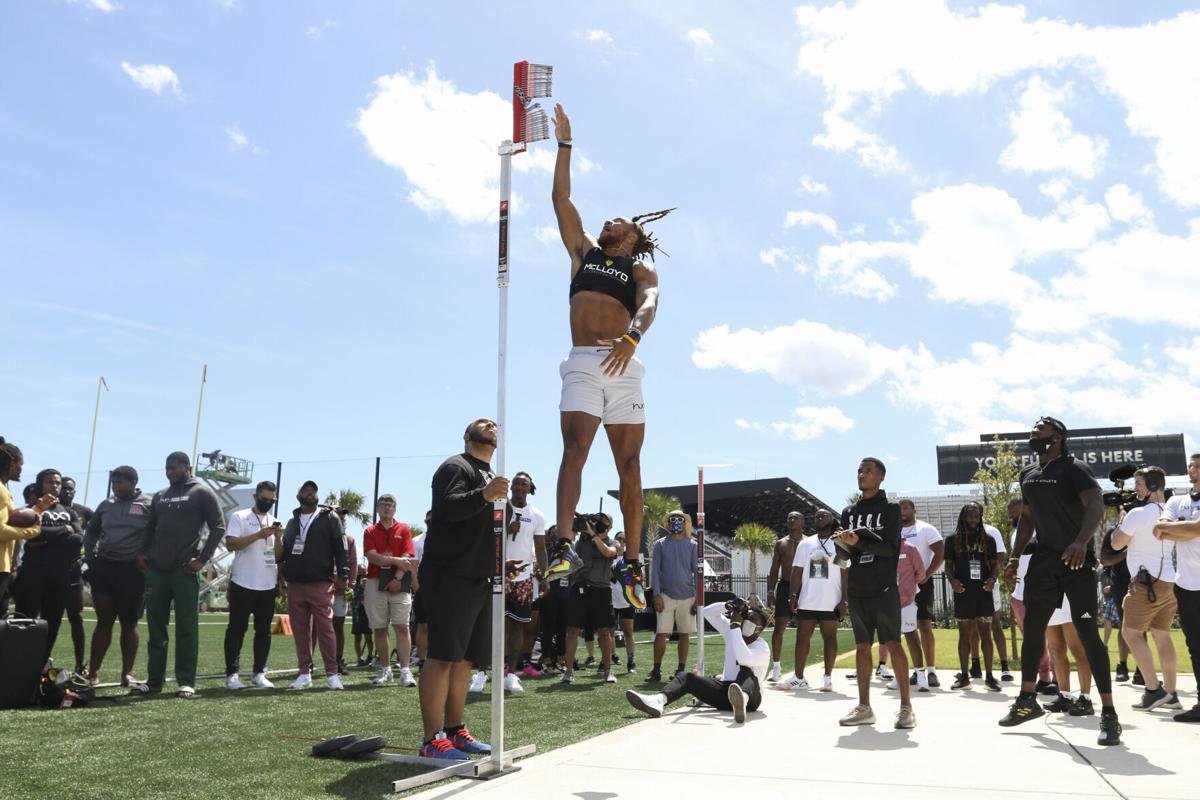 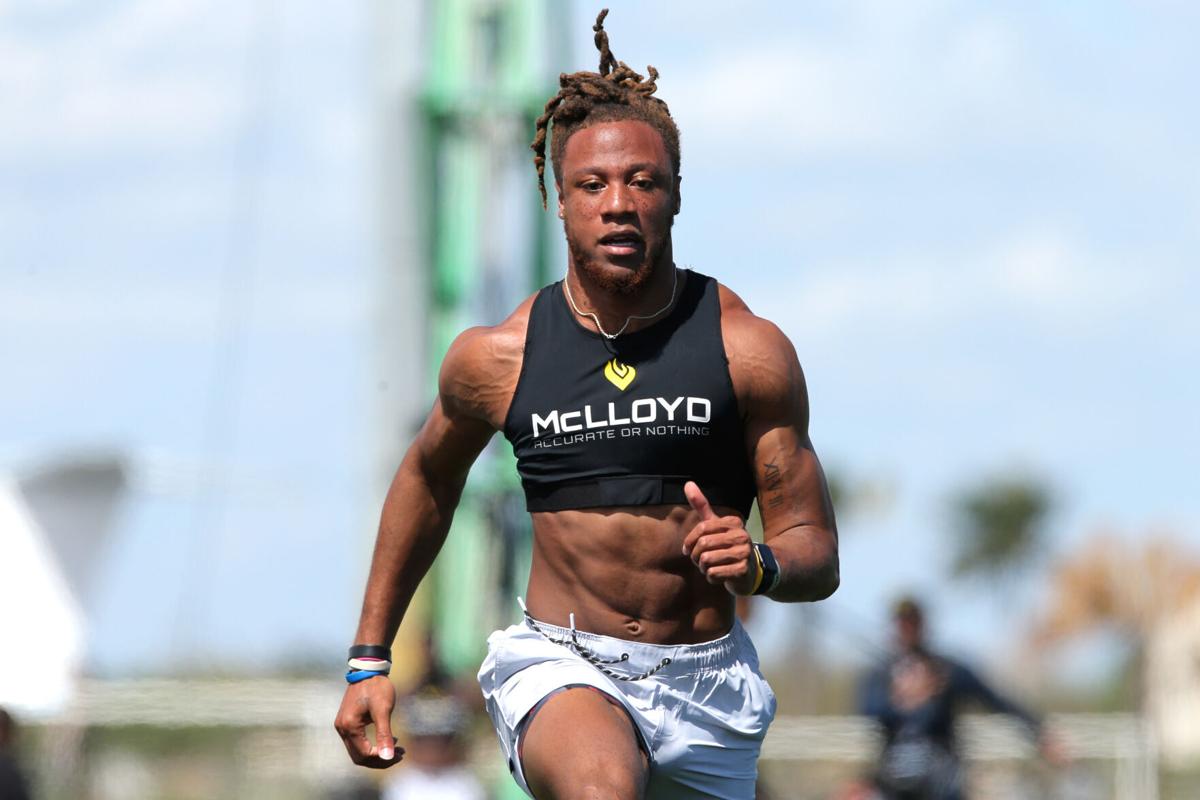 Georgia defensive back Eric Stokes Jr. runs a 40-yard dash at the House of Athlete Scouting Combine for athletes preparing to enter the 2021 NFL draft at Inter Miami Stadium. 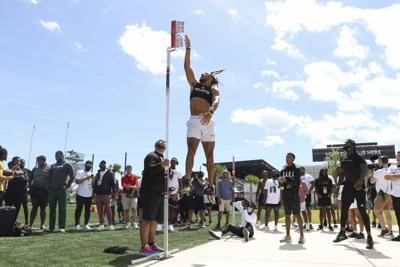 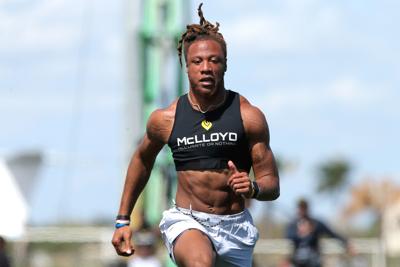 Georgia defensive back Eric Stokes Jr. runs a 40-yard dash at the House of Athlete Scouting Combine for athletes preparing to enter the 2021 NFL draft at Inter Miami Stadium.

Until a few weeks ago, Georgia cornerback Eric Stokes was considered by many to be an NFL Draft underdog, despite his All-America and All-SEC status.

But after his performances at the NFL’s virtual combine and UGA’s Pro Day, it’s likely there’s only one person remaining who feels that way about the 6-foot-1, 195-pounder.

That would be Eric Stokes himself.

“I’m always the underdog and I love that underdog role,” said the Eastside High School grad during a mid-March Zoom meeting with reporters. “Keep me as the underdog – I’m totally fine with it. I know that at the end of the day, the cream rises to the top, so eventually I’m going to rise.”

Although well-known for his speed and on-field ability, Stokes greatly enhanced his professional prospects — and perhaps turned a host of heads in the process — by running the 40-yard dash in a blazing 4.25 seconds in early March.

Due to the COVID pandemic, the NFL did not hold its annual combine this year, so Stokes ran the 40 at a televised workout in Florida. He then ran an unofficial 4.28 at UGA’s Pro Day on March 17. This year’s NFL Draft is scheduled for April 29-May 1.

“People are finally seeing my speed; they’re finally acknowledging it,” said Stokes, who declared for the draft at the conclusion of the Bulldogs’ season. “They can actually see that I’m really that fast. So it’s amazing.”

Like hundreds of prospects across the country, Stokes admitted he was disappointed there was no NFL Combine — annually held in Indianapolis — this year, but that’s not slowing him down, so to speak.

“This is still a dream come true,” said Stokes, who was a state-champion sprinter as a junior at Eastside. “Of course, Indy would have been perfect in just being able to have that picture of me running the actual 40…that was always a dream. But I still have a chance to reach my dream.”

When asked what Stokes — who was a three-star recruit coming out of high school and wasn’t necessarily a draft darling at the start of the 2021 college football season — can bring to an NFL team, UGA coach Kirby Smart said, “Speed, speed and more speed is the first thing he can bring.”

Smart, also a defensive back during his college days, added that Stokes — who in 2020 had four interceptions, four pass breakups, 20 tackles and three quarterback hurries — has a lot to offer besides athletic talent.

“He’s a high-character young man who has done so much for our program,” said Smart. “People talk about the value he has on the field and the speed and the plays he’s had, but for all those things he’s great at, he’s an a lot better person than anything else.

“He’s a guy who goes and works at the Boys & Girls Club. He reads to young kids across Athens. He’s a big brother to a sister who I know means a lot to him. He’s meant a lot to our organization and he’ll mean a lot to the next organization he goes to, both on and off the field.”

With his draft stock improving to the point where there are analysts who believe he could be a first-round pick, Stokes — who in high school played on both sides of the ball and wasn’t strictly a cornerback until he got to UGA — said he’ll turn his attention to schemes and tendencies when his number is called and he returns to the field.

“It doesn’t matter what scheme I’ll be in,” he said. “It’s only my fourth year of playing true defensive back, so you can throw me into any type of scheme and I will try to adapt the best way I can. It might be a little rough (around the) edges from the start, but once I get in there I’m going to be good to go.”

Most expensive homes for sale in Atlanta

Stacker compiled a list of the most expensive homes for sale in Atlanta using listings from realtor.com. Click for more.

Hawks hold on to sweep season series over Raptors