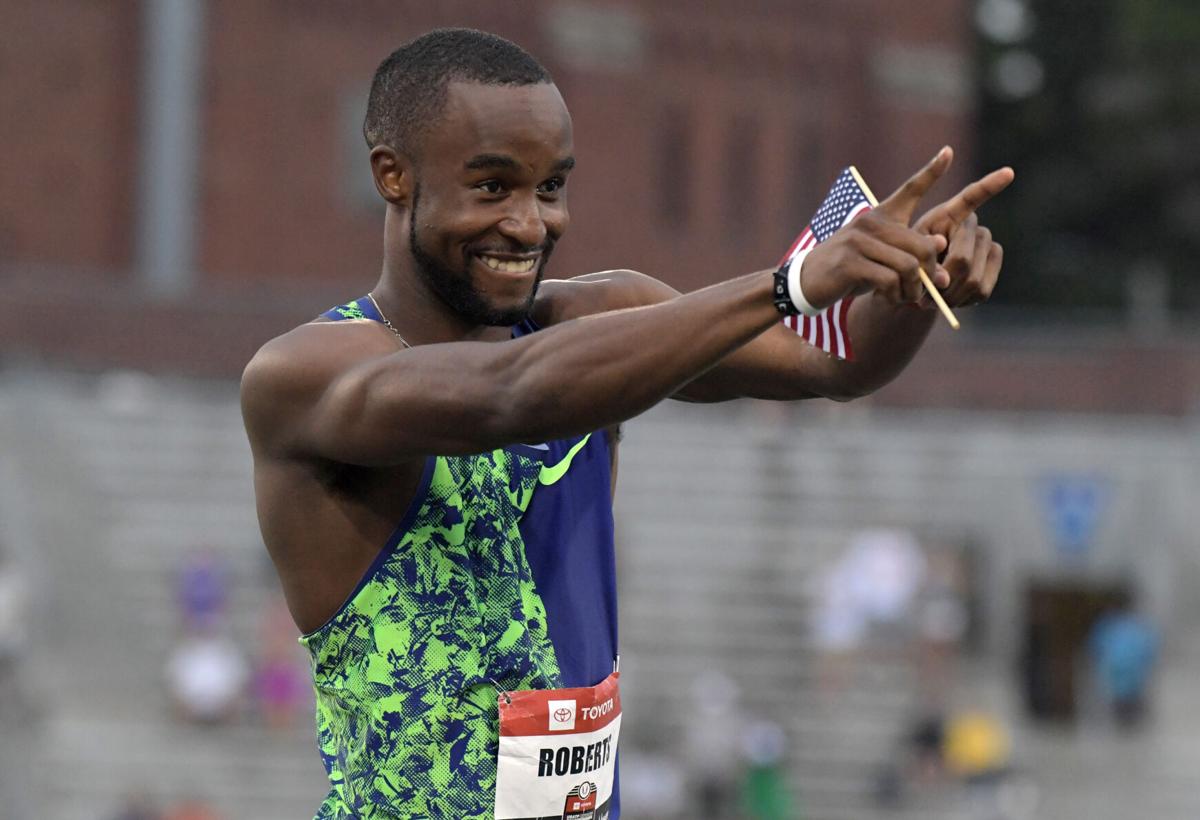 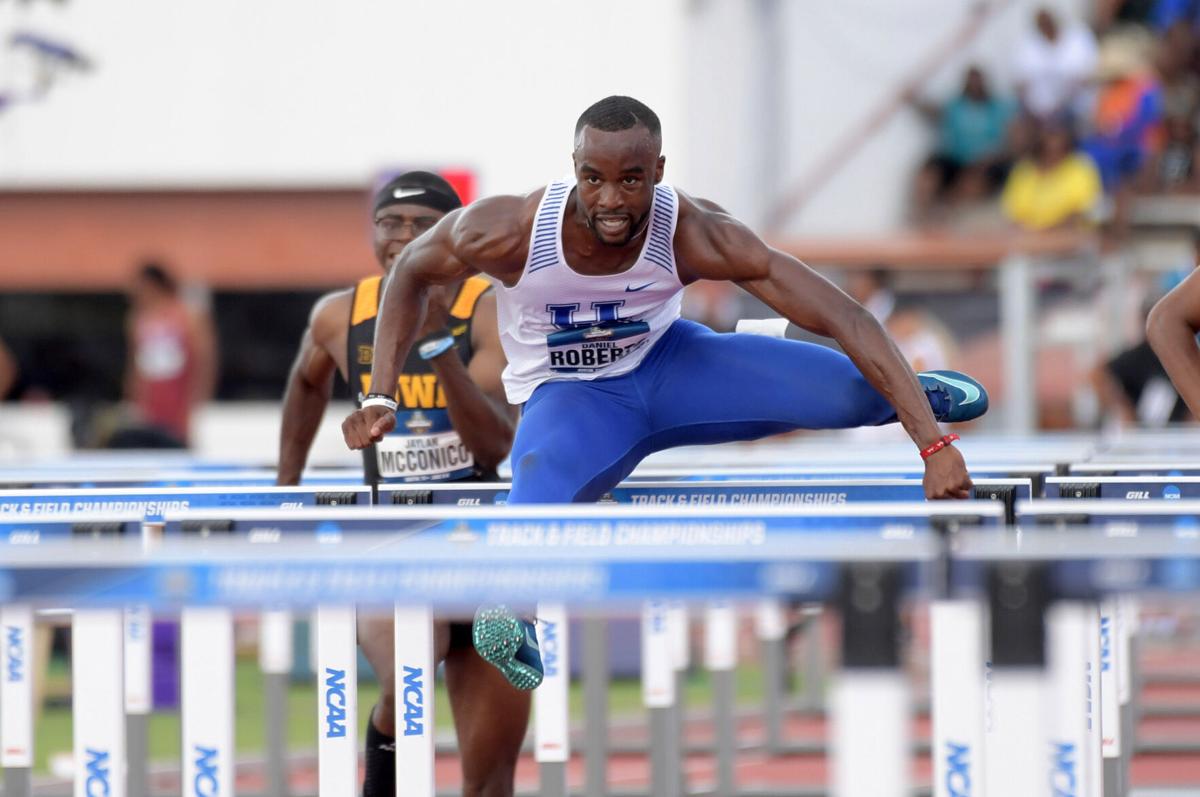 Daniel Roberts of Kentucky wins 110-meter hurdles heat in a meet-record 13.06 during the 2019 NCAA Track & Field Championships at Mike A. Myers Stadium. 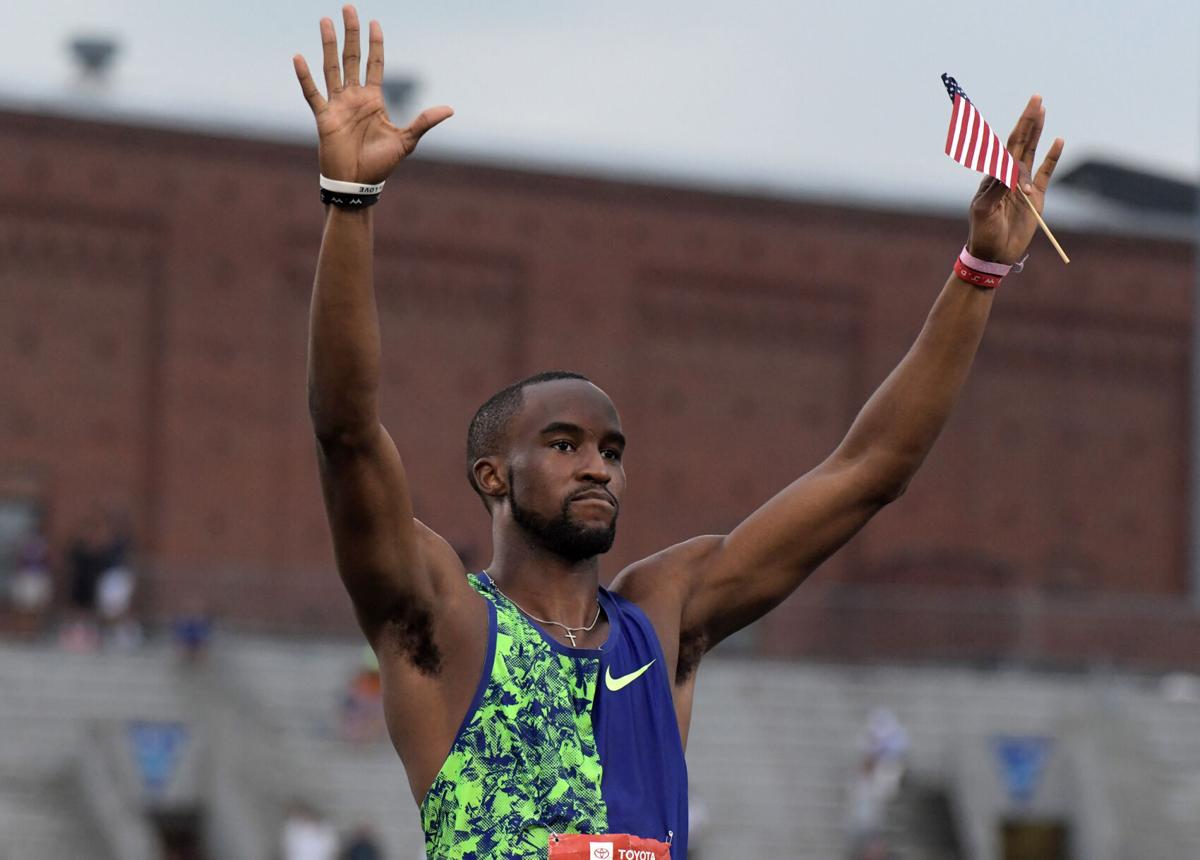 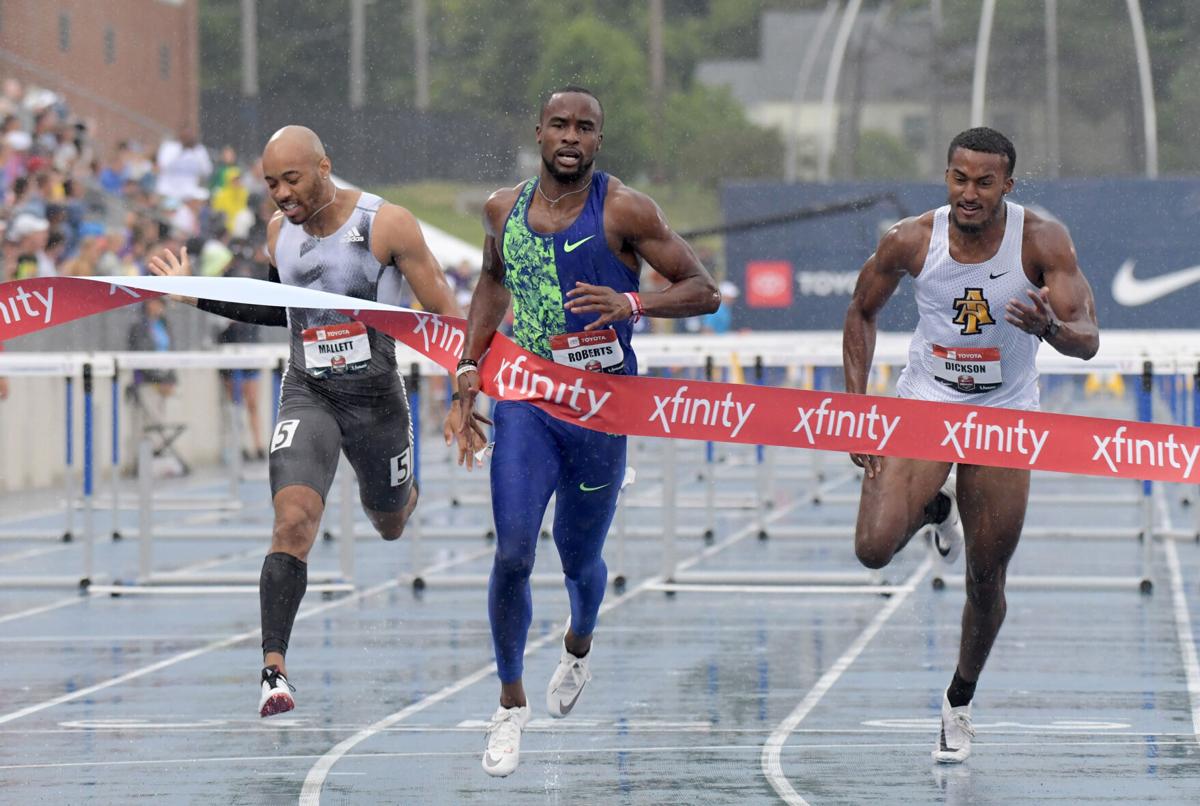 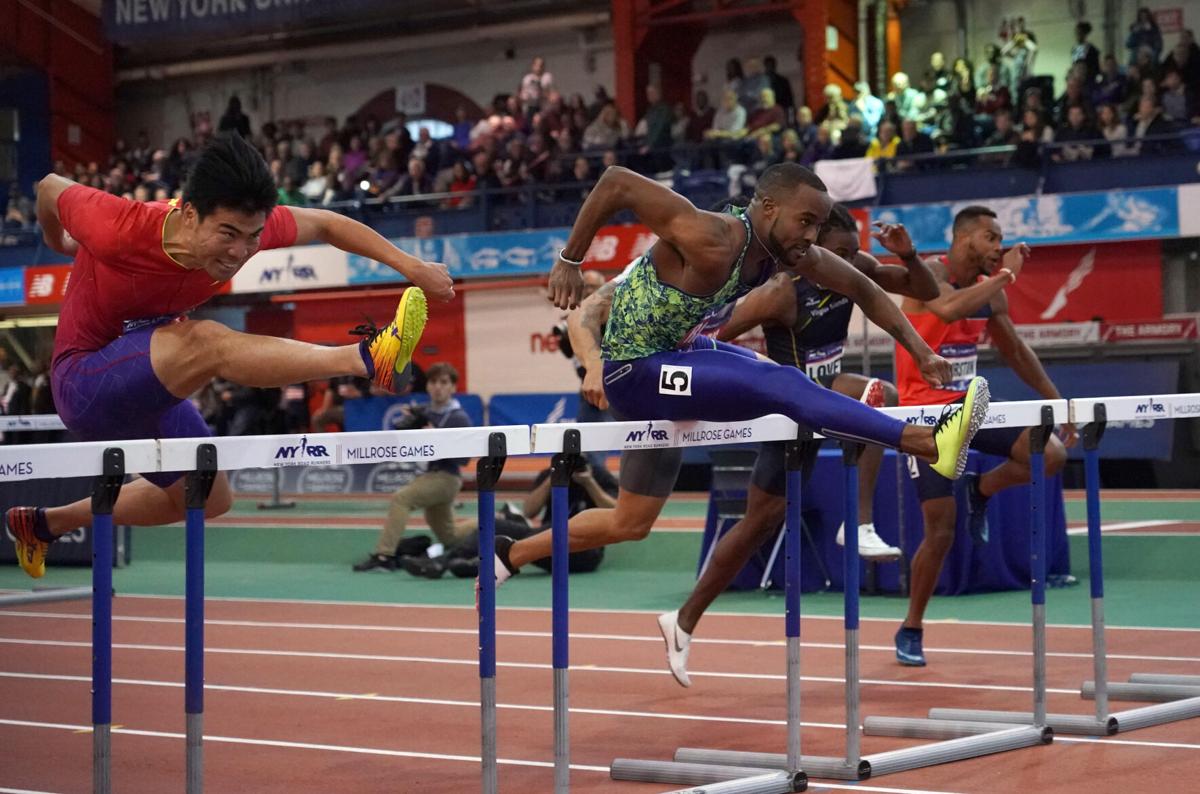 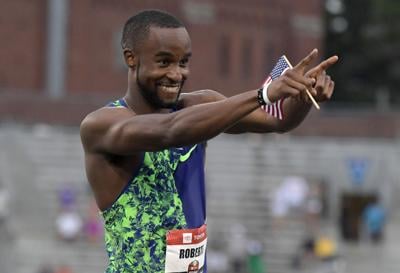 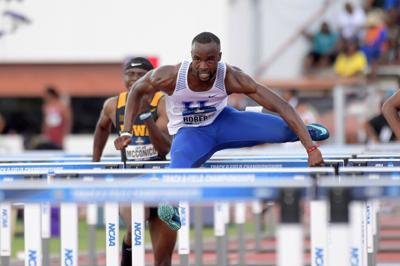 Daniel Roberts of Kentucky wins 110-meter hurdles heat in a meet-record 13.06 during the 2019 NCAA Track & Field Championships at Mike A. Myers Stadium.

Due to the many dire reports about the presence of COVID-19 in Tokyo, Daniel Roberts admitted he’s a little nervous about traveling there, but he’s not going to let his fears affect his performance in the 2021 Summer Olympic Games.

Roberts, 23, qualified for Team USA’s track and field squad in late June when he finished third overall in the finals of the 110-meter hurdles in Eugene, Oregon. A former track standout at the University of Kentucky, Roberts will leave for Japan on Tuesday (July 27) and is scheduled to compete Aug. 3-5.

“There’s a lot going on,” said Roberts, a 2016 graduate of Hampton High School. “As long as they take the right precautions going into it and if everybody does their part, everything should run smoothly. I know that as far as Team USA’s track team, we have so many things we have to do even before we can get on the plane to go over there. I know they’re doing all they can on this side and I hope when we get over there to Tokyo that they’re also doing their part to keep us safe.”

In a telephone interview conducted just a few days before his departure, Roberts — who has been training at Kentucky with Tim Hall, the Wildcats’ associate head track coach — also admitted he’s still trying to think of himself as an Olympian.

“It’s a dream come true,” said Roberts, who when not on the road works as a volunteer coach at Kentucky. “It really hasn’t hit me too much because I’m still mentally in season mode, trying to prepare and improve, but I’m sure after the season is over, I’ll be able to think about it and let it sink in. But it’s definitely a dream come true. The Olympics is the biggest thing in track and field, so it’s very exciting.”

The four-time All-American, who in 2019 won the SEC Championship and the USA Outdoor Track and Field Championship in the 110 hurdles, began to realize that same year that he had a shot at the 2020 Olympic Games.

“As far as thinking about it, during my first couple of years after starting track, the Olympics was always my dream and my goal for the long-term,” said Roberts, who is sponsored by Nike. “But as far as it being attainable and something I could actually do, it was probably 2019. I had an amazing year; my time dropped a lot both indoors and outdoors and that’s when I noticed how competitive I could be at the next level.”

Before he won SEC gold and competed in several NCAA nationals, Roberts attended Starr’s Mill High as a freshman. His family subsequently moved to Henry County and he enrolled at Luella his sophomore year. The construction of Hampton High the next year made another move necessary, and he spent his junior and senior years there. Roberts was in the inaugural graduating class at Hampton High.

Also playing football and basketball in high school, Robert distinguished himself in many ways on the prep track, winning Class AAAA state titles in the 110 hurdles, 300 hurdles and triple jump as a junior. He also captured numerous victories in region meets and in the annual Henry County Championships.

Roberts is one of six kids. His older brother Stephen played football at Middle Tennessee State and another brother, Joshua, played at Point University. His sister Alicia is currently playing volleyball at the Citadel.

“All my siblings have been athletic,” he said. “Throughout high school we did track, football, basketball — all kinds of stuff. I’ve got three brothers and two sisters. Growing up, I always had somebody to play with.”

Competing against the world’s elite athletes can be an unnerving experience for anyone who dares, but Roberts relishes the opportunity to run and jump with the swiftest among us. And he said he’s also delighted the hurdles have taken him far afield to compete.

“As far the 110 hurdles, the hardest part is focusing on your lane and doing whatever you can do,” he said. “I’m always excited to compete against the best in the world and a lot of them are Americans and I compete against them all the time but I’m looking forward to competing with athletes from Jamaica, France and Spain and all over the place.

“It’s exciting to be able to travel the world and do what you love. That’s what gets me pumped up for things like this and seeing different cultures and different places is very exciting to me. This whole experience will be great.”

As the realization of a long-held dream unfolds, Roberts knows he’s joined some pretty impressive company.

“It’s really crazy. It’s a dream come true to be on this stage and to have this platform to do what I love,” he said. “An experience like this brings a lot of nerves but at the same time it’s really exciting to get this opportunity because a lot of people don’t get this chance during their lifetime. I’m still pretty young, so to make it this far is really a blessing.”

10 ways to prioritize your mental health during work

Giant Dog Is Obsessed With His Tiny Human Sister | The Dodo