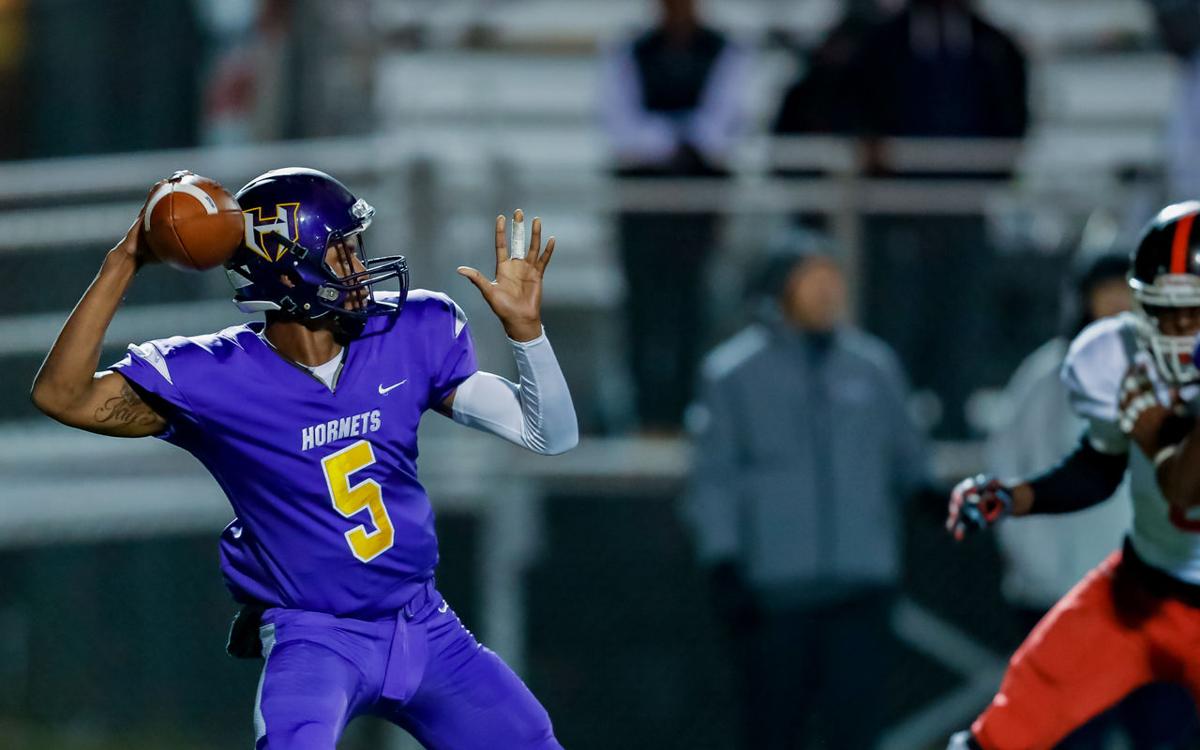 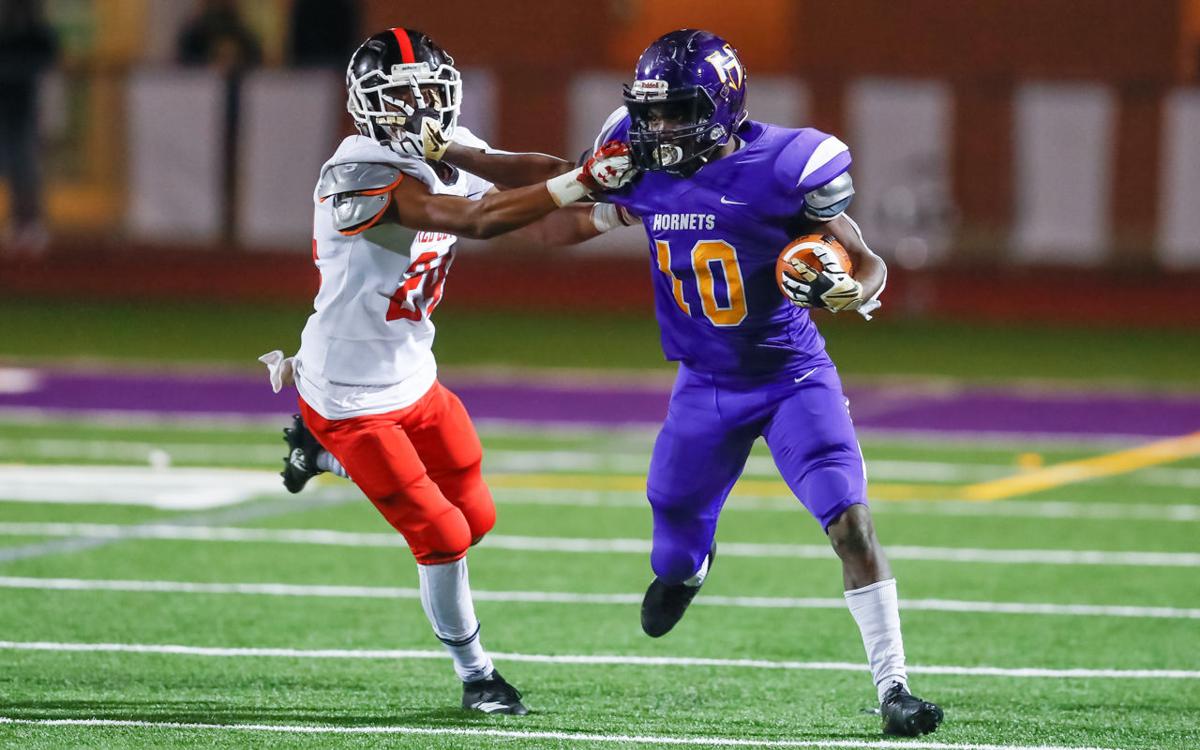 Untavious Varner moves a player as he continues to rush down the field. 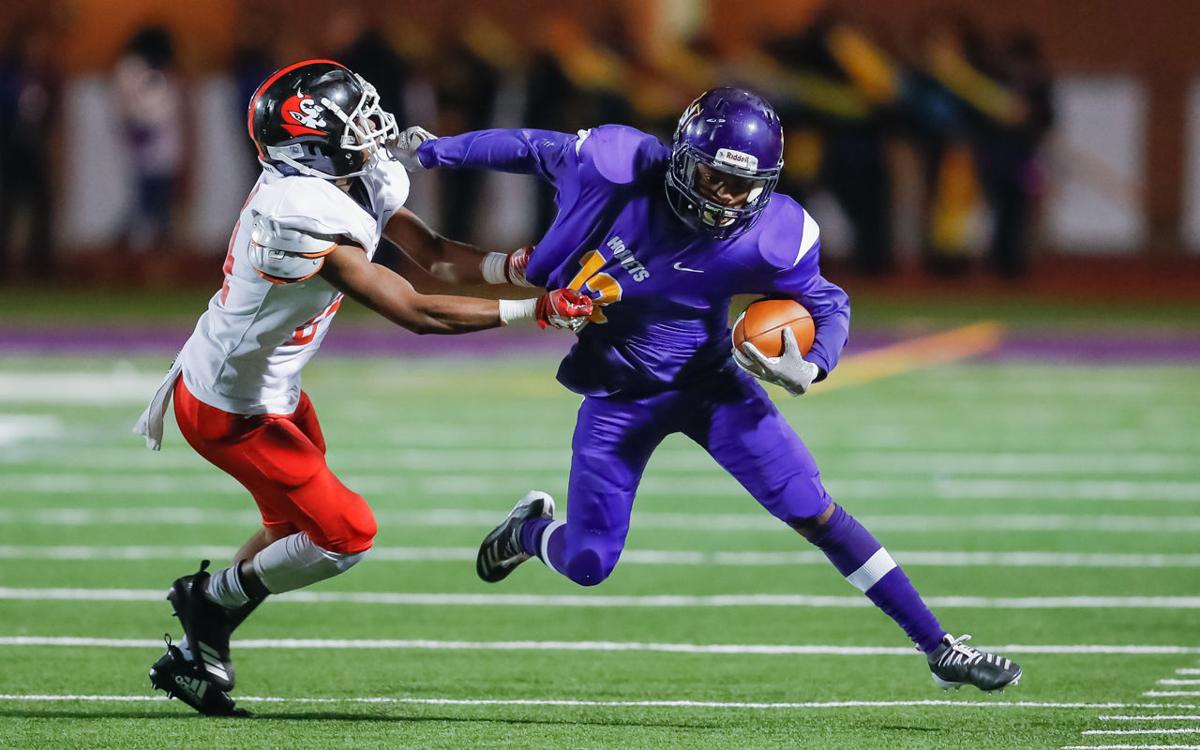 Hampton’s Zach Porter shakes off a defender during the game against Druid Hills. 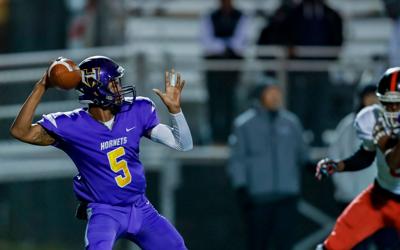 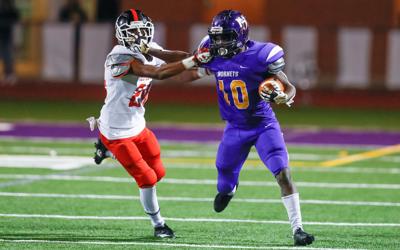 Untavious Varner moves a player as he continues to rush down the field.

Hampton’s Zach Porter shakes off a defender during the game against Druid Hills.

HAMPTON - Hampton has solidified their postseason hopes with a win over Druid Hills Friday..

Against Druid Hills, a win is all but assured on paper, but the same could be said about the program earlier in the season where they dropped a nail-biter to North Clayton. But the fact of this week remained, the Hornets had to play through the 48-minute game to keep their hopes alive. Hampton won at the end of the night 41-0 over Druid Hills.

Druid Hills received the opening kickoff and immediately began to drive down the field, but errors and penalties along with a solid defensive outing from the Hornets ultimately led to the offense driving down the field.

The coronavirus pandemic sent schools across the United States online with some rocky results, but these schools have years of experience in virtual learning. HeyTutor used data from Niche’s 2021 Best Online High Schools in America report to compile a list of the top choices. Click for more.

Untavious Varner had his number called often Friday night but the first drive was started by and ended by the junior. A 30-yard gain kickstarted the Hornets and later in the drive, a simple 1-yard rush gave the Hornets their first score.

However, the Hornets couldn’t score again in the first quarter as an untimely fumble bounced the way of Druid Hills as Hampton relied heavily on the run in the cold temperatures.

When the second inning came, the Hornets were the only team to close out the first half with scores as they completed another drive to the endzone that began with an interception.

Zach Porter carried the ball into the endzone from 13-yards out and pushed the Hornets to a two-score lead but Hampton wasn't done with their scoring.

Another timely interception for the Hornets and a long drive that incorporated a deep pass and a rush from Varner led to Andrew Pavon scoring the three-yard scamper.

In the second half, the Hornets ran further away from Druid Hills. A highlight field goal block and return from Jaylin Miller led to Hampton's fourth score of the night.

And two more touchdowns ultimately sealed the game up for the Hornets.

Hampton improved to 5-4, 4-2 on the season and further solidified their postseason hopes.

Covid-19 cases discovered on one US Navy ship in Middle East, suspected cases on a second