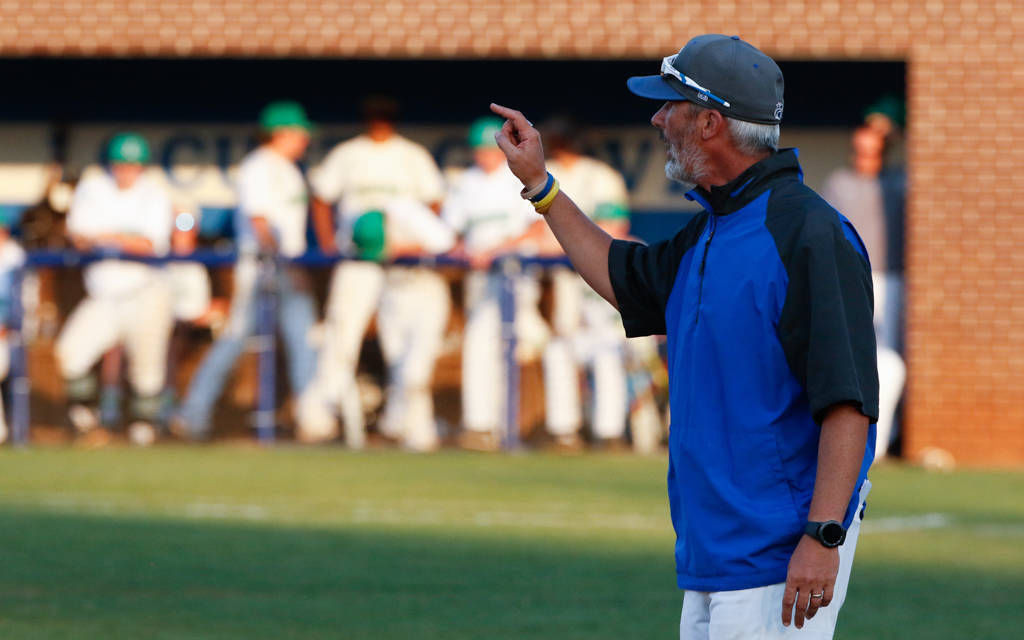 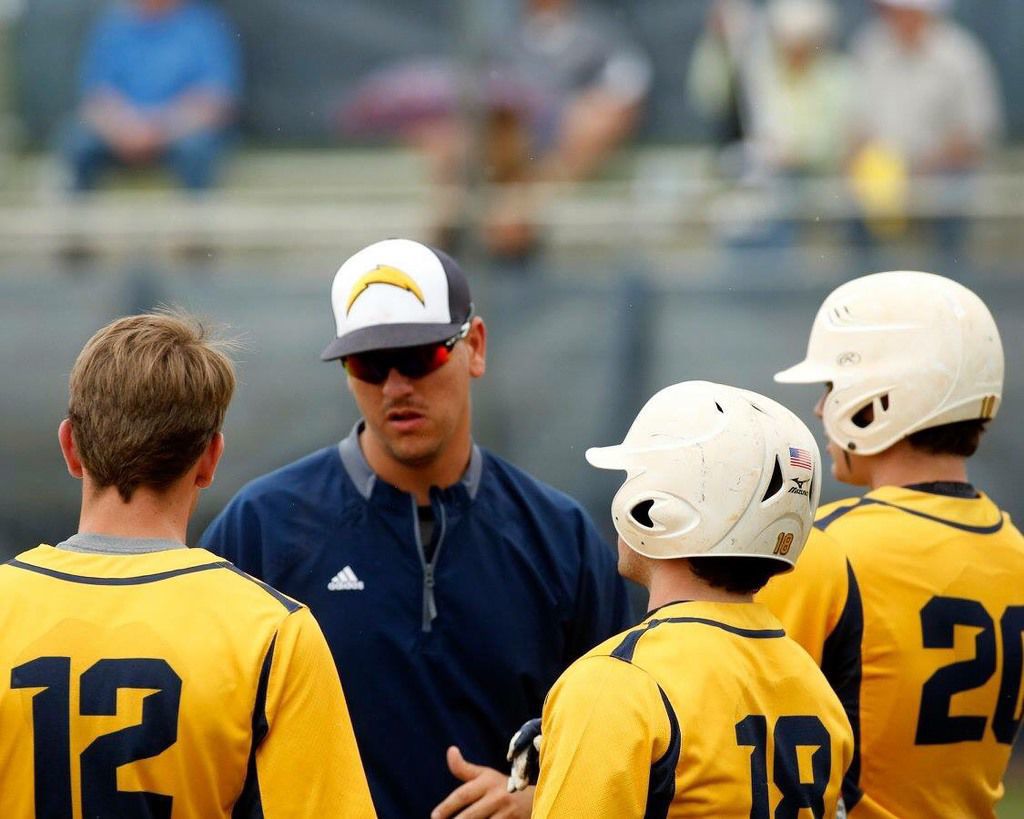 Seth Graham and the ELCA Chargers will look to return to the state playoffs after missing the tournament last year. (Special Photo: Jeff Hurndon Photography) 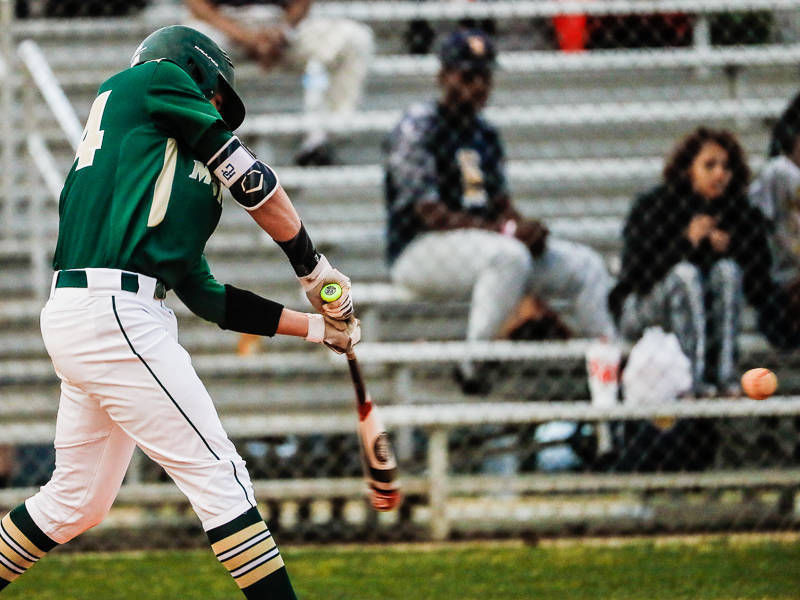 The Ola Mustangs have the pieces in place to contend for a Region 4-AAAAA title this season. (Special Photo: Ben Ennis) 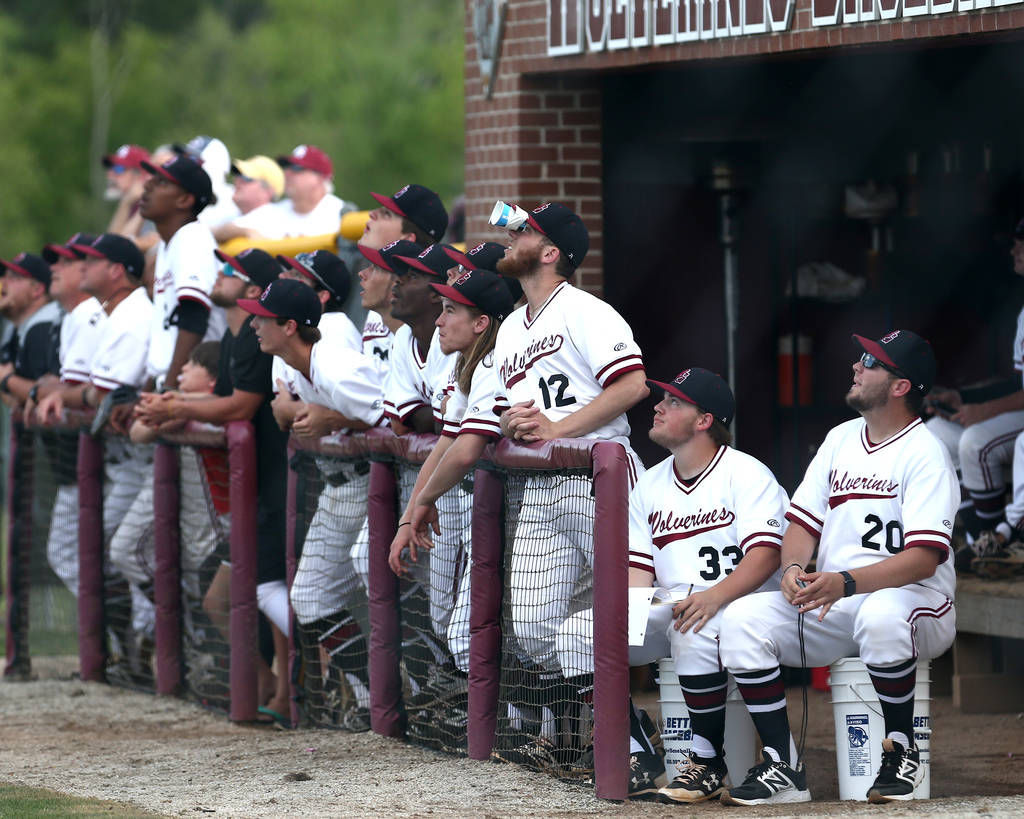 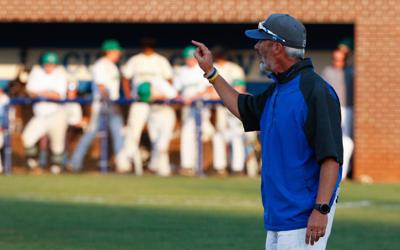 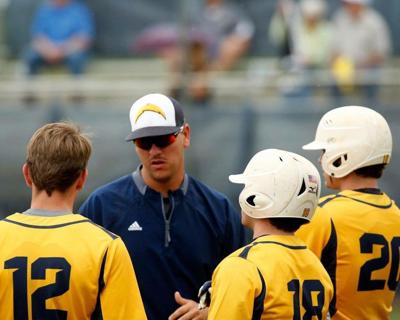 Seth Graham and the ELCA Chargers will look to return to the state playoffs after missing the tournament last year. (Special Photo: Jeff Hurndon Photography)

The Ola Mustangs have the pieces in place to contend for a Region 4-AAAAA title this season. (Special Photo: Ben Ennis)

MCDONOUGH — The 2018 baseball season will begin this month. Below are previews for each Henry County team.

Outlook: Dutchtown is coming into 2018 with P.J. Millet replacing Kelcey White as head coach. Millet has several key pieces to work with, and said he’s excited to get started.

“Coming in as the new head baseball coach for Dutchtown High School, my goal is to build this program,” Millet said. “We want to use this year to build and hopefully put ourselves in a position to make the playoffs. In order for us to be successful, it will take a team effort and for a few of our younger guys to step up big this year.”

Outlook: The Chargers had a down year last season by their lofty standards, but with talented players returning, head coach Seth Graham is excited about the upcoming season.

“We talk every day about defining what success is at ELCA baseball,” Graham said. “Success in our program is giving your very best effort every day to help the brotherhood win. When we get guys giving perfect ‘dirtbag’ effort every pitch, great things can happen. We really want to get back into the playoffs this year and uphold the legacy that’s been established at ELCA baseball.”

ELCA will welcome back Mason East, who was an All-County selection last season after posting a 2.57 ERA in 49 innings of work. East, Brayden Rush, Jon Paul Wheeler, Jack Buckley and Caleb Mowery all have experience on the mound, and have the makings of a strong staff.

Offensively, ELCA will need to replace the production of Zach Daniels and Tre Douglas. Josh Holt and Johnathan Youngblood will look to fill that void.

Head coach Ronney Daniels says that he also has a young group of players that will be solid and centered around Yamill Quinones, Scott Williams, Tommy Dunn and Cyree Broughton.

Outlook: The Hornets continued to improve their record as they jumped from three wins to seven last year — the most in school history.

This year, the Hornets will welcome back the majority of last year’s team, as only Michael Porter and Daiyaan Talley graduated. Head coach Chris Huffman said he’s hoping his program will continue to trend in the right direction.

“Although we lost some very good players last year, we really expect to be competitive this season and fight for a possible playoff spot,” Huffman said. “We have almost all of our pitching back from last year and should be good defensively. We will definitely have to beat teams with pitching and defense but feel this is the year they can put complete games together. These seniors have been playing varsity baseball for all four years now so they have been through all of the ups and downs of a season and know what to expect. They have worked extremely hard this offseason to have a great year.”

Outlook: Henry County will be young this season after four seniors graduated. The Warhawks will welcome back two seniors and two juniors while the rest of the roster will be sophomores and freshmen.

“We look to build and improve from a year ago,” Doug Lee said. “I also look to see improvement from a year ago from senior Xavier Jones and junior Denarian Jacobs. We have only two seniors and two juniors on the roster. That leaves the balance of a varsity roster to be filled by sophomores and freshmen.”

Outlook: The Locust Grove Wildcats nearly repeated as state champions last season but lost in heart-breaking fashion to Wayne County in the Class AAAAA Final Four in extra innings in Game 3 of the series.

The Wildcats have emerged as one of the top programs in the state, and their non-region schedule reflects that.

“We have really challenged ourselves with our non-region schedule with teams like Brookwood, Buford, Starr’s Mill, North Paulding, Glynn Academy and several more,” Stephen Phillips said. “Due to the inexperience this year, we are hoping these games will help prepare us for the region. Region 4-AAAAA has some very good talent in it and we are going to have to learn early how to compete at a high level. The coaches in this region have done a great job of raising the bar and it makes for a fun year of competition.”

With the 2018 season, the beginning of a new era is on tap for the Wildcats, as 12 seniors graduated from last year’s team, including Henry County Pitcher of the Year Ethan Lindow and Player of the Year Joah Curry. Still, Locust Grove will be in the mix for a fifth straight region title with the return of Nolan Crisp (1.24 ERA, .354 BA), Austin Moody (24 RBIs, 28 runs) and Gavin Lee (.387 BA, 31 RBIs).

Outlook: Luella enters the 2018 season with a new coach in Tom Kelley. He previously worked as the pitching coach at Ola High School and was at Banks County before taking the Luella job when Jordan Freeman stepped down.

Kelley will take over a program that will need to replace eight seniors from last season, including All-County selections Josh Chapman, Matthew Collins and Jordan Jackson. That senior class led the Lions to the Class AAAA Sweet 16 last season.

Luella does have eight players returning who contributed in some capacity last season, and Kelly said the team’s goals are still to reach the postseason.

“Our goal every year is to make the playoffs and develop as a team unit,” Kelley said. “We look to do that through aggressive play with minimal mistakes.”

Outlook: The Mustangs reached the Class AAAAA Sweet 16 last season and finished second in Region 4-AAAAA with a relatively young team. Henry County Head Coach of the Year Beau Edwards will only need to replace three seniors, including All-County selections Coston Anderson and Jacob Woods, from last year’s team in 2018.

“Helping our players meet their individual goals usually goes a long way in reaching our program goals,” Edwards said. “You always want to put yourself in a place where you can compete for a region championship, reach the playoffs and finally winning a state championship.”

According to Edwards, Ola’s success hinges on pitching effectively and becoming smarter at the plate and on the base paths.

“Each player has to understand what their individual roles are,” Edwards said.

Outlook: Strong Rock Christian may be entering this season with a new head coach, but the Patriots return a veteran roster of players that could, once again, contend for the region title in 5-A Private.

Outlook: Stockbridge High is a program that is trending upwards. In 2016, the Tigers won just three games, but last year Stockbridge notched seven victories, raising the expectation for the upcoming season.

“Everyone knows what Michael Harris is capable of, but for us to be successful we really need Isaiah Weaver and Justin Hunter to step up in the middle of our lineup and produce,” Brandon Kain, assistant coach said. “K.J. Brooks is a sophomore who was our second leading hitter last year as a freshman and we look for him to continue that success. I also think we may have some sophomores and freshmen who may step up and help us on the mound and in key spots throughout the year.”

The Tigers are playing in a competitive Region 4-AAAAA, which will require the team to be consistent in order to be competitive.

“We have to compete at a high level every day,” Kain said. “We have to maintain our focus throughout a seven inning game and finish. Too many games last year saw us lose focus for one inning that eventually led to us losing several games. We have to throw strikes and make the routine plays in the field.”

“The key for us to be successful is for all our guys to play up to their ability,” head coach Allen Franklin said. “Talent is the most important thing in any high school sport and we have some talented players. Now it’s up to our coaches to get the most out of each player.”

Outlook: Last year Woodland was unable to get anything going in region play, finishing with a 2-14 record and at the bottom of the standings. This year, the Wolfpack return with three key players in Dorien Branch, Khalil Hasaan and Michael Bray.