Follow all the latest coverage of the coronavirus outbreak in Henry County and around the world at henryherald.com/coronavirus.
1 of 7 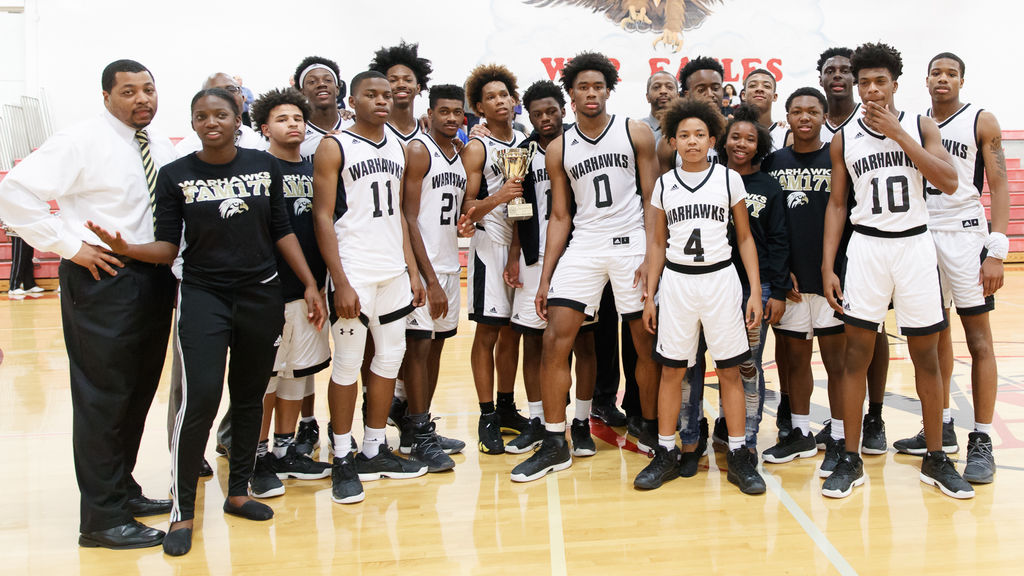 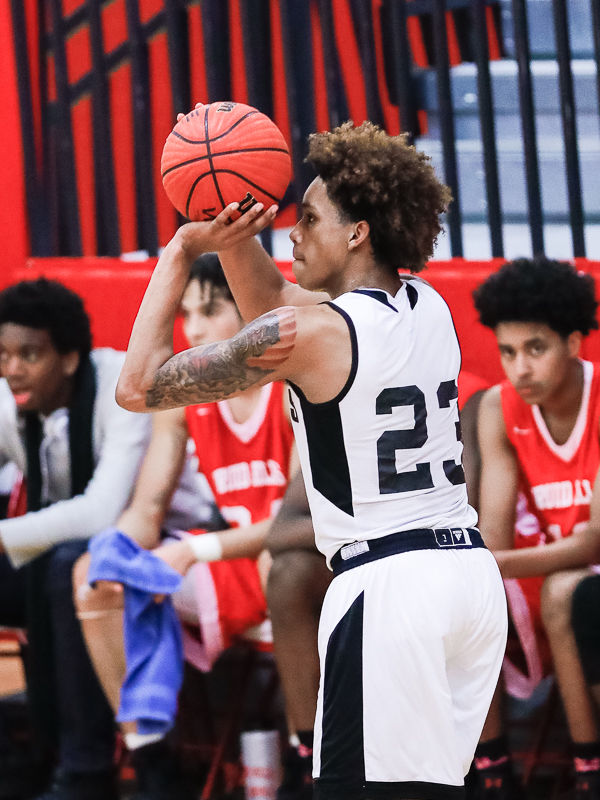 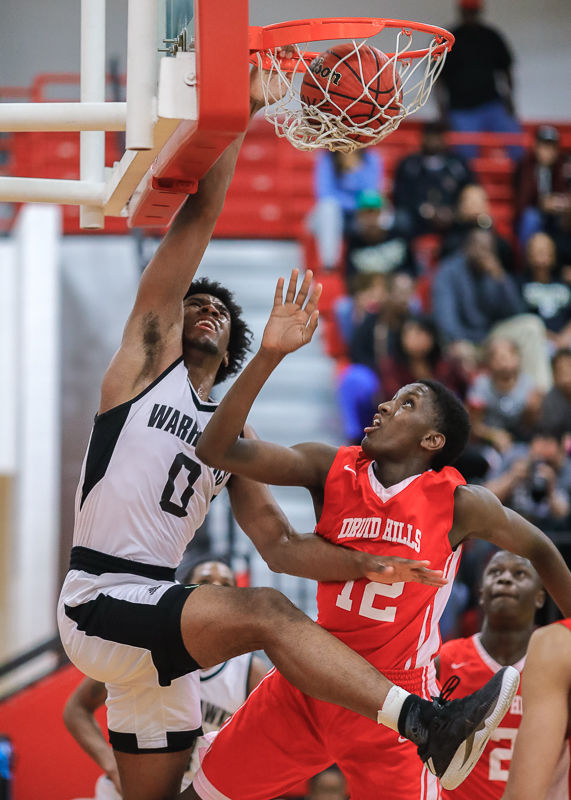 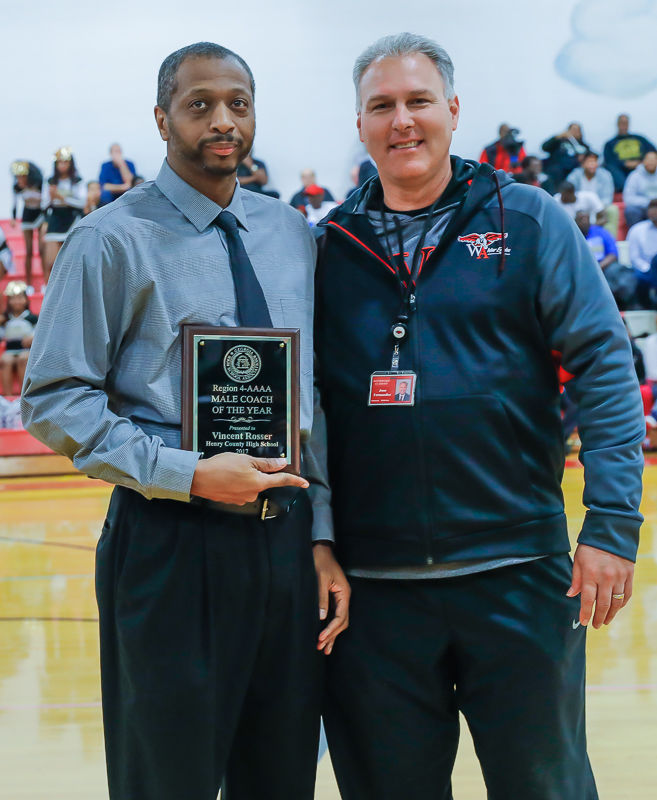 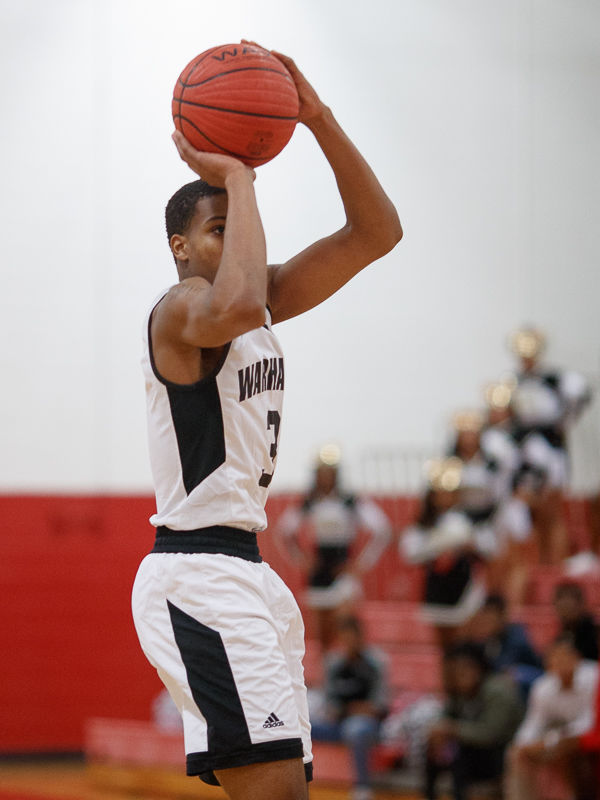 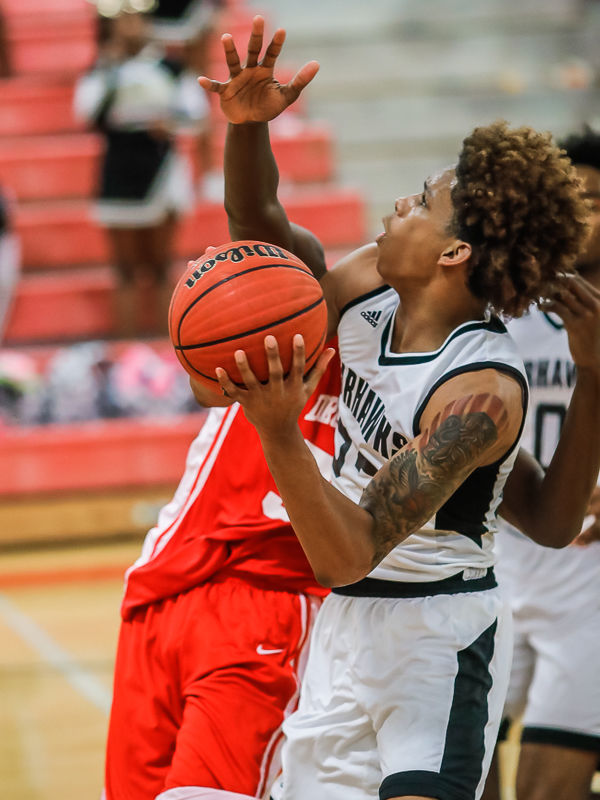 Henry County’s Javon Greene is fouled attempting to score under the basket by a Druid Hills defender during the Region 4-AAAA championship game on Friday night. (Special Photo: Ben Ennis) 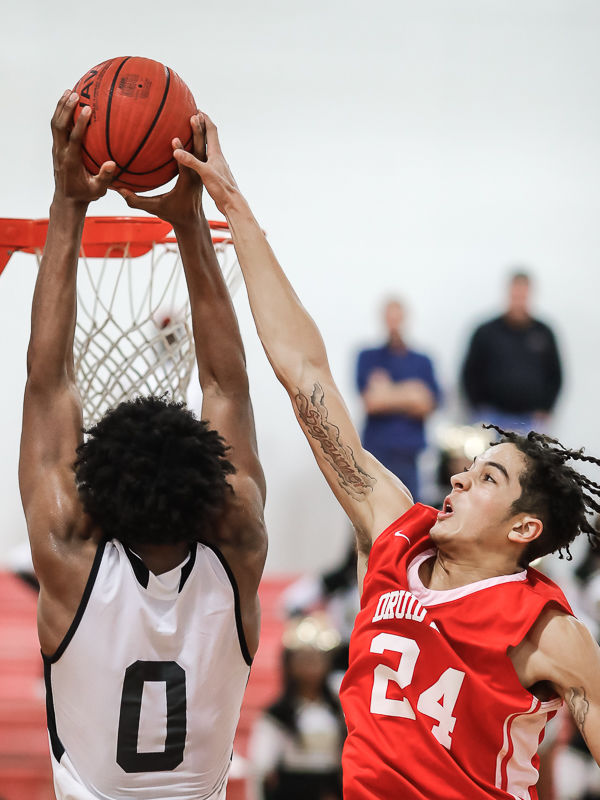 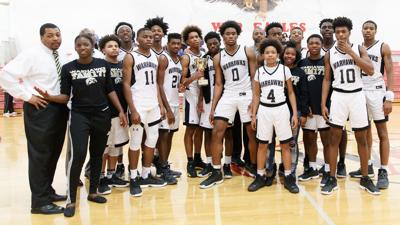 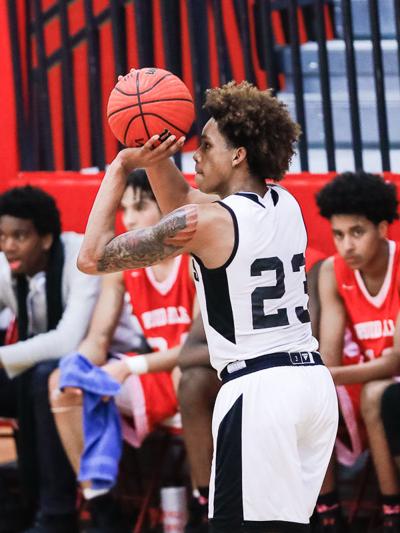 Henry County’s Javon Greene is fouled attempting to score under the basket by a Druid Hills defender during the Region 4-AAAA championship game on Friday night. (Special Photo: Ben Ennis)

The Warhawks fittingly won their 15th game in a row, topping Druid Hills 68-65 at Woodward Academy to claim the Region 4 title.

“We started off with a lot of adversity, players going down night after night. We finally put it together tonight,” Rosser said. “This is big. We talked about John Wooden’s 15 pyramid, this is our 15th win in a row. That was the message tonight, 15.”

The Warhawks faced more adversity against Druid Hills, blowing a 19-point lead in the second half. Henry County trailed with under two minutes to go, but three points from Javon Greene in the final 1:30 of the game proved to be enough to get the Warhawks across the finish line.

“Javon Greene, he did a great job tonight. He went over 1,000 points (for his career) tonight,” Rosser said.

Greene and fellow senior Kovi Tate jump-started Henry County to begin the game. The Warhawks jumped out to an 18-13 lead only to see Druid Hills narrow the deficit to 21-17 by the end of the first quarter. Henry County reclaimed a six-point late in the half, but the Red Devils proved their resiliency yet again, cutting Henry County’s lead to 36-32 at the break.

Henry County finally clicked on all cylinders in the third quarter. A Greene three-pointer gave the Warhawks a 41-32 lead, which quickly grew to a 55-36 advantage with three minutes left in the quarter. However, poor free-throw shooting left the door open for Druid Hills, and they gladly took advantage by cutting the lead to 58-50 heading into the fourth quarter on the power of an 11-4 run.

The Red Devils kept their foot on the accelerator and got within two points early in the fourth quarter. Druid Hills tied the game at 62-all and took the lead with a basket with 4:20 to go. A minute later, the lead grew to 65-62 as the Warhawks reeled from the turn of events.

Henry County thought it should have had an opportunity to tie the game at 65 when Greene appeared to be fouled on his way to the basket after a steal. The Henry County bench and crowd were upset with the call, forcing Rosser to use a timeout to calm his team down for the final two minutes of the game.

“I’ll be honest with you, I give full credit to my coaching staff,” Rosser said. “They did a great job of keeping players calm, keeping me calm and relaying what we needed to be done.”

Henry County forced a turnover on the next possession and Greene dribbled into a jumper at the top of the key to tie the game at 65-all. Keith Anderson came away with another steal for the Warhawks, and Greene gave his team the lead with one made free throw after he was fouled.

Druid Hills, who had expended valuable energy making its comeback, had two opportunities to take the lead in the final seconds. After the Red Devils missed two looks with under 30 seconds to play, Henry County’s Sadonte Lindley left the door open when he missed two free throws. Druid Hills missed two more shots on its next possession and Lindley was fouled again with 2.5 seconds remaining.

This time, Lindley made both free throws. After a timeout, Druid Hills’ Elijah Durham missed a half-court heave to tie the game, signaling victory for the Warhawks.

Henry County (21-5) will be the No. 1 seed out of Region 4 in next week’s Class AAAA state playoffs. The Warhawks will play the No. 4 seed from Region 2. The date of the game is yet to be determined.

China says it has a 'zero-tolerance policy' for racism, but discrimination towards Africans goes back decades