$1.99 for 3 days
Get Started
You are the owner of this article.
Edit Article Add New Article
You have permission to edit this article.
Edit
Home
News
Sports
Features
Opinion
Obituaries
Community
Place ad
e-Edition
Help
1 of 10 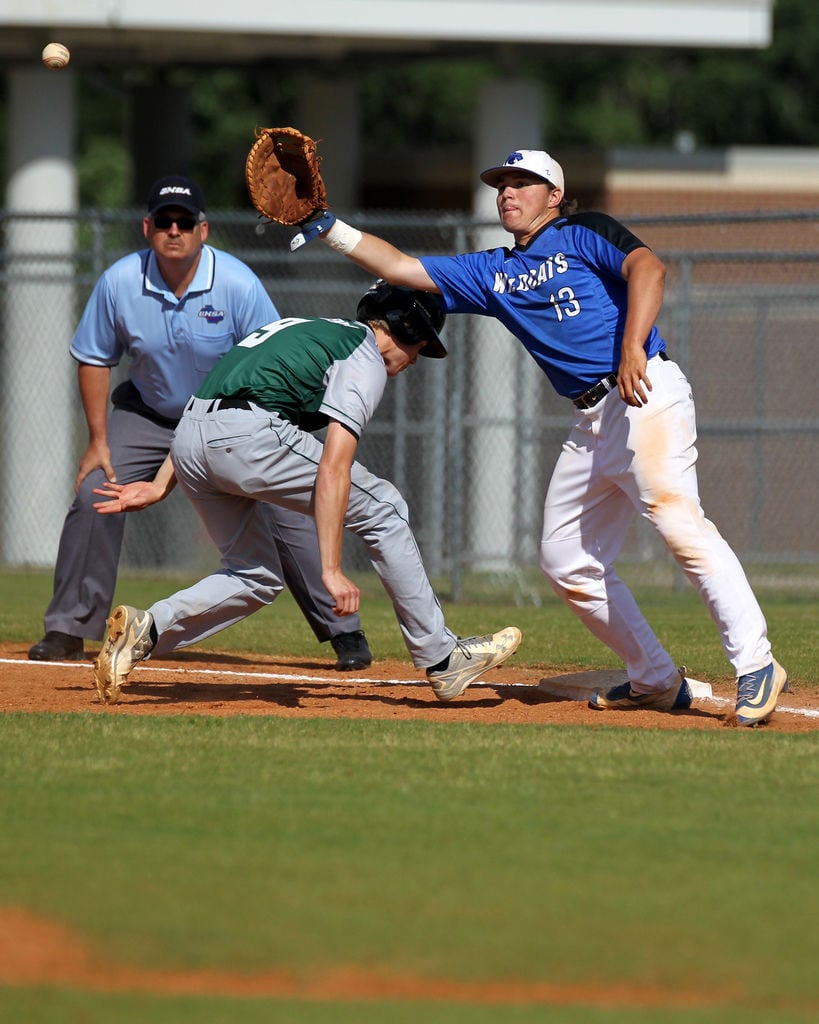 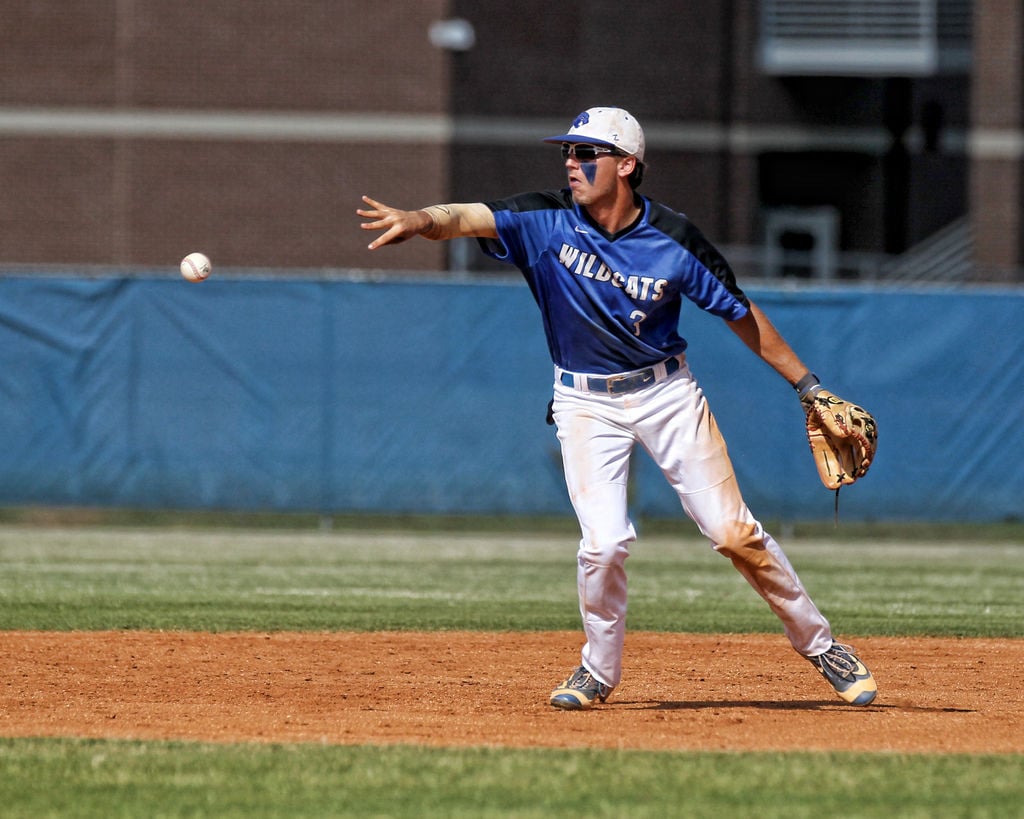 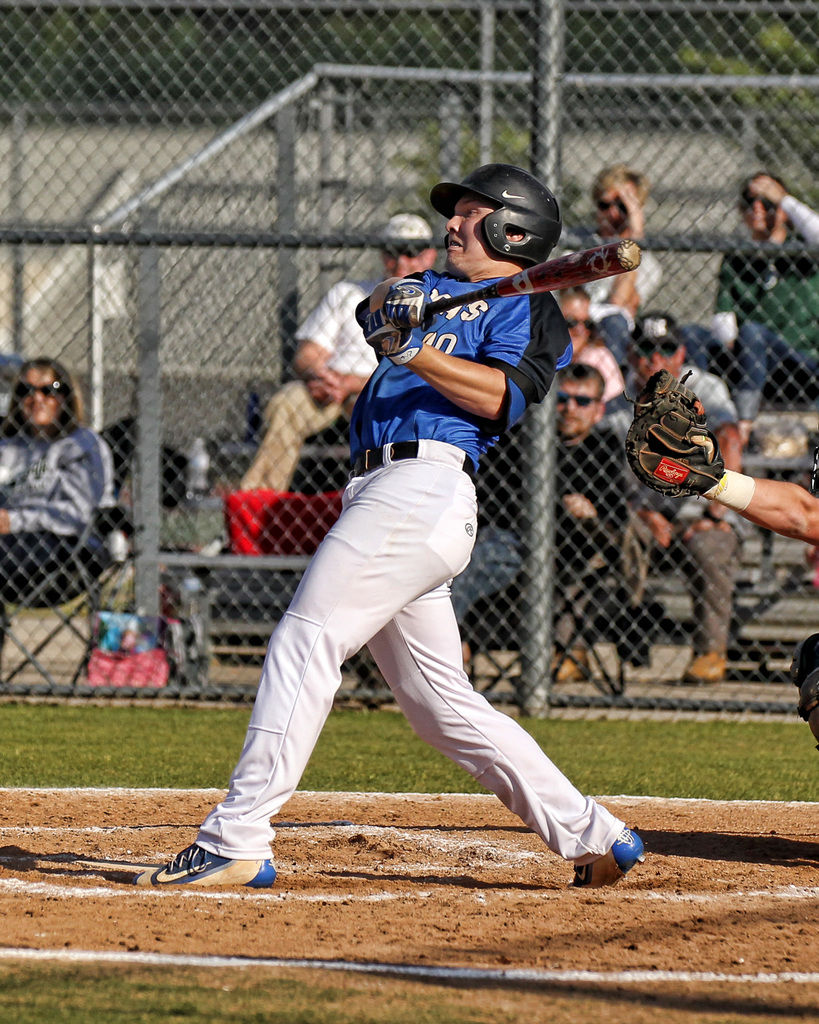 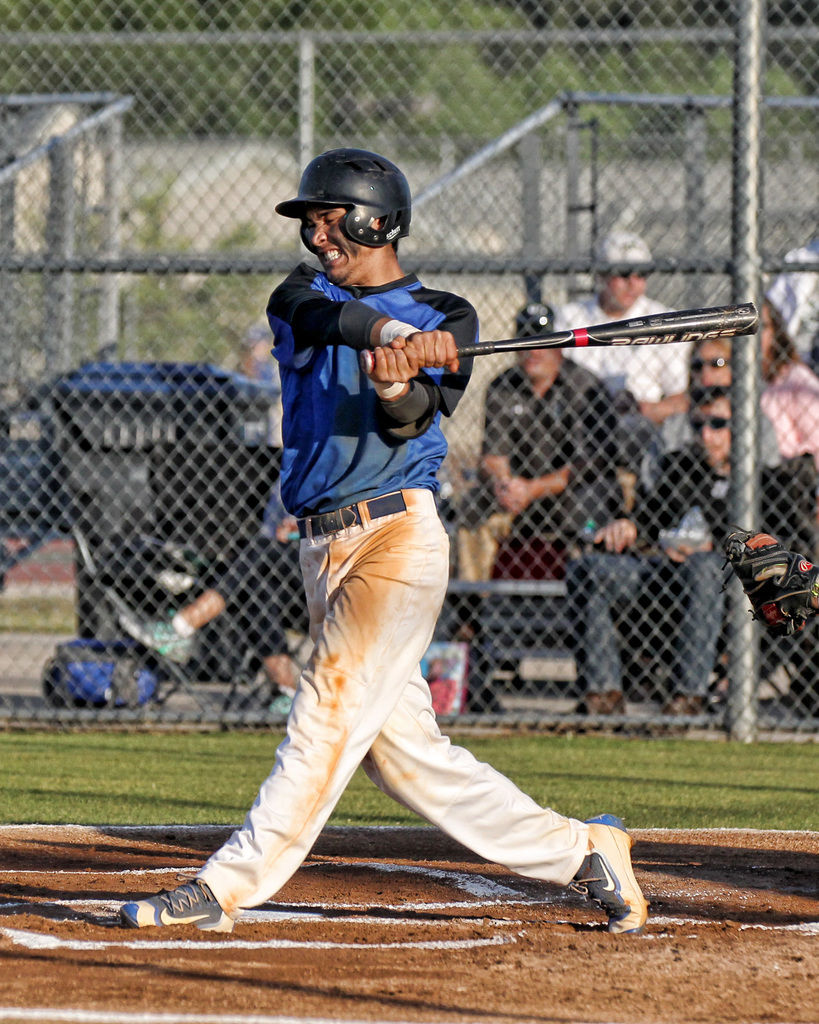 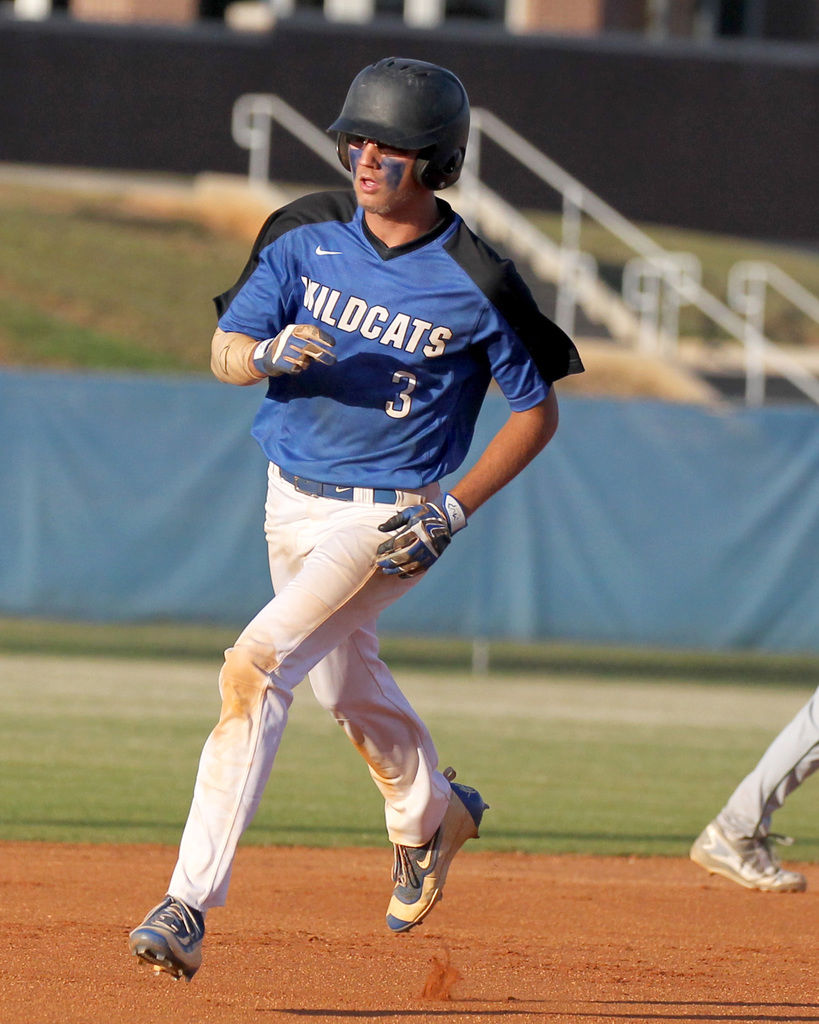 Locust Grove’s Trevor Sellers was on base frequently in the three-game series against North Hall. (Special Photo: Jeff Hurndon Photography) 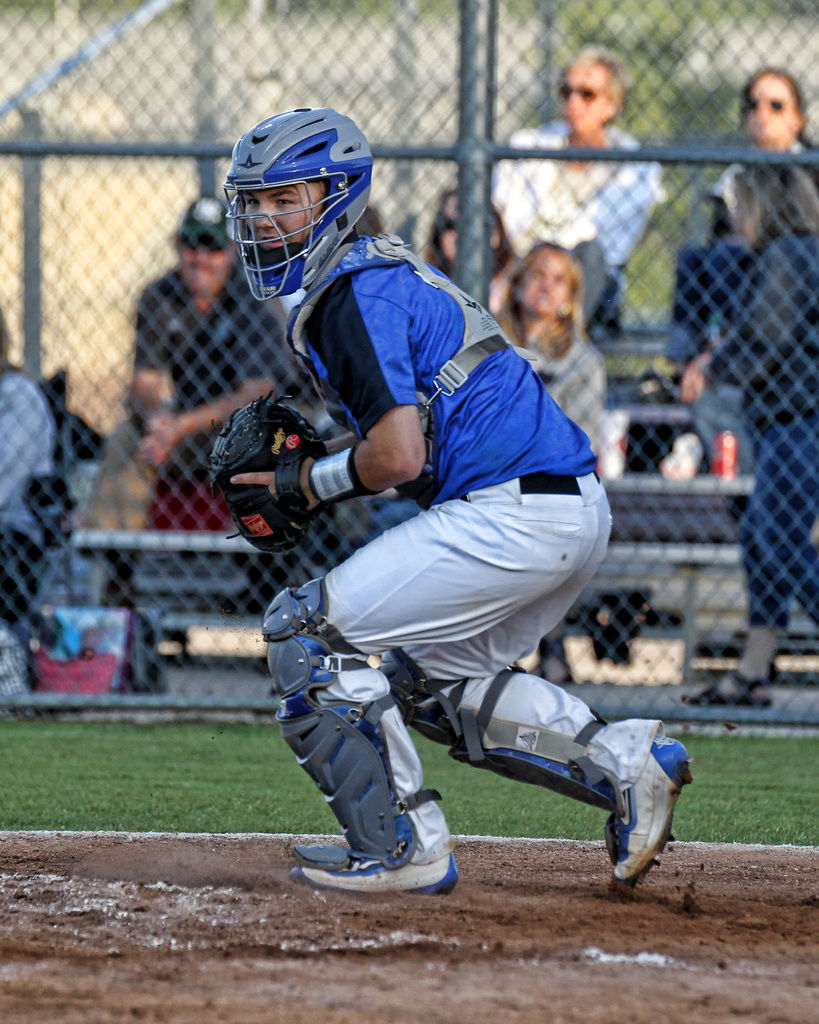 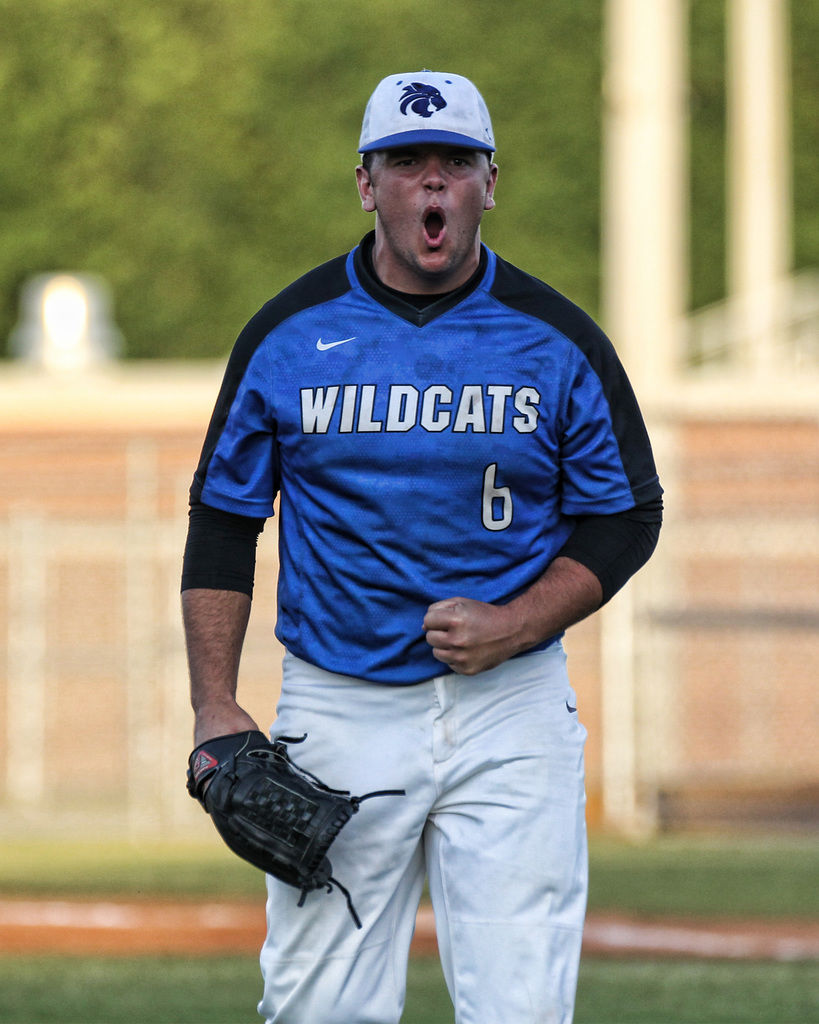 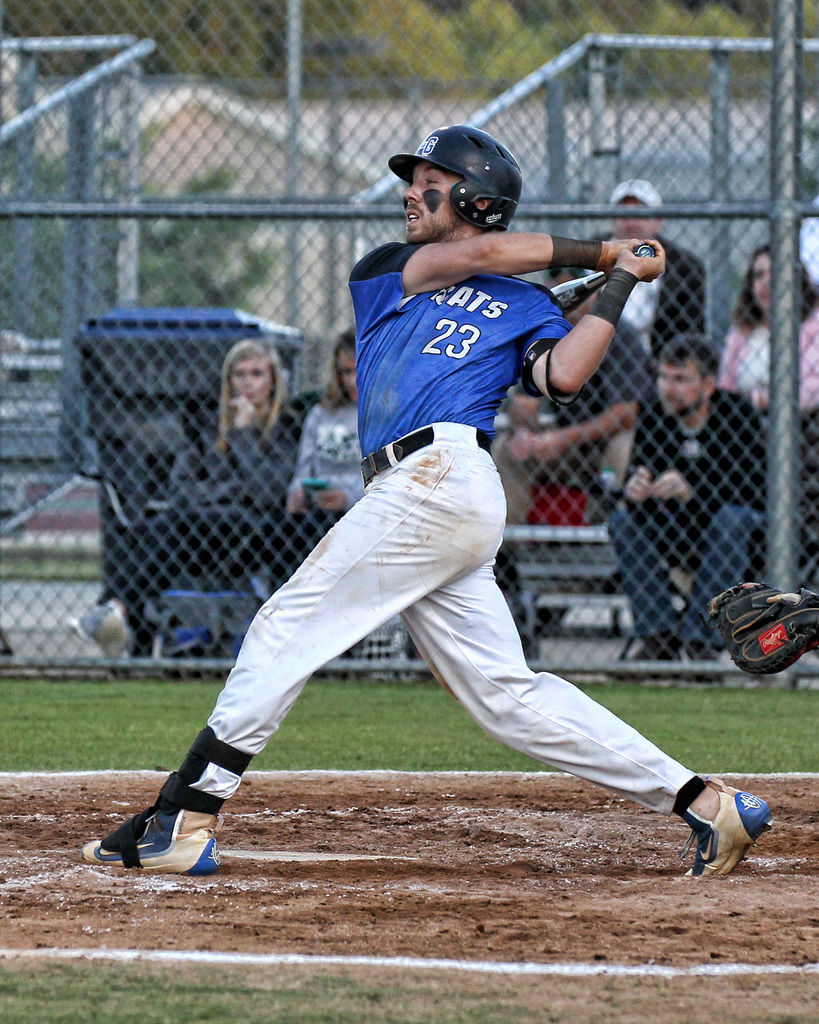 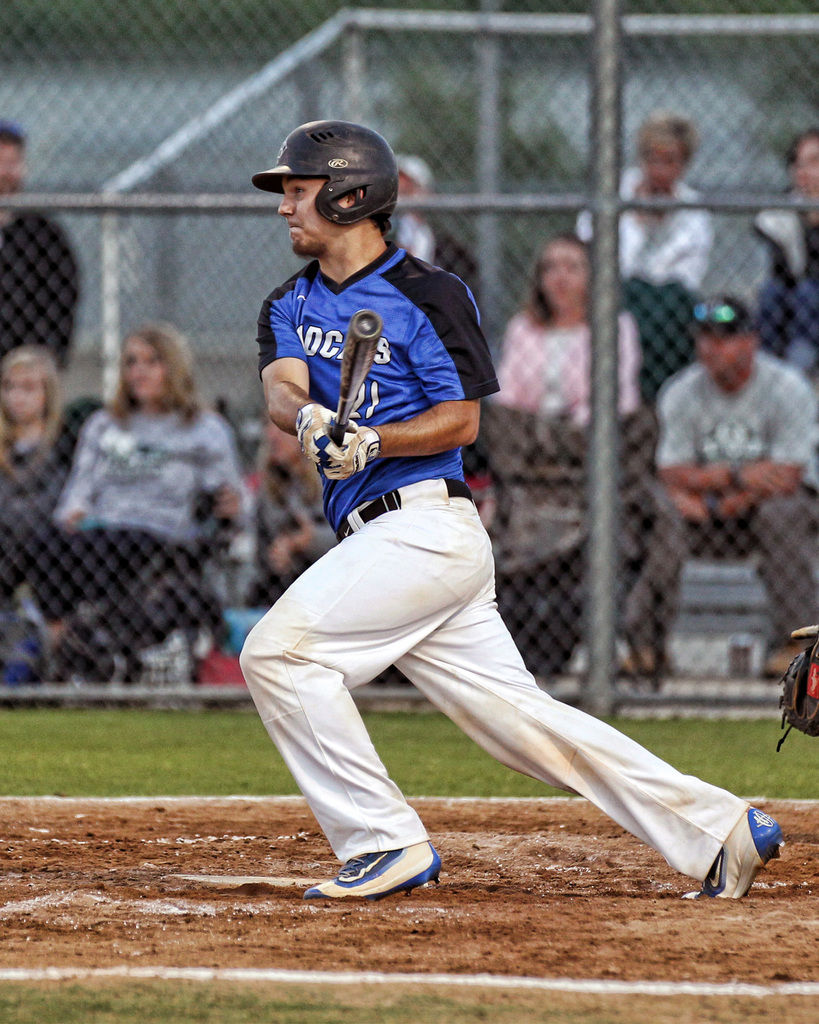 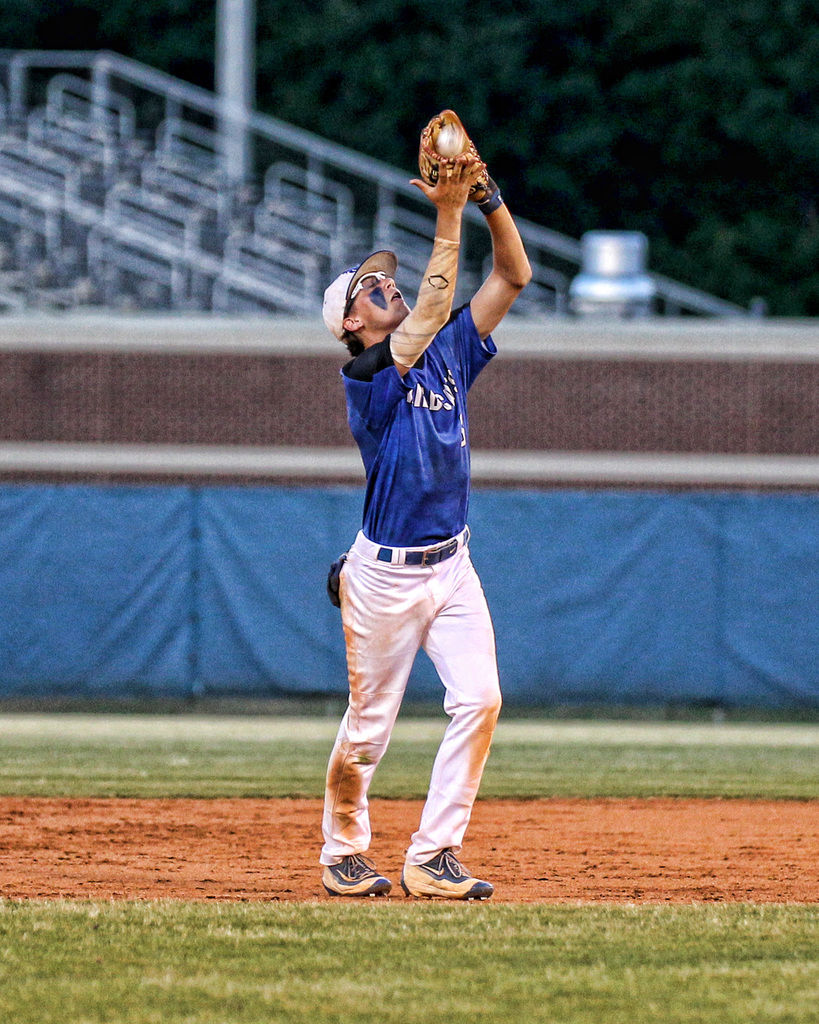 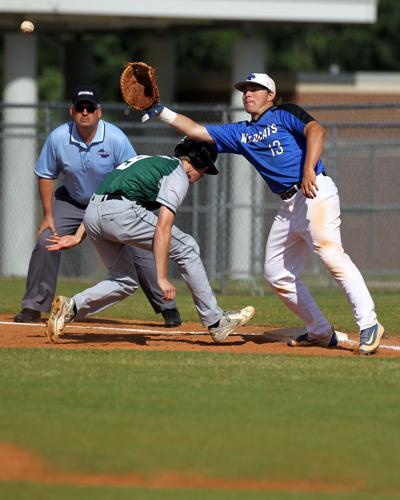 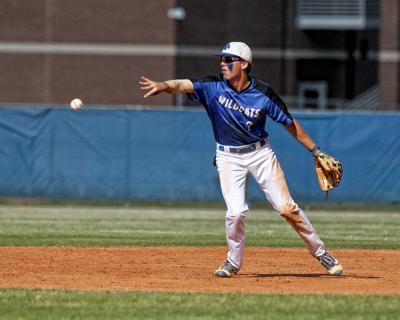 Locust Grove’s Trevor Sellers was on base frequently in the three-game series against North Hall. (Special Photo: Jeff Hurndon Photography)

LOCUST GROVE — The Locust Grove Wildcats (27-3-1) booked a trip to the Elite Eight of the Class AAAA state baseball tournament with a 2-1 series victory over North Hall this week.

The Wildcats bounced back from an ugly Game 1 loss to win the final two games of the series. In Game 3, Locust Grove avoided elimination with a five-run seventh inning to come from behind and earn a hard-fought series win.

Locust Grove will face Heritage, Ringold (23-7) in the Elite Eight. Heritage outscored Wayne County 16-2 in a second round sweep this week.

Olsen allowed just one earned run on six hits in six innings of work. Drew Atha picked up the save by recording the final three outs in the seventh inning.

Olsen cruised until the bottom of the sixth inning when Odlanier Rodrigues put the Wildcats on the board with a RBI single. But Olsen was able to strand two runners and escape the inning without allowing further damage.

Lindow gave his team opportunities to tie the game by tossing three scoreless innings to finish his outing. The senior southpaw finished with eight strikeouts in seven innings, allowing just one earned run. In hindsight, Lindow’s ability to finish the game allowed Locust Grove to maintain its pitching depth later in the series.

“That was huge. Our big thing has been our depth in pitching and we knew coming into Game 3 we had everybody but two guys,” said Locust Grove head coach Stephen Phillips. “Hats off to those guys. They put it in play and we made some mistakes. They’re a very, very well coached team. They’re a very good team that does a lot of things well.”

Locust Grove evens the series behind strong start from Young

The Wildcats bounced back in Game 2 behind senior Christian Young, who pitched a complete game to lead his team to a 9-1 victory.

After being pulled in the second inning in Game 2 in the first round, Young allowed one earned run on six hits and struck out seven to help his team even the series.

“Christian has been that way since he’s come on board with us on the varsity,” said Phillips. “He struggled a bit in the last series. His whole career he’s pitched Game 3 after Game 3 and has always bowed his neck and got it done for us. He came out with our backs against the wall and wheeled and dealed and kept them off balance.”

The Locust Grove offense, which was held in check in Game 1, exploded for 12 hits to provide Young with the necessary run support. The Wildcats scored eight of their nine runs after the fourth inning.

Locust Grove took an early lead when Sellers singled home Colton Bailey in the first inning. Gavin Lee led off the fourth inning with a double before Shearhouse followed with a RBI triple. Will Dyar drove in Shearhouse later in the inning and scored on a double from Austin Moody. Moody would come around to score on a wild pitch to give Locust Grove a comfortable 5-0 lead.

The Wildcats continued their offensive outburst in the fifth inning. Sellers was in the middle of the action again, recording a single before Lee walked and Shearhouse reached on a bunt single. Brad Tolleson drove in Sellers with a sacrifice fly and Dyar drove in another run with a single to put Locust Grove up 7-0.

Locust Grove added two more runs in the top of the sixth via RBIs from Rodrigues and Lee. Young earned three strikeouts over the game’s finals six outs to finish off the Trojans and force a decisive Game 3.

Shearhouse led the way for Locust Grove offensively with a 3-for-4 night. Sellers, Lee and Dyar each recorded two hits apiece, with the latter recording two RBIs. Bailey led the Wildcats with two runs scored and a stolen base.

Locust Grove used a five-run seventh inning to come from behind and eliminate North Hall by a score of 7-3 in Game 3 to advance to the Class AAAA quarterfinals.

The Wildcats trailed the entire game, but used their final at-bat to take control of the series for good. Locust Grove capitalized on three North Hall errors in the seventh to avoid elimination.

Dyar led off the top of the inning with a pinch-hit single up the middle. He was replaced by pinch runner Cole Mallett, who quickly stole second base to put the tying run in scoring position with no outs.

“Will has been clutch for us all year,” said Phillips. “He’s a total team player. Last night he was big for us and I needed baserunners. I started off with Dyar because I knew he would put it in play for us and that’s what we needed to do…I used Cole because I knew I was going to steal a base right there. Again, another team player. A kid who knows what is role is, accepts his role and comes through right there.”

After Nolan Crisp advanced Mallett to third with a groundout, Moody delivered the game-tying blow with a sharp single to left field. Curry reached on an error and Bailey walked to load the bases for Rodrigues, who reached on another error to give Locust Grove a 4-3 lead.

Sellers followed with a single to plate Curry before Gavin Lee reached on North Hall’s third error of the inning to put Locust Grove up 7-3 and three outs away from a trip to the Elite Eight.

Locust Grove wouldn’t have been in a situation to win the game in the final inning if not for freshman Nolan Crisp. The young right-hander allowed zero earned runs on two hits in five innings of relief work to keep his team within striking distance.

Atha sparkled on the mound for the majority of the night. Until that fateful seventh inning, Atha’s lone blemish was a two-out double by Rodrigues that tied the game at 2-2 in the third inning.

North Hall regained the lead in the bottom of the third inning. After Rodrigues surrendered two hits to open the frame, Austin Adams came around to score on a passed ball with two outs.

Still, Crisp was able to limit the damage in the third inning and coasted through the North Hall lineup for the rest of the contest. No Trojan reached second base after the third inning.

“You gotta say a lot for a freshman to come in in that kind of situation and keep his composure and pitch five innings like he did. He did a great job,” said Phillips.

Atha was the hard-luck loser, logging 6.1 innings with eight strikeouts. Of the seven runs that scored while he was on the mound, only one was earned.

“Hats off to them because the guys I did call on came through,” said Phillips. “It just shows you how we’re a team. We’re a family and they all accept what’s asked of them to do.”

How each state uses its land

Stacker compiled data from the United States Department of Agriculture’s (USDA) 2012 Major Land Uses statistics to analyze what type of land exists in each state and how it is used. The different land uses include grassland, forest-use land, cropland, special-use areas, miscellaneous land, a… Click for more.

Ron Rivera pleads with WFT anti-vaxxers to get vaccinated

Ron Rivera pleads with WFT anti-vaxxers to get vaccinated