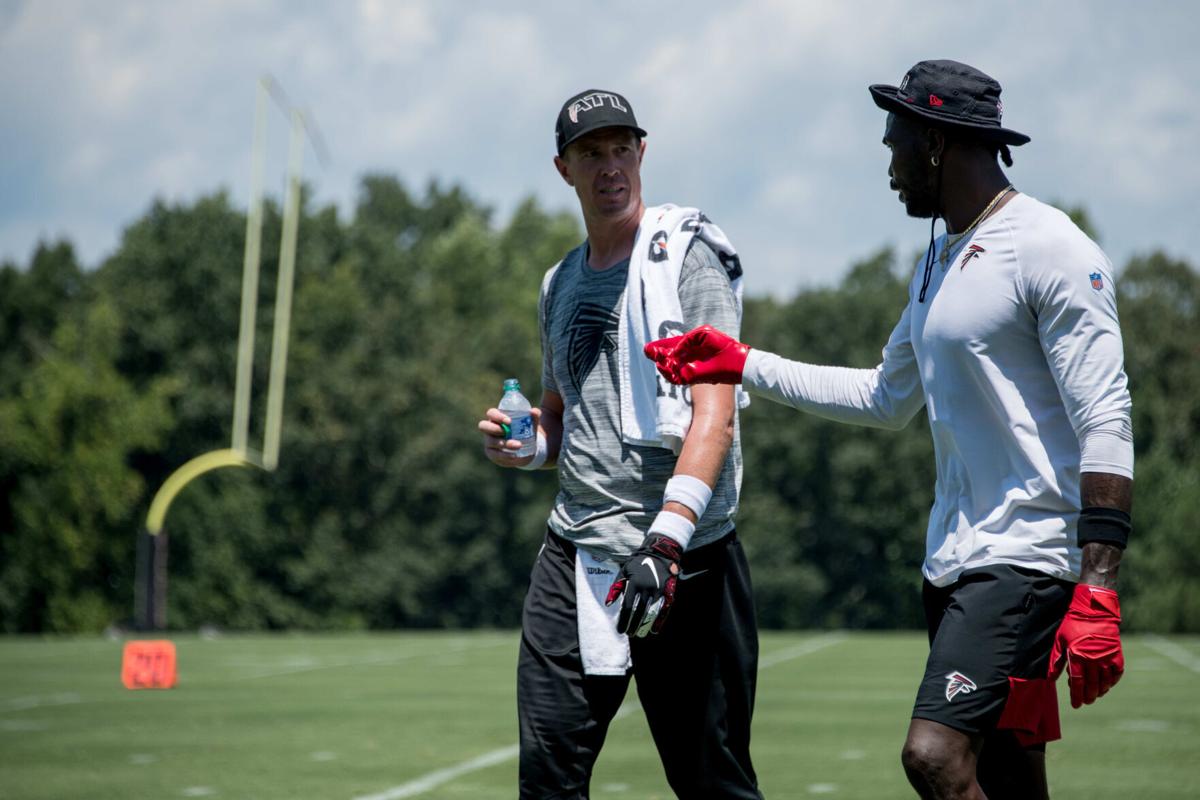 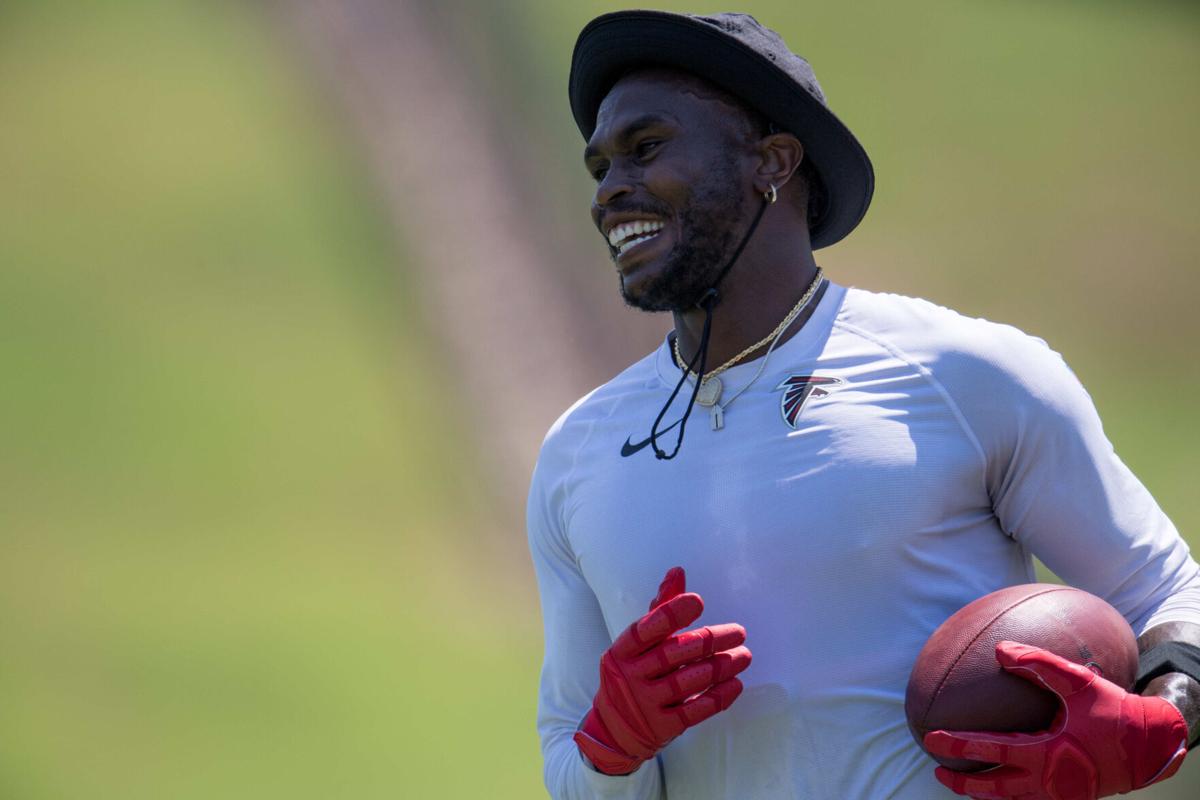 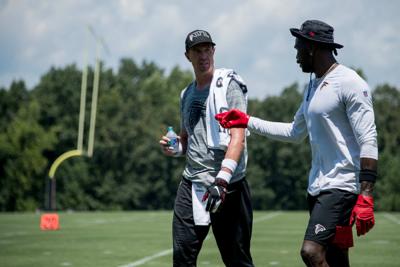 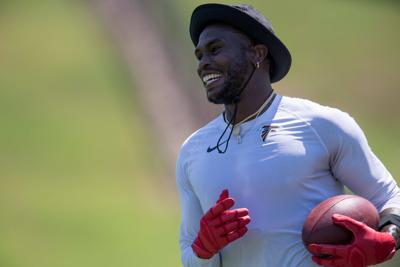 Ryan was ranked No. 7 among quarterbacks, with an 87 rating, in the newest edition of the video game, Madden NFL 21. The game’s rating of his teammate, wideout Julio Jones, also sparked considerable debate — he is ranked No. 3 at his position with a 97, behind both the Saints’ Michael Thomas (99) and the Cardinals’ DeAndre Hopkins (98). A recent poll of coaches, scouts and other personnel ranked Jones as the top NFL wide receiver, but he has never received the coveted 99 ranking on a Madden game.

The ratings don't affect Ryan, or his star receiver, the quarterback said this week.

The Falcons’ offense, on the field and virtually, has loads of potential this season, and Ryan has been encouraged with the personnel heading into the 2020 season. The potent unit worked to improve in the offseason with acquisitions like Todd Gurley at running back and Hayden Hurst at tight end.

“I think we’ve got a lot of good players,” Ryan said. “I think the additions that we’ve made, guys like Todd (Gurley) and Hayden (Hurst), I think are really good fits in what we do. They both worked extremely hard this offseason. They’re in great shape and they’re both picking up the offense really quickly. There’s no question about that. I know I spoke about Todd earlier this offseason of how impressed I was with his ability to pick things up quickly, but I think both of those guys have done a great job and I’m excited about that. I think it helps that we have a lot of continuity. We have a bunch of starters back at our skill positions, but also on the offensive line. A lot of familiarity with Dirk (Koetter) in his second year back as (offensive coordinator), so I think all of those things help when you’re in this kind of an environment. This has been a unique offseason for sure, but knowing each other really well and having a feel for each other helps during these situations.”

Hurst is being counted on heavily at tight end after losing All-Pro Austin Hooper in free agency. Hooper had 75 catches for 787 yards and six touchdowns last season, and 214 catches for 2,244 yards and 16 TDs in his four NFL seasons with Atlanta.

Hurst was part of a loaded tight end group with the Baltimore Ravens, but he is expected to fill a more prominent role with the Falcons.

“My first impression is that he’s excited to be here and excited for this opportunity,” Ryan said of Hurst. “You can just tell that with the way that he works day in and day out. How much he’s embraced his teammates and getting to know guys. That’s cool to see. We’re excited to have him for sure. I’m probably most excited about his athleticism. He’s extremely fast, very good change of direction, he’s big and strong. He’s everything you would want in a tight end. So, I think he’s going to be a nice piece of the puzzle for us. He’s a different guy from a tight end standpoint than I’ve played with. He’s got a different skill set than Austin Hooper or Tony Gonzalez. He’s unique in that way. I’m excited to kind of utilize some of the things that he does and add to our scheme.”

While Jones’ production has been a given in Atlanta’s offense, a bigger season out of third-year wideout Ridley would be a welcome sign. The former Alabama star had 64 catches for 821 yards and 10 TDs as a rookie, then had 63 catches for 866 yards and seven scores last year.

Ridley wants to be among the league’s elite receivers, and Ryan sees that kind of potential from a wideout is sometimes overshadowed by Jones’ accomplishments.

“I certainly think the pros outweigh the cons (of playing alongside Jones),” Ryan said. “I think he is an unbelievably unselfish teammate, Julio, as a superstar. His willingness to teach those guys and take them under his wing is really invaluable. I think the one thing that probably impacts Calvin more than anything — and it doesn’t take away from how good of a player he is — but your statistics get skewed because of the guy that you’re playing on the opposite side from. There are only so many plays in a game. We have so many talented guys.

“I think the people who know, the people who have to guard Calvin in man-to-man coverage, know he is elite. He’s exceptional and he’s really, really good. I think there has been some messaging about him having this as a breakout year and I hope it is. I hope he’s improved from what he’s been the past two years, but he’s been really good the last two years and extremely productive for us. I’m fired up that he’s hungry and ready to go and I think he’s going to do a great job for us.”

CHARITA GOSHAY: Hard lessons being learned at the Rock

Wildfires, coronavirus and an earthquake collided for California's terrible week