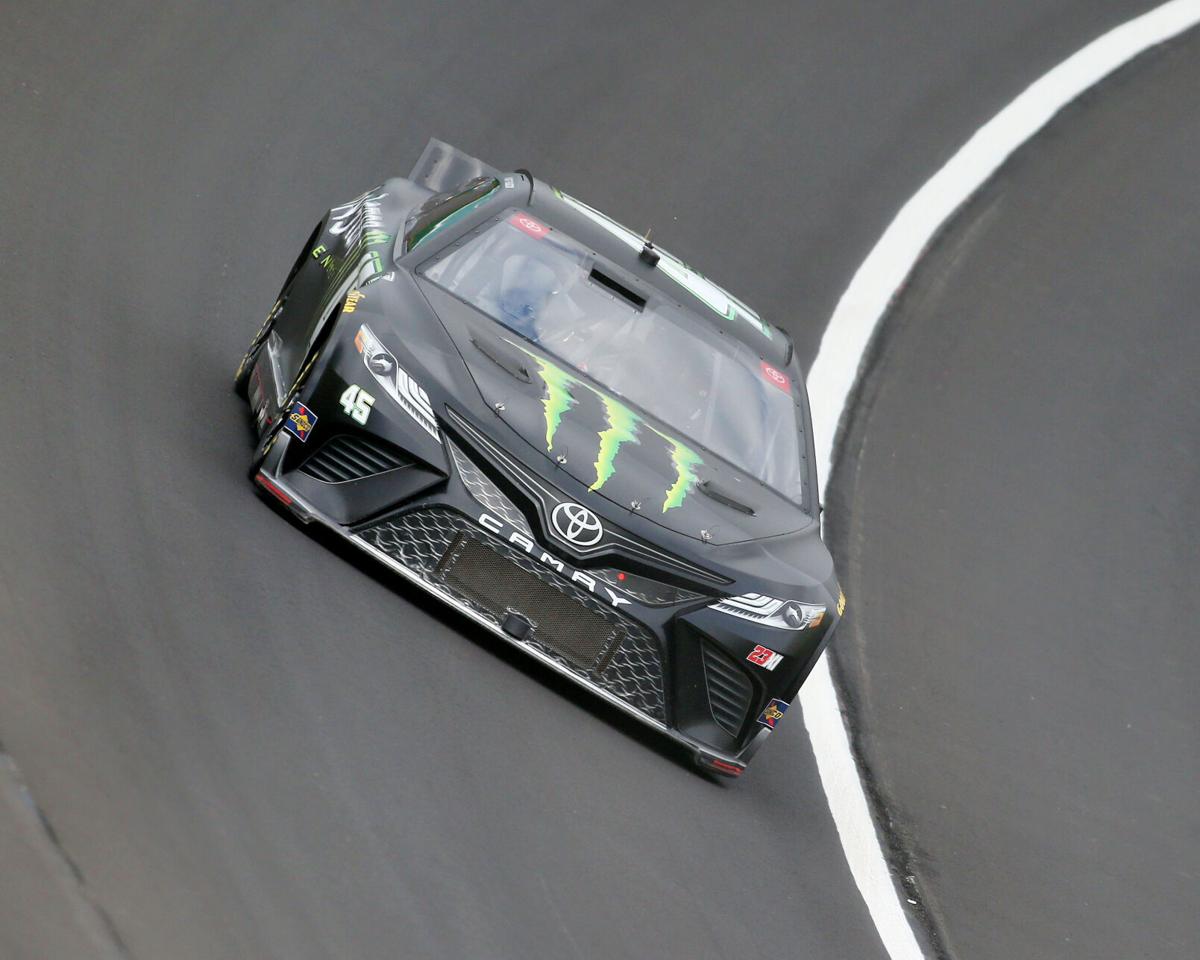 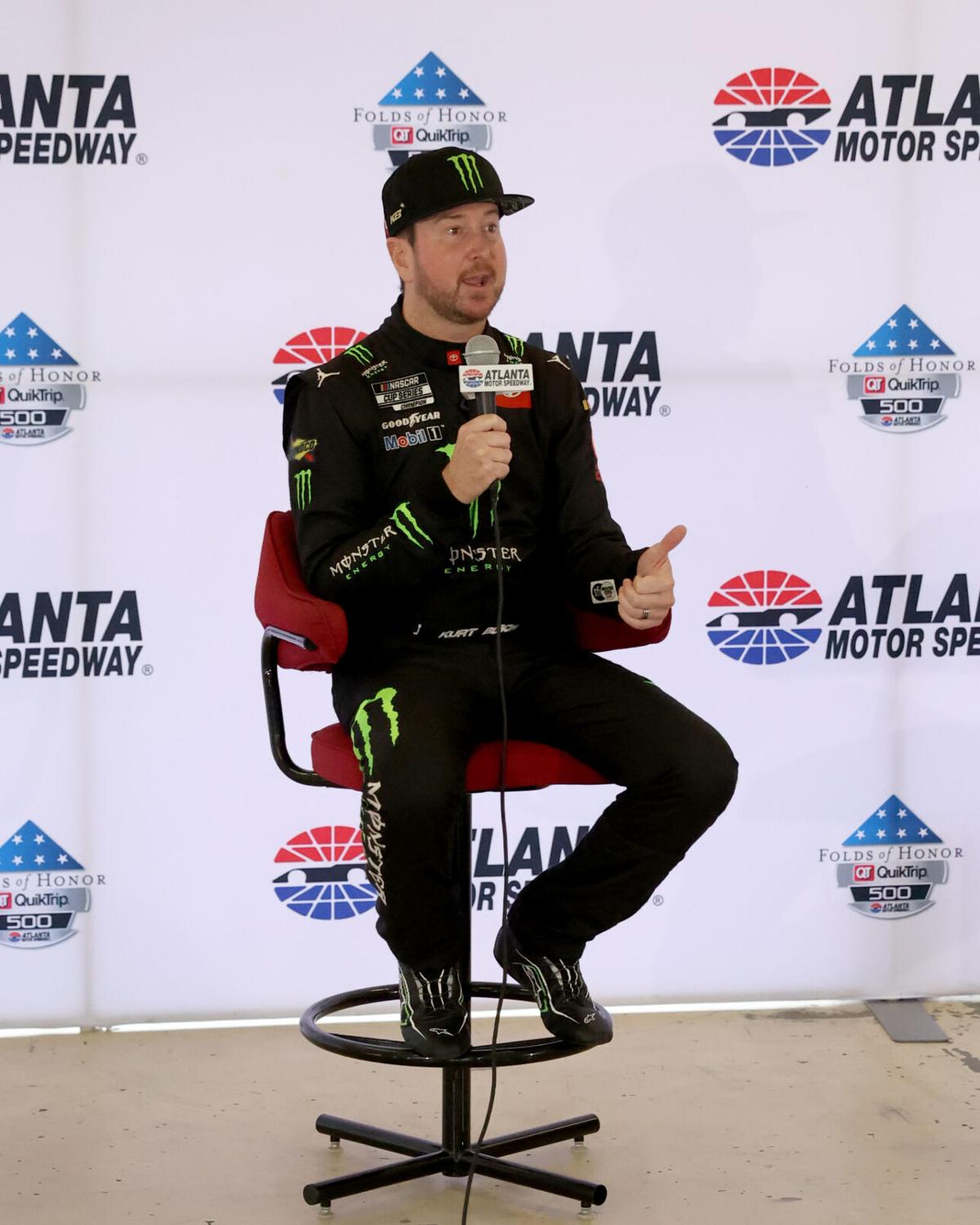 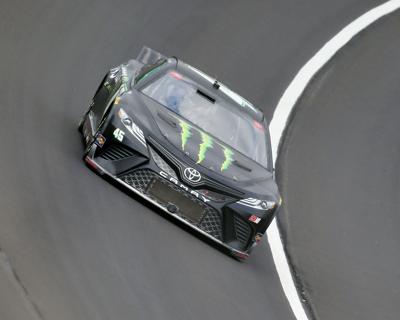 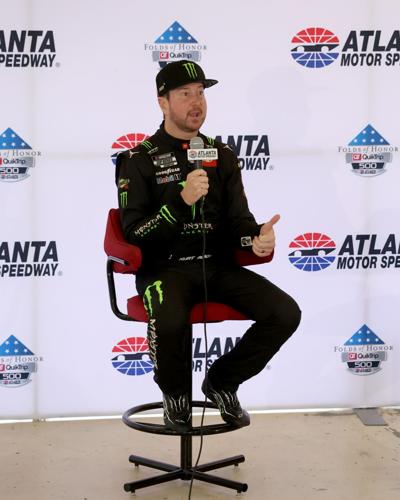 When the first week of the New Year arrived and brought with it the first opportunity for NASCAR drivers to take laps on the newly revamped and reimagined Atlanta Motor Speedway, it didn’t take long for everyone involved to reach a consensus.

This isn’t your grandpa’s AMS.

“There’s a ton of new here. It’s probably not even fair to go comparing to the old Atlanta at this point, there’s just so many variables in it,” said Chris Buescher, driver of the No. 17 for Roush Fenway Keselowski Racing.

“I’m that brain emoji where my brain is blowing off,” added Kurt Busch, driver of the No. 45 for 23XI Racing. “There’s a lot to digest. It’s an engineering marvel to bank a racetrack with this much banking and keep the turns this sharp and to have it as smooth as it is. They did a really good job.”

Throughout the week, drivers participating in the Goodyear tire test circuited AMS hundreds of times to help identify the best tire combination for the all-new, steeper Atlanta and NASCAR’s Next Gen race cars.

“Goodyear has brought a control tire and then different options, whether that be softer compounds or different staggers. That’s something we’ve been working with a lot with this new car; the rear independent suspension, the transaxle, and everything has really changed a lot of that feel. I think some of the low-profile tire has changed it as well,” said Buescher. “All the cars, one from each manufacturer, go through the same tires and the same tests so we can take all that data and put it together.”

While the hours spent on track help Goodyear with its task, it also gives these select drivers an opportunity to get up to speed on the all-new Atlanta before their fellow competitors.

“I don’t think that every driver in the series was signing up to do this tire test, but I was,” said Ross Chastain, driver of the No. 1 for Trackhouse Racing. “I was excited and I wanted to come learn and see it for myself, walk the track, feel it in the race car and see: what do we need to do when we come back here? We’re going to race here twice — what do we need to do?”

Kurt Busch — a four-time winner at Atlanta, including the final race on the previous configuration last July — was immediately struck by the new characteristics of the nearly 62 year old speedway.

“It was exciting to go out on track and be in a different environment, but yet here at Atlanta Motor Speedway,” said Busch. “It’s completely changed with the banking, the fresh asphalt. It’s a clean slate and the Next Gen car is a clean slate and so (Wednesday) was a big day with excitement and anticipation of how the track would drive and how it would feel.”

After getting valuable track time, drivers expect a style of racing that Atlanta Motor Speedway has never seen before when the field takes the green flag for the Folds of Honor QuikTrip 500 on March 20.

“Once we got out there in a group the pace picked up by over a second having the cars draft together,” said Busch. “There’s a lot of speed that you have by yourself and things were amplified way more than what we expected when we had just three cars drafting with each other.”

With their cars gaining speed and staying close together while in a draft, drivers anticipate racing at the all-new AMS will resemble the likes of Daytona and Talladega while still being unique to Atlanta.

“In NASCAR we have our Daytona and Talladega style draft and those are on 2.5- and 2.66-mile tracks,” said Busch. “This is a mile-and-a-half. Things are going to be moving quicker. You’re going to be digesting things much faster.”

“It’s going to be maybe like Daytona before they repaved it. Before (they repaved Daytona) guys had to have good handling cars as well as a superspeedway car that would draft good,” said Chastain. “You’re going to have to have a combination of that here. You’re going to have to have a lot of friends and I probably need to get to work on that because I don’t know that I have that many!”

The bottom line for NASCAR fans: the 2022 races at Atlanta Motor Speedway are can’t-miss events.

“Two-wide will be no problem. Three-wide — yeah, you’ll have that when you have the right opportunity with hot tires, the grip level, and when people are more comfortable with their setups,” said Busch. “So it’s just going to ramp up and get more aggressive as we get more and more laps on track.”

“I think it’s going to be a lot of fun coming back for the race,” said Buescher. “I am looking forward to it. I think they did a good job with the ideas that they’ve implemented to create an exciting race weekend.”