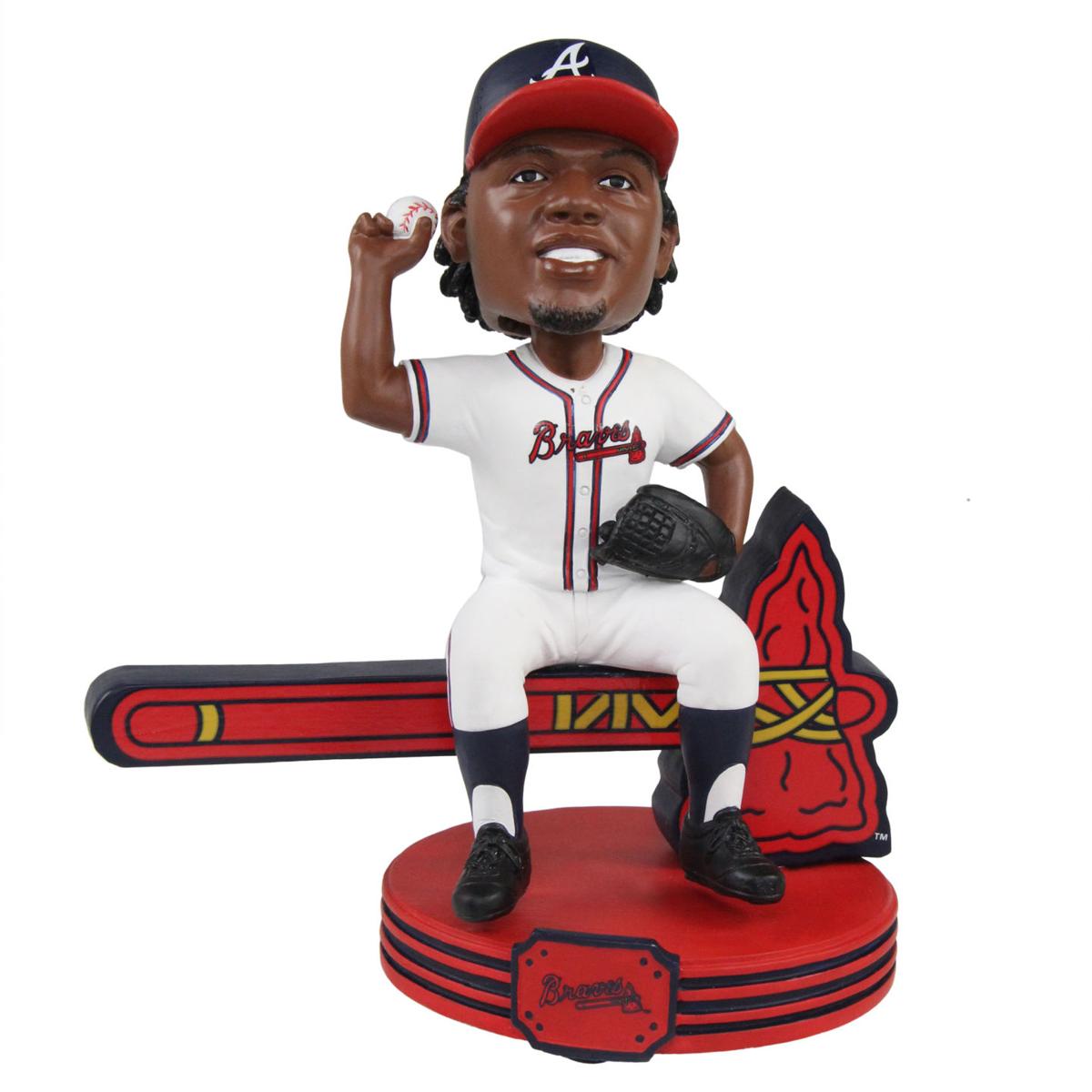 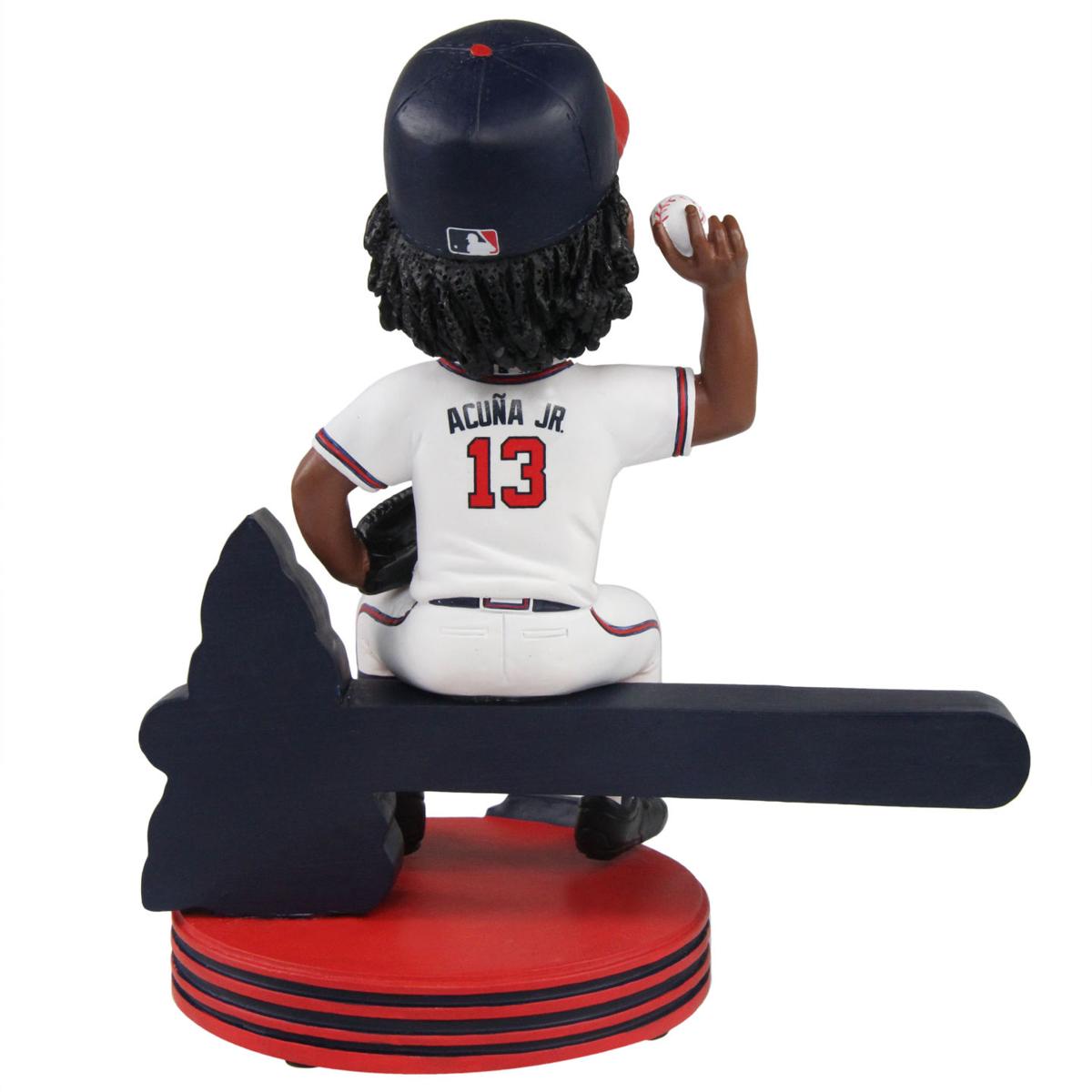 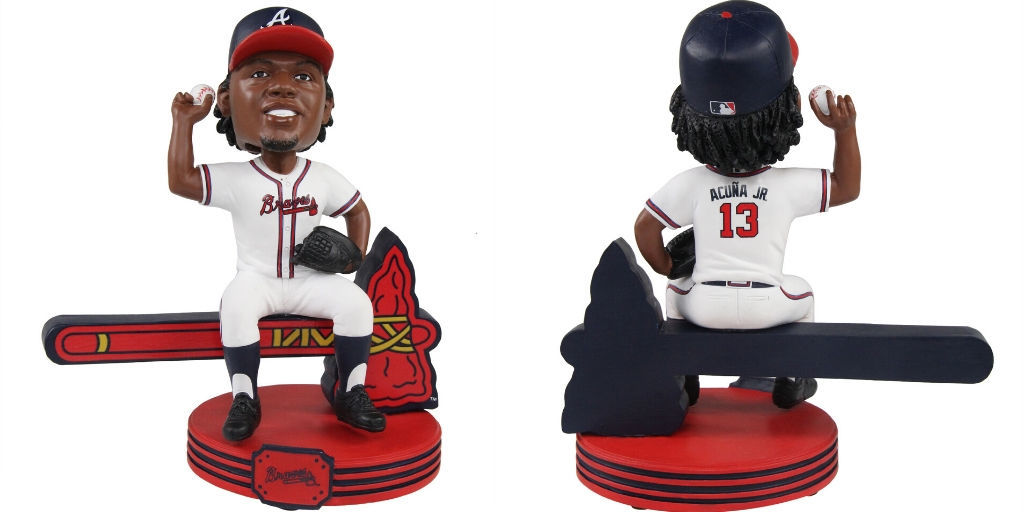 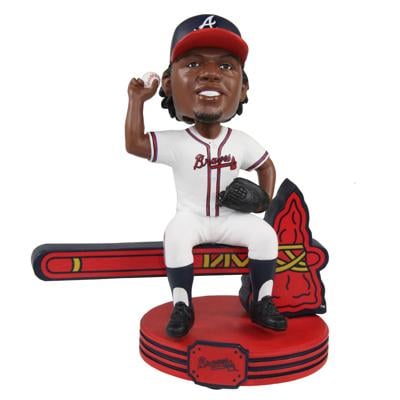 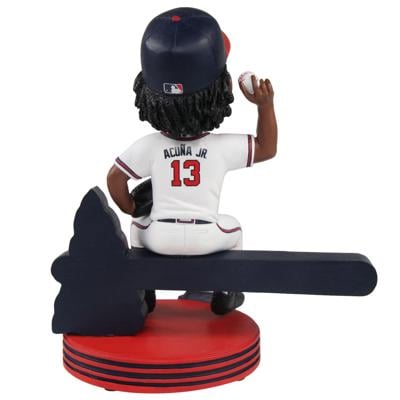 Acuna is the newest addition to the very popular “Riding” bobblehead collection. The bobbleheads were produced for the National Bobblehead Hall of Fame and Museum by FOCO, an official licensee and manufacturer of Atlanta Braves and MLB merchandise.

Wearing the familiar home White uniform with a navy-blue hat, the Acuna bobblehead is sporting a smile as he gets ready to throw a baseball while sitting on a tomahawk.

Each bobblehead is individually numbered to 2,019, and they are only available through the National Bobblehead Hall of Fame and Museum’s Online Store. The bobbleheads just arrived and ship now, and orders placed by Dec. 19 will be delivered before Christmas. The bobbleheads are $40 each plus a flat-rate shipping charge of $8 per order.

The Venezuelan-born Acuna burst on the scene in 2018 and made his MLB debut as a 20-year-old on April 25. He went on to be named the National League Rookie of the Year after batting .293 with 26 home runs and 64 RBI. Acuna became the youngest player in MLB history to hit a postseason grand slam when he connected off Walker Buehler of the Los Angeles Dodgers in the N.L. Division Series.

Acuna’s ascent continued in his second season when he was selected as an N.L. All-Star and won the Silver Slugger Award after batting .280 with 41 home runs, 101 RBI, a league-leading 127 runs scored and 37 stolen bases. He agreed to an eight-year, $100 million contract at the start of the season to become the youngest player in baseball history to sign a contract worth at least $100 million.

"We’re always thinking of ideas for unique and fun new bobbleheads and the Player Riding Bobblehead Series certainly fits in that category,” National Bobblehead Hall of Fame and Museum co-founder and CEO Phil Sklar said. “With his speed and power, Ronald Acuna is one of the great, young players in Major League Baseball and we think this bobblehead will become a fan favorite in Atlanta.”

Stacker compiled a list of the 50 highest-grossing movie franchises of all time, from the Mummy to the Marvel Cinematic Universe, using data from The Numbers. Click for more.

Do we still need to wear a mask outdoors?