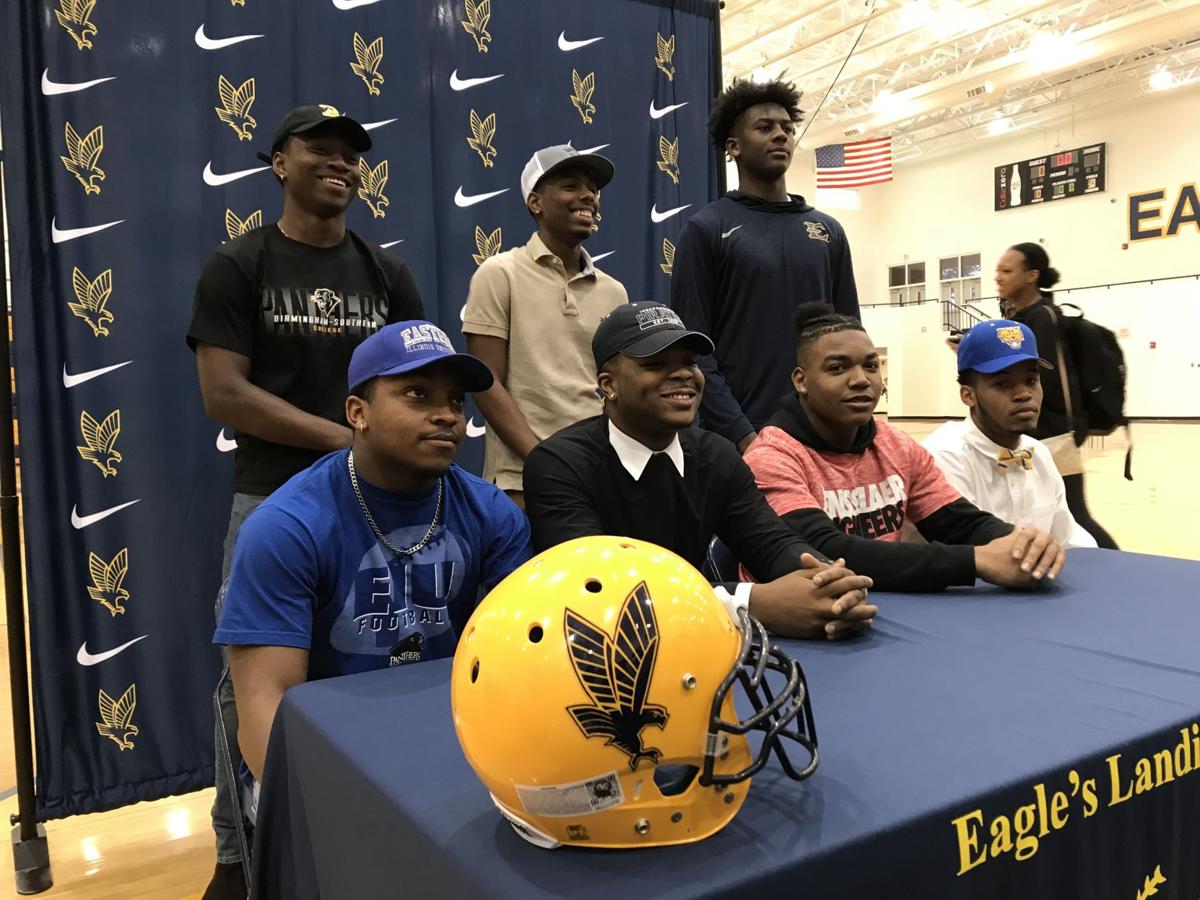 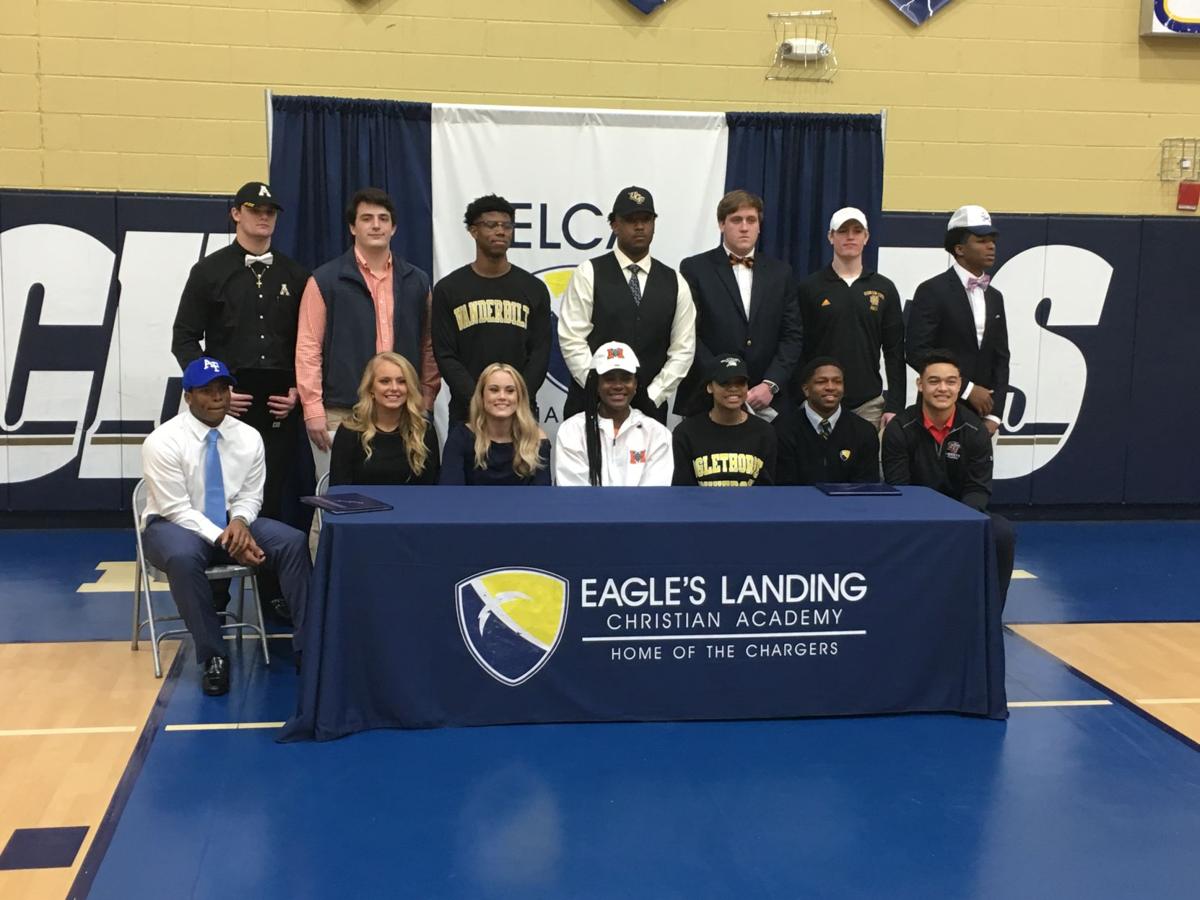 Eagle’s Landing Christian Academy had a busy signing day. The Chargers celebrating the signings of players from the football, softball and volleyball teams. (Special Photo) 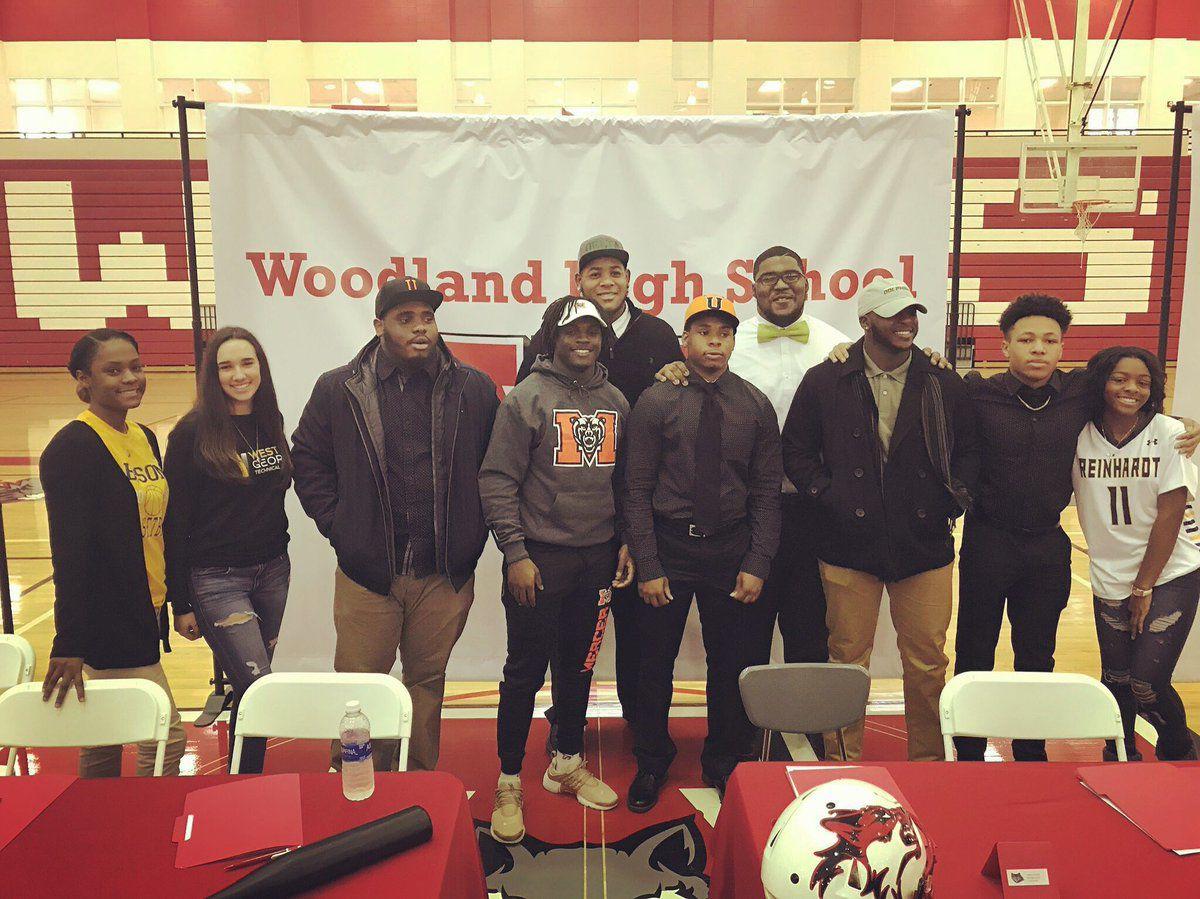 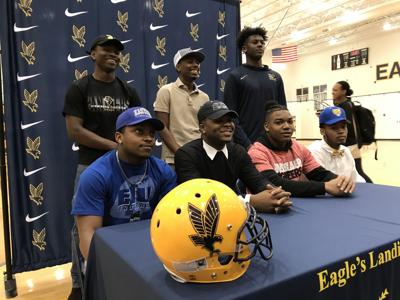 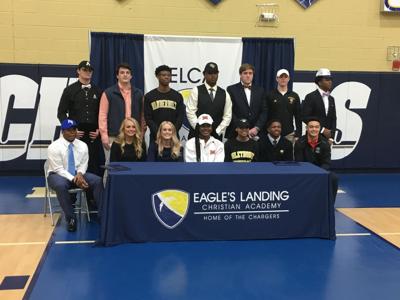 Eagle’s Landing Christian Academy had a busy signing day. The Chargers celebrating the signings of players from the football, softball and volleyball teams. (Special Photo)

The Eagle’s Landing Christian Academy Charger had a busy signing day as 10 players signed to continue their careers. ELCA’s senior class finished their careers with a record of 46-10 and three state championships.

Eagle’s Landing High celebrated seven players who signed to continue their football careers Tuesday morning, all of which played big roles in leading the Golden Eagles to the Class AAAAA Sweet 16 in 2017,

Linebacker J.C. Perry signed with Reinhardt University on signing day. The talented linebacker was an All-County and All-Region selection.

The Stockbridge Tigers were the busiest school in the county on signing day. Head coach Kevin Whitley watched as 14 players signed to continue their careers, joining three players who signed early in December.

Headlining the class was wide receiver Marquez Ezzard, Henry County Player of the Year, who signed with the University of Miami.

“Thanks for everyone who has supported these young men throughout their high school careers,” head coach Kevin Whitley said. “We are super proud of these young men and expect great things from them in the future. They have a career record of 48-6 with four straight region championships. We salute their efforts on and off the field.”

Michael Jordan on Zion: 'A taste of what you're going to see'