$1.99 for 3 days
Get Started
You are the owner of this article.
Edit Article Add New Article
You have permission to edit this article.
Edit
Home
News
Sports
Features
Find a Job
Opinion
Obituaries
Community
Place ad
e-Edition
Help
1 of 11 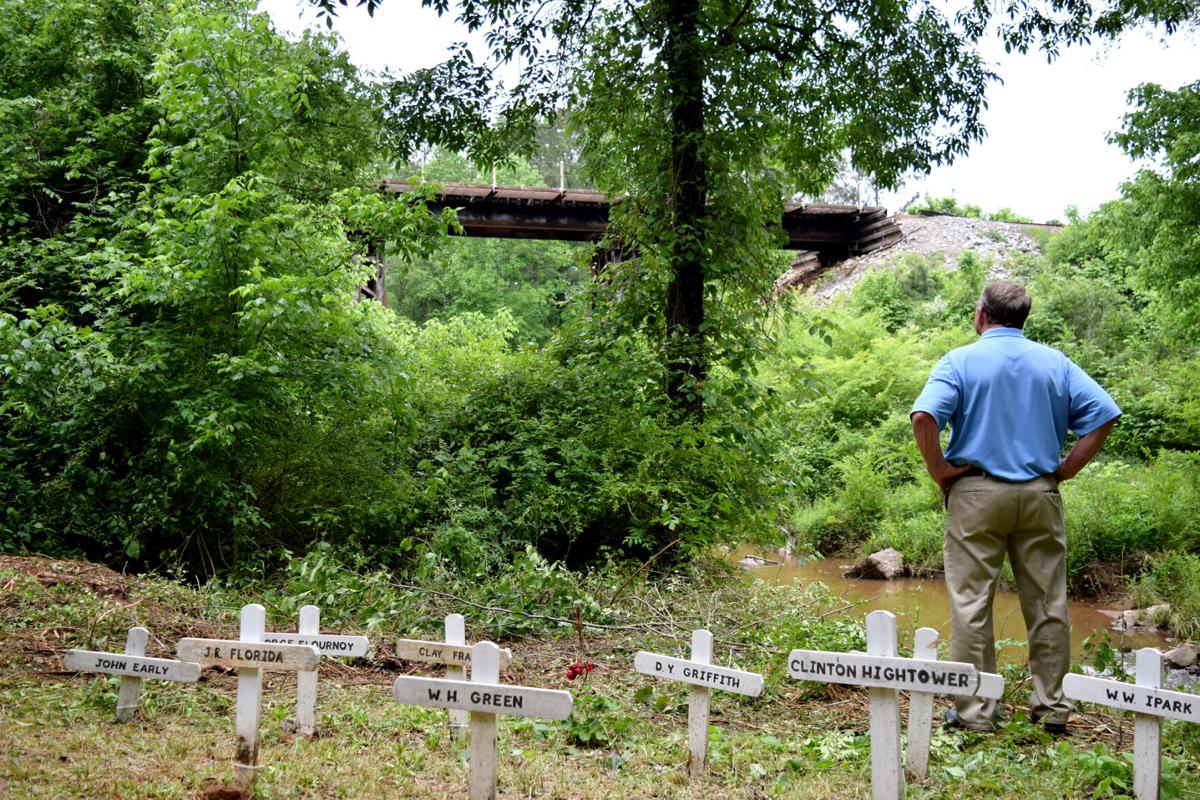 Bill Blair stands on the bank of Camp Creek in McDonough. He is a descendant of J.R. Florida who lost his life in Georgia’s worst train wreck on June 23, 1900. Blair and his family traveled from Tennessee to visit the site and learn more about Florida. 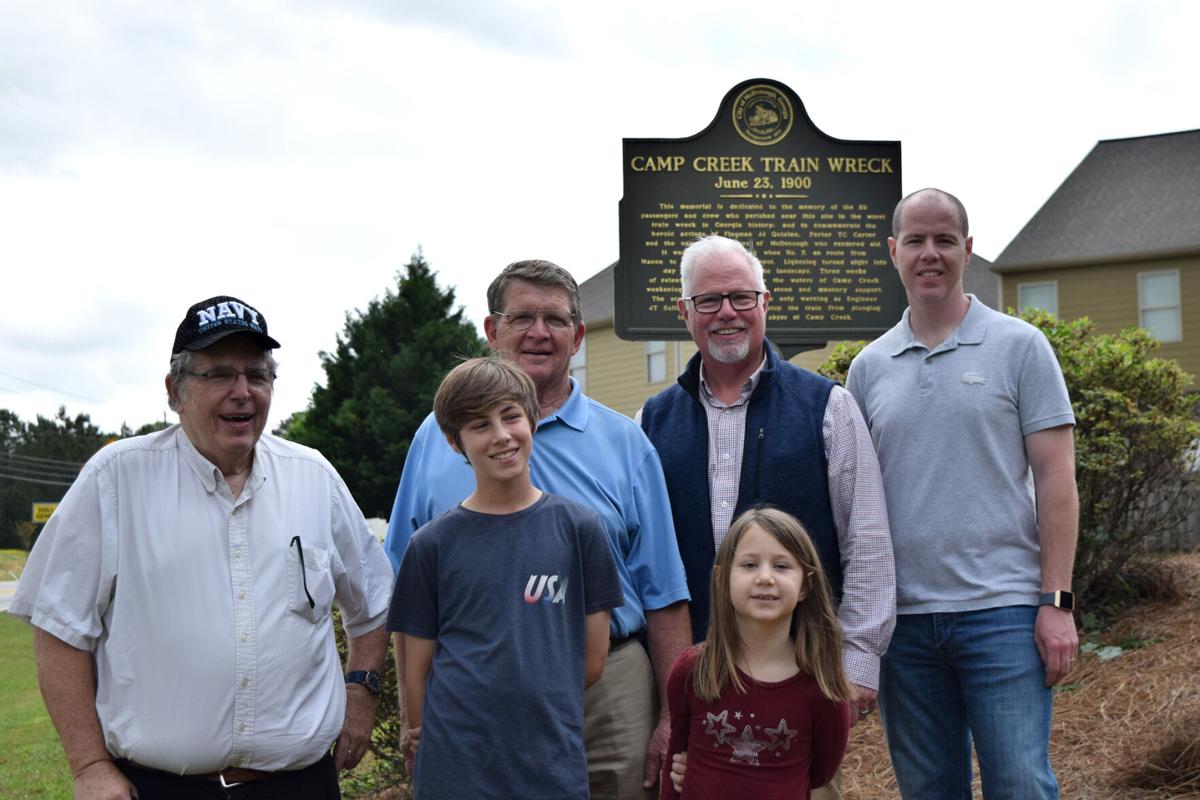 From left: Clifford Bass, Bill Blair, John Cook and Justin Cook. On the second row are siblings John and Clara Cook, children of Justin Cook. All are descendants of J.R. Florida who died in the Camp Creek train wreck on June 23, 1900.

This photograph taken in June 1900 shows what’s considered the state’s worst train wreck in history. The accident happened in McDonough on June 23, 1900 causing the death of 39 people. 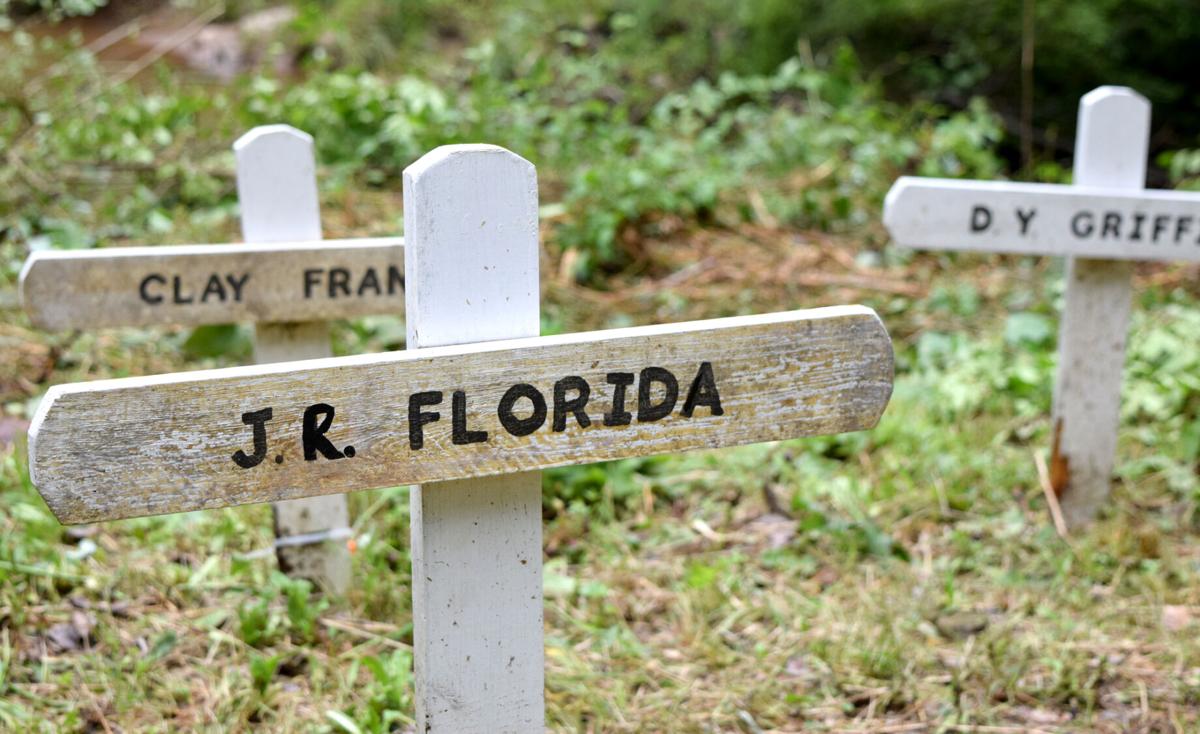 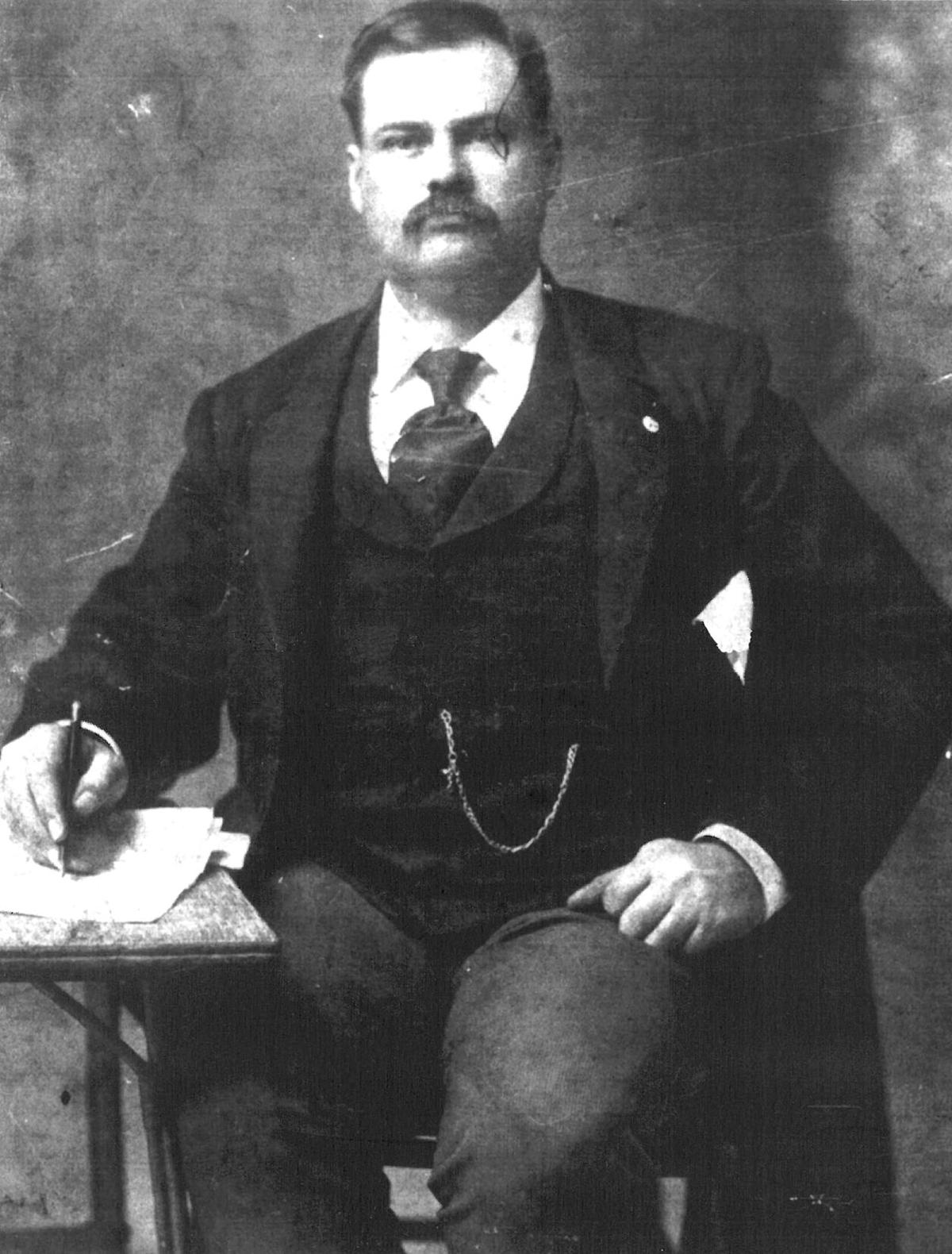 J.R. Florida was one of 39 people who died in the Camp Creek train wreck on June 23, 1900. Florida left behind a wife and two children. 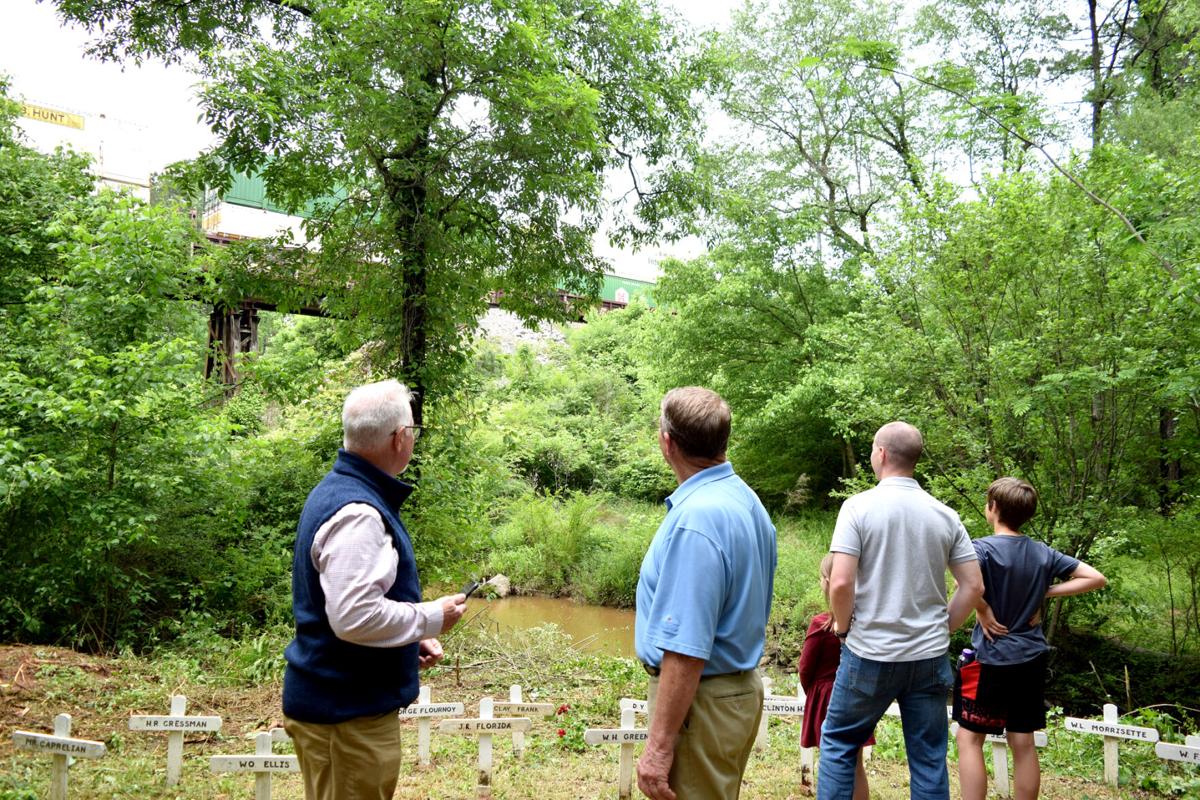 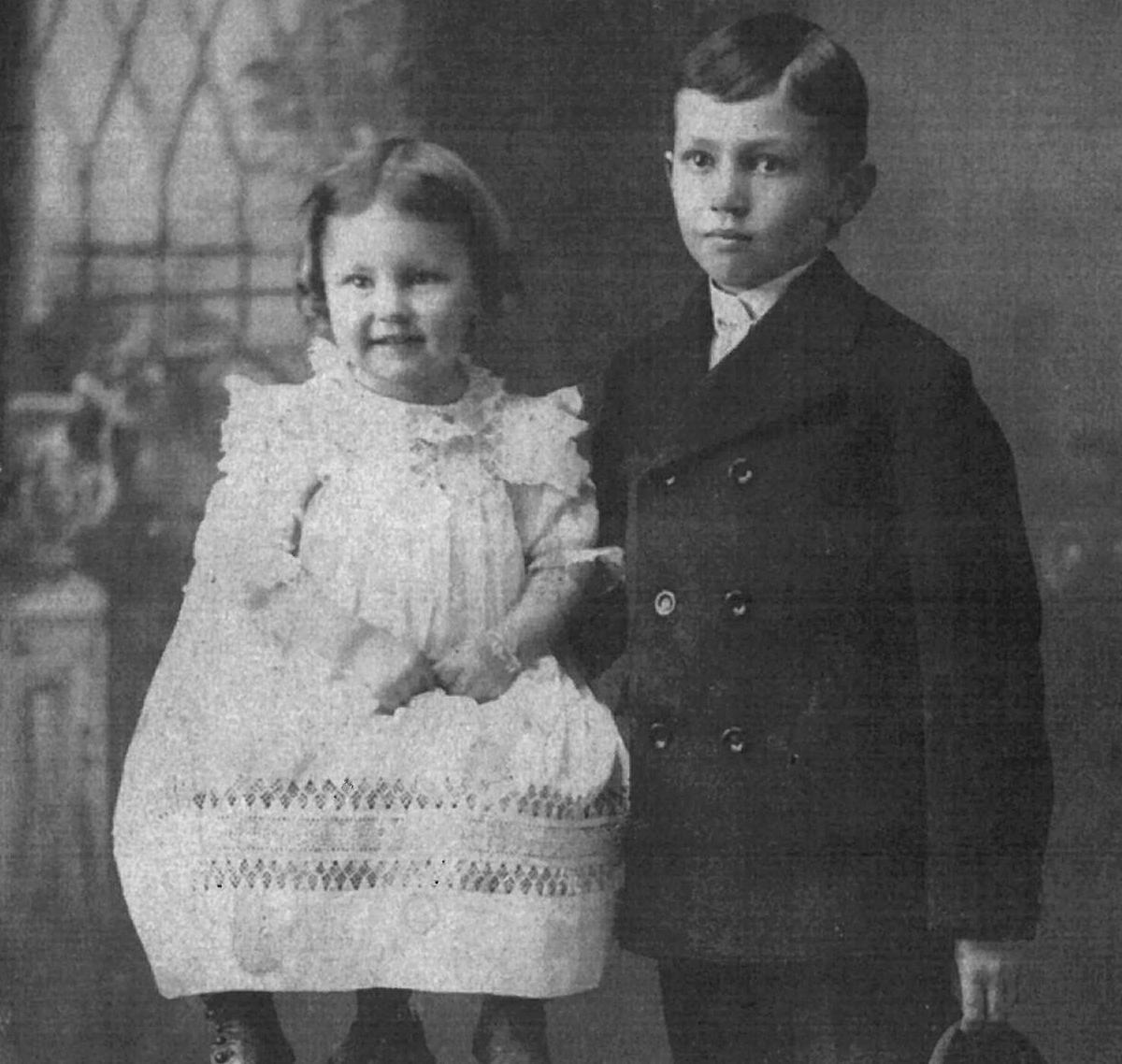 Children of J.R. and Mollie Florida, Ruth and Earl. 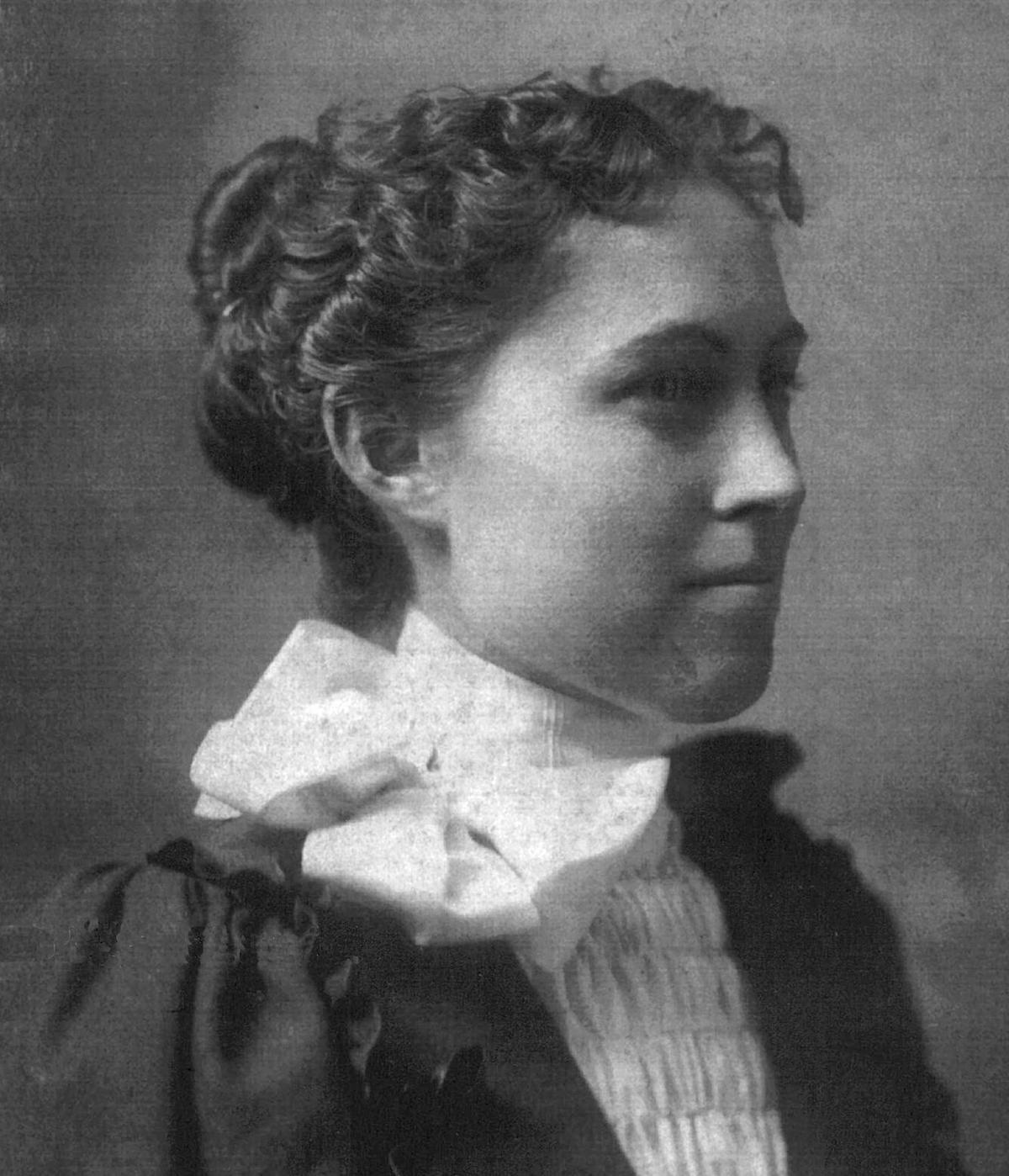 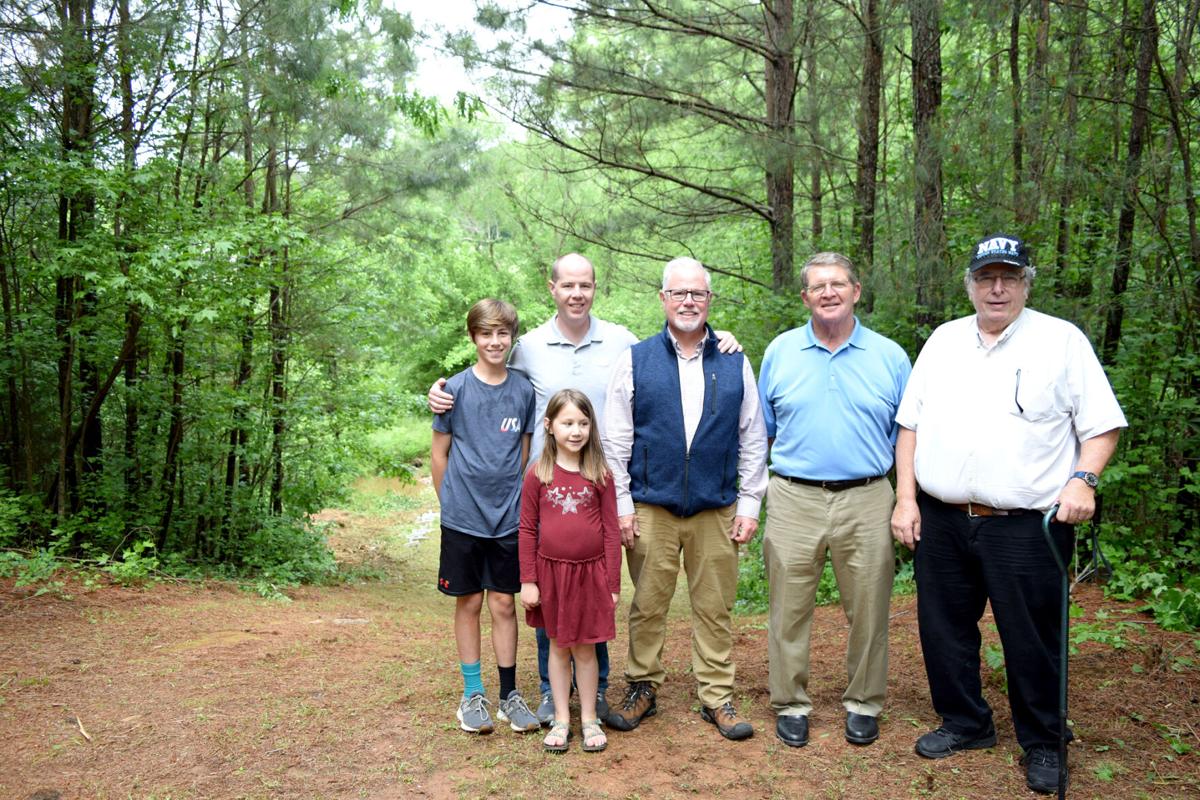 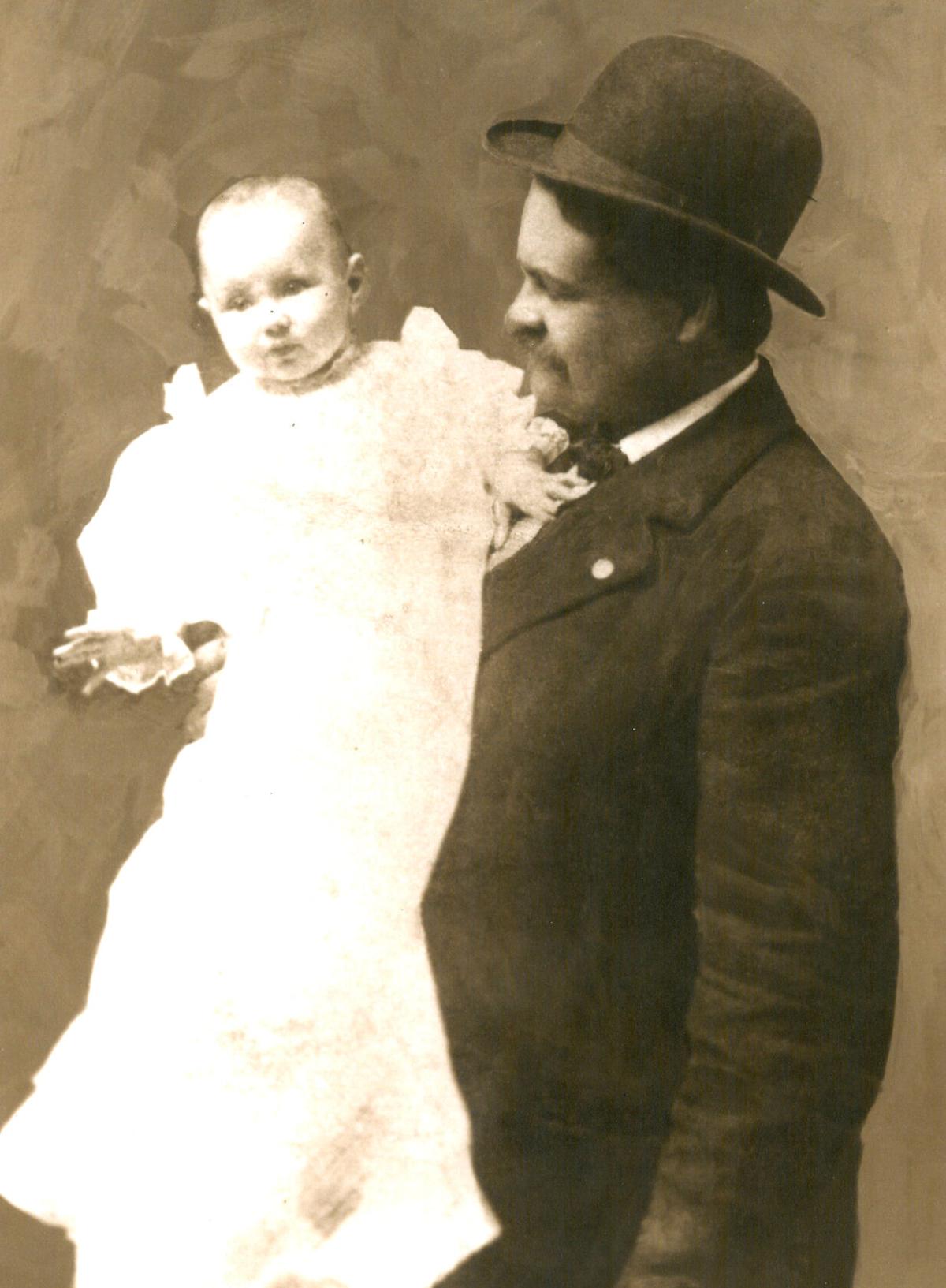 J.R. Florida is pictured with one of his children. 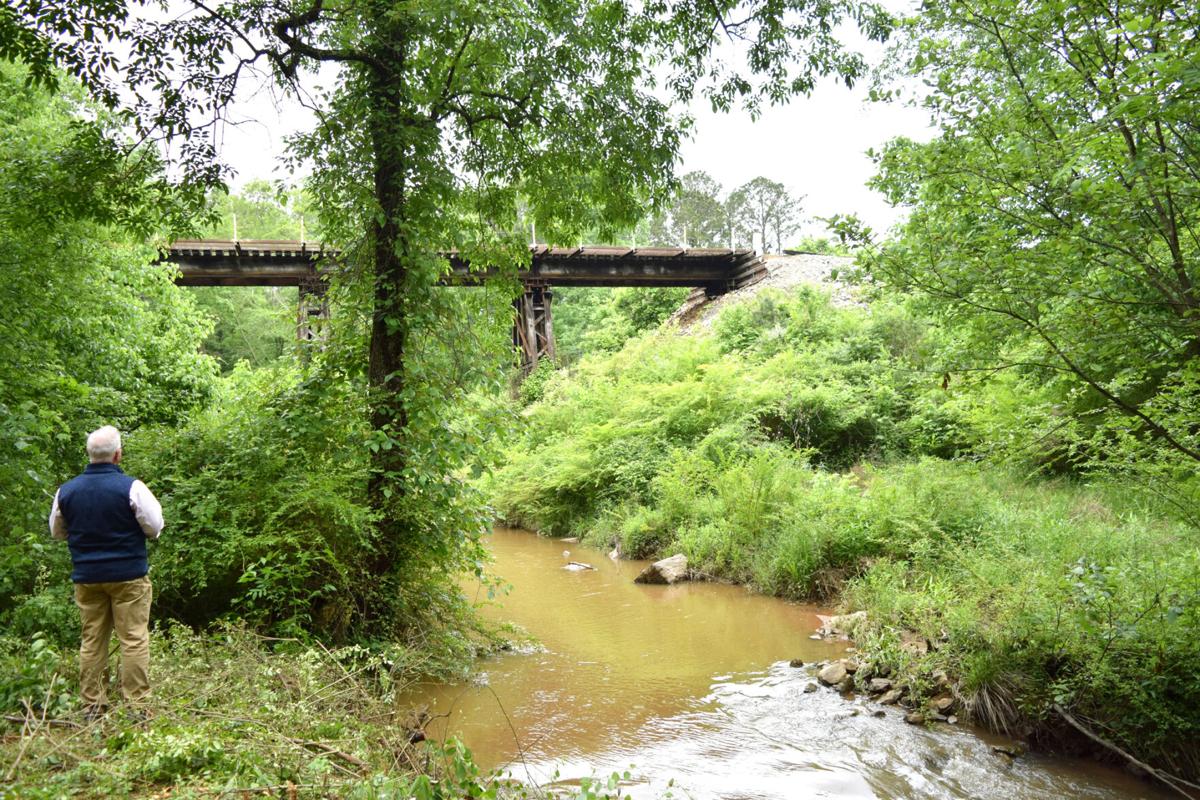 John Cook stands on the bank of Camp Creek gazing at the train trestle that in 1900 was washed out causing the worst train wreck in Georgia's history. 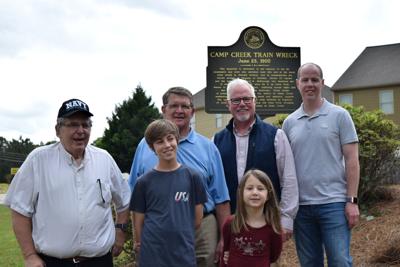 From left: Clifford Bass, Bill Blair, John Cook and Justin Cook. On the second row are siblings John and Clara Cook, children of Justin Cook. All are descendants of J.R. Florida who died in the Camp Creek train wreck on June 23, 1900. 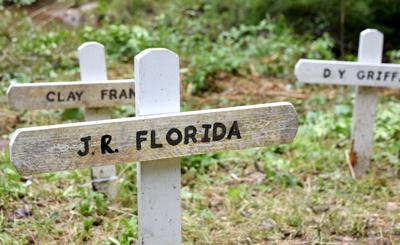 Children of J.R. and Mollie Florida, Ruth and Earl.

J.R. Florida is pictured with one of his children.

John Cook stands on the bank of Camp Creek gazing at the train trestle that in 1900 was washed out causing the worst train wreck in Georgia's history.

McDONOUGH — The past, present and future converged to create a single moment in time on the banks of Camp Creek last week.

Five family members stood on the creek’s bank surrounded by white memorial crosses, one of which bears the name of a man they never met, but who is ultimately responsible for their birth.

Direct descendants of J.R. Florida took in the enormity of the moment as they stood listening to the rushing water of the creek and the sound of a train passing overhead.

J.R. Florida died almost 121 years ago when the No. 7 train he was aboard plunged into Camp Creek on June 23, 1900. The accident is considered the worst train wreck in Georgia’s history.

Florida is Justin Cook’s great, great grandfather. He was overwhelmed by the moment, his voice softening as he talked about Florida.

“J.R. had no idea the legacy he would leave,” Justin said. “It’s amazing to be here.”

John Cook, Justin’s father, stood next to his son feeling just as overwhelmed.

“Who J.R. was didn’t stop here (at Camp Creek),” John said. “Who I am comes from the guy who lost his life here, but really he wasn’t lost.”

John said their visit to the memorial site was a way to learn more about J.R. Florida and to honor all those who died in the wreck. The family traveled together from Tennessee to visit the site and learn about the city of McDonough.

A total of 39 people died that night in 1900, many of whom were unidentified and buried in the city’s cemetery.

For most of June 1900 torrential downpours soaked McDonough causing flooding in the city’s low-lying areas and the swelling of creeks and streams. Unbeknownst to train operators, the trestle’s support had become weakened by the relentless rain and creek waters. As No. 7 attempted to cross, the trestle gave way, plunging the train cars into the rushing water.

Bill Blair, cousin to Justin and John Cook, waited 50 years to visit the site. Florida is his great grandfather. Now in his 70s, Blair said the older he got, the more compelled he felt to learn of his family ancestry. His cousin Clifford Basso, too, was researching the Florida side of his family history.

Basso’s mother is Elizabeth. She is a child of J.R. Florida’s daughter, Ruth. He grew up looking at a shadow box filled with keepsakes that belonged to J.R.

“I always saw it, but didn’t think much of it as a kid,” Basso said. But as he aged he also began to think more about the tobacco tin, locket, bracelet and photographs encased behind glass and the man to whom the treasures belonged.

He said thanks to J.R., his wife Mollie and their children, Ruth and Earl, the family has grown to more than 200 descendants.

“It amazes me even though he lost his life, he’s responsible for so many people being on this earth,” Basso said.

Jan Madison, event and information specialist at the McDonough Welcome Center, said she was thrilled when Florida’s family contacted her.

“It’s not only their history, but it’s the city’s history, too, and we were excited to share what we knew and learn more about J.R. Florida and his family.

Just north of the McDonough Square along Ga. Highway 42, the city placed a historical marker in 2013 honoring the victims. Thirty-nine white crosses dot the creek’s bank.

Madison said it was a true blessing to have the family travel from Tennessee to visit the city.

“We learned from each other, and it was wonderful to meet them,” she said.

The family was awarded a key to the city by McDonough Mayor Billy Copeland and shared a meal with him at Gritz Family Restaurant on the Square. They also received a personal tour of the C.O. Polk Interactive Museum where they learned more about the city’s history.

“We have to remember all this so we can make sure our family and the city don’t forget what happened here,” Blair said. “I look up at the train trestle now and think about not only what we lost, but how it brought a community together to rebuild and support each other through the devastation.”

Madison Clark Is Officially Returning to ‘Fear The Walking Dead’

Madison Clark Is Officially Returning to ‘Fear The Walking Dead’